On Sept. 12, Apple (NASDAQ:AAPL) finally unveiled its long-awaited premium iPhone, which we now know is called the iPhone X. The phone is — at least from what I’ve seen from Apple’s presentation, as well as hands-on videos posted by attendees of the event — a gorgeous iPhone, packed with a lot of innovative and exciting new features.

I strongly suspect that, on the strength of the new iPhone X, as well as the surprising strength of the lower-cost iPhone 8 and iPhone 8 Plus models, Apple will enjoy the oft-talked about “super cycle” that analysts expect, and Apple shareholders hope for. 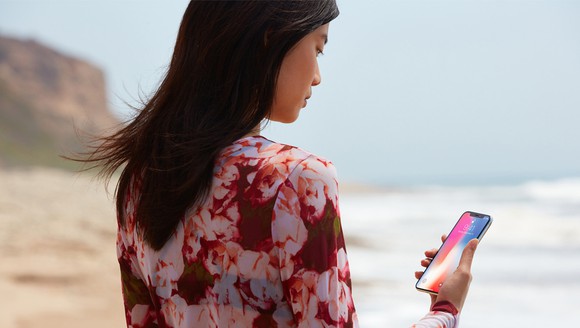 There’s little doubt in my mind that the fiscal year 2018 will be a banner year for Apple and for the iPhone. For Apple to build off what is almost certainly going to be a strong fiscal year, it’ll need to endow its 2018 iPhone lineup with some killer new features to pique customer interest.

Fortunately, I think Apple left enough out of this year’s iPhone X to ensure that next year’s new iPhone models will also represent huge leaps in features. Here are two features I expect Apple to include in the successor(s) to the iPhone X.

The iPhone X is nice in that it stuffs a gigantic 5.8-inch display into a physical footprint that’s not much larger than that of the 4.7-inch iPhone 6/6s/7/8.

However, there are always going to be power users who want even bigger screens, as larger screens can enhance the user experience all around. Larger screens can improve movie watching, web surfing, text messaging, and gaming — all common smartphone-use cases.

Some people aren’t willing to trade off the ease-of-use, particularly one-handed use, for screen size, but clearly — given the success of Apple’s bulky iPhone Plus models — plenty of folks are.

Apple is rumored to be working on a next-generation premium iPhone to satisfy such users with a whopping 6.46-inch display, and I think that rumor is highly credible considering the market that exists for large-screen phones. Furthermore, a larger-screen iPhone X-successor would allow Apple to command an even richer premium to what it currently wants for today’s 5.8-inch iPhone X — $999 for the base model with 64GB of storage, $1,149 for the variant with 256GB of storage — further fueling the iPhone average-selling-price growth story.

I’m quite certain that Apple will bring out a larger-screen iPhone X successor next year in a bid to stimulate upgrade activity, as well as capture additional market share in the premium-smartphone market.

One of the things I was sorely disappointed about when the iPhone X was announced was the lack of a ProMotion (i.e. high-refresh rate) display. Bloomberg reported that Apple had tested such a display on an iPhone prototype, which led me to believe that there was a good chance that we’d see it on the iPhone X.

Unfortunately, it didn’t happen. The new iPhone X still has a mere 60Hz display — though, to be fair, that display will likely prove to be the most gorgeous mobile display on the market.

ProMotion technology is a game changer, in my humble opinion, and it’s something that Apple needs to add to its iPhone lineup — or, at the very least, a premium iPhone — as soon as it possibly can. I don’t know why Apple didn’t add the technology to this year’s iPhones, but I’d guess that Apple’s manufacturing yields on the OLED displays for this year’s iPhone X were already low, and adding ProMotion technology would’ve further lowered yields.

Lower yields would’ve meant even more painful supply shortages than what Apple is likely to face, as well as a potentially higher cost structure that wouldn’t be feasible, even for a device that sells for $999+.

With a year of high-volume OLED display-manufacturing experience under its belt, as well as an additional year of research-and-development experience, Apple may be waiting to add its ProMotion technology to next year’s iPhone models.