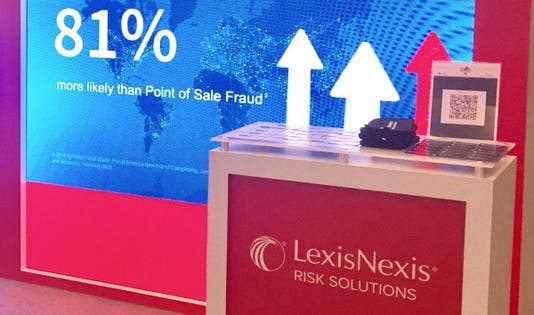 Risk management giant LexisNexis Risk Solutions is now working with the first cryptocurrency exchange to use technology acquired in an $817 million deal earlier this year.

The partnership to verify the identities of Melbourne-based Blockbid’s customers also marks the first time LexisNexis has combined its existing database of high-risk individuals with 1.4 billion unique identities brought to the company from ThreatMetrix, which was acquired in a cash deal announced in February.

While Blockbid plans to use the two pools of identity data to gather information about its customers during the onboarding process, LexisNexis senior vice president Thomas Brown positions the newly combined products as part of a larger push within the industry to bring services traditionally offered to banks to cryptocurrency exchanges.

“This deal is a great example of trying to bring the type of bank-grade capabilities to the cryptocurrency world that we’ve offered in banks around the world for decades,” said Brown, who also works with LexisNexis parent company RELX Group’s global market development.

Historically, cryptocurrency exchanges like Blockbid and other startups that custody cryptoassets have had difficulty obtaining accounts from traditional banks, which require their corporate account holders prove funds were not obtained through illicit means.

By cross-referencing new customers with watchlist data culled from 1,000 lists around the world, Brown says much of that concern can be mitigated. LexisNexis Risk Solutions generated $2 billion revenue last year and had already begun to offer its existing services to a number of cryptocurrency projects prior to the ThreatMetrix acquisition.

But in the face of rising fraud being reported at both the state and national level, protection against known threats was just half of what Blockbid wanted to provide, according to chief operating officer, David Sapper. In a huge leap away from the anonymity sought by early cryptocurrency users, Sapper says institutional clients are looking for a “continuous” way to guarantee their identity.