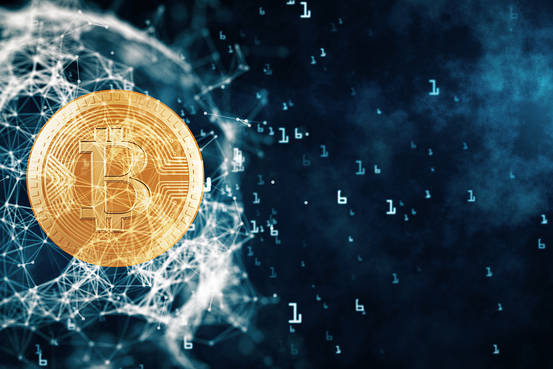 Matt Hougan was a pioneer in the world of exchange-traded funds at a time when most institutions shunned them. He served as chief executive of ETF.com, a ratings and analytics firm, and Inside ETFs, an educational company.

In February, Hougan joined another nascent industry, the world of cryptocurrencies. He is now global head of research at Bitwise Asset Management, which recently started a privately traded cryptocurrency index fund called the Bitwise HOLD 10 that invests in the 10 largest digital coins by market cap. (It’s available only to accredited investors, those with $1 million in investible assets or annual income of $200,000 or more.)

Hougan, 41, sat down with Barron’s last week to talk about how bitcoin and its peers are similar to ETFs—and how they’re very different.

Barron’s: It looks as if bitcoin has lost its mojo. Why invest in it now?

Hougan: First, I would push back on the idea that it has been a bad investment. It is up 900% maybe over the past year, which in the history of finance is one of the greatest returns for a publicly traded security ever. So it is more about the time scale. But it is true that it is down substantially.

I’ve been thinking a lot about the term HODL right now. [HODL is used by bitcoin fans as a rallying cry to keep people from selling during a rout. It’s also used as an acronym for “hold on for dear life.”] HODL gets made fun of in the public media, like these people who buy bitcoin or crypto and hold on for dear life are crazy. But it is actually the same thing as saying “buy and hold.” It is what Jack Bogle and Warren Buffett teach us to do in equities.

The thing that is missing from HODL is a little R at the end, which would stand for “rebalance.” If you were making an allocation to the crypto space, the bet you are really making is that over a very long period of time—five or seven years down the road—this allocation is going to be worth more than it is today. It is a new early-stage technology that’s developing very quickly. It has an addressable market measured in the trillions. It may get there. But it is like an early-stage venture-capital investment.

It’s the same thing you would do if your equity allocation got out of whack. The same thing is true for people who bought in January. If you bought in January and you were trying to make a 1% or 2% allocation in your portfolio to crypto, and it has gone down by 50%, you should be buying now to bring it back up to that 1% or 2% allocation, because now you only have half a percent in your portfolio.

This is what institutional investors do: They set their targeted asset allocation in equities, bonds, alternatives, commodities, et cetera. They will watch it and will rebalance it as it gets out of whack. It makes you always consistently sell high and buy low, which is what you want to do. So HODL is the only rational approach to crypto. It just needs to be HODL with a little R after it for rebalance and then investors will do well.

Q: Your firm Bitwise sells this index fund with 10 coins. Why buy so many when some of them may end up being useless in the end?

A: All of them are risky, which is why you need so many coins. I think of it in a couple of different ways. As I said earlier, this is an early-stage technology. To bet on any single winner at this stage of development flies against everything we know about how technology develops. Sometimes the first mover in technology captures the lion’s share of the market—take Amazon.com (ticker: AMZN). Often the first mover doesn’t, like MySpace or Betamax. Betamax was even a better protocol than VHS. But it didn’t win the game.

So when you are investing in early-stage technology, it behooves you to take a diversified position across multiple different protocols, because you don’t know which one is going to dominate in the future. You may even be fairly confident that it is bitcoin or ethereum. But to say you are so certain that’s the only place you want to make your bets is foolish. It just flies in the face of how technology develops. We give you the 10 most established ideas in the space. If a new one comes into the fund, maybe it becomes the 10th largest, and the fund makes a 1% allocation. If it eventually takes over, you are going to gain substantially from having that exposure.

We didn’t want to go too much deeper, because the market cap tails off quickly. Those smaller coins are hard to trade, they’re illiquid, and you don’t get much diversification benefit. But by having that broad-based exposure, you capture all of those bets. I would also add there is a major traditional diversification benefit from having more than one coin. If you plot out all those 10 coins, you get higher returns at lower risk. If you look at the past five bitcoin bear markets, where bitcoin pulled back by 20% or more on average, four of those coins were actually positive during those pullbacks. It is not the case that these coins trade in a similar manner. Actually, their correlations are quite low, so there is a huge advantage to diversification.

Most of the investors I talk to in crypto are not deep technology experts. They are just trying to make a bet that this transformational new technology will be massively important in the future, and they don’t really know which protocol is better or which has the better developer—they just want to bet on crypto. If you want to do that, literally the only way you can guarantee that you will benefit is to buy an index fund that captures all of those coins.

Q: You were a pioneer with ETFs, helping build that market and seeing early on where it might eventually go. Now you’ve moved to cryptocurrency. What do you see now that is similar? What do you see that is different?

A: I see a couple of things that are similar. One of the reasons they both appealed to my view of the markets is at the end, they are both about disintermediation. So people get confused about ETFs. They don’t understand the core driver of their lower costs is that they disintermediated places like Schwab OneSource that charge mutual funds for exposure. They made it easier for investors to get direct exposure to what they want.

The long-term payoff of blockchain and distributed-ledger technology [the backbone of most cryptocurrencies] is the same. It is disintermediating parts of the financial system that are taking rent from investors or from individuals. And so, that process of making things more efficient appeals to me.

From an investment perspective, 15 years ago with ETFs, people didn’t know how they worked. People thought they were hugely risky, most people dismissed them as a niche idea that would never catch on. Even Vanguard, one of the largest players in this space, thought they were bad for investors and not beneficial. I see a lot of the same things in crypto. People dismiss them out of hand without digging in and thinking about what the technology could mean. Many large-scale financial institutions are not jumping into the game. Investors are confused how to use them and how they fit in their portfolios.

I think if you backed up 15 years ago and you asked JP Morgan and American Funds and Nuveen and a lot of the other major active mutual fund players, would they have launched ETFs, would they have gotten into the market knowing what they know now, they would say yes. I think that may be true of JPMorgan, Goldman, and other people who are playing skeptical roles in the crypto space now. I think they may look back on this in the same way in the future.

Now, they are different in many ways, too. ETFs are a solution for the core of investors’ portfolios. Crypto assets are designed for the extreme risky end of investors’ portfolios. ETFs should make up 98% of your allocation; crypto should make up 1% to 5% of your allocation. We are talking about completely different pockets. People who put more of their risk capital in crypto assets should not do that—and I sell a crypto fund. But do not do that.

They are very different in the problems they are trying to solve from an investment perspective. But in their function as disintermediation and in the way that traditional Wall Street dismisses them as a crazy idea in niche technology—there are a lot of analogies.