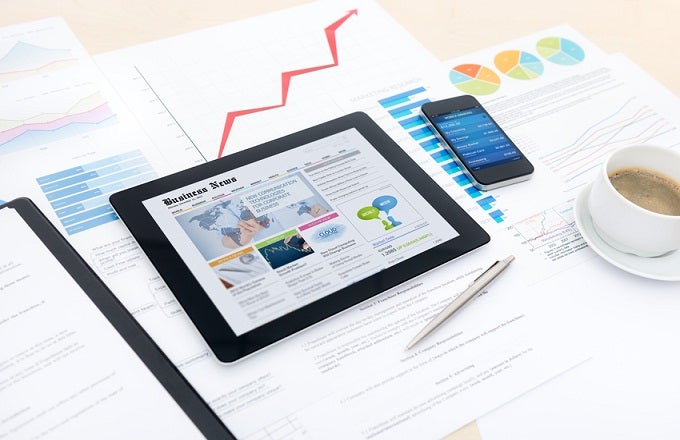 Rising inflation and interest rate uncertainty have been weighing on stocks for some time now, but new for 2018 is a flood of market-moving news that seems to be hurting investor sentiment.

That was the case in the latest investor survey from Ally Invest, the discount brokerage arm of Ally Financial Inc. (ALLY), which showed bullish market sentiment dropping from 62% a mere three months ago to 27%. “Corporate earnings and tax reform are top of mind (for investors), but what is also on people’s minds is the political environment and the impact it is having,” said Richard Hagen, president of Ally Invest, in an interview with Investopedia. “Even outside of the political environment, news in general has been picking up.”

[Check out Investopedia’s Charles Schwab review to learn about this iconic broker with powerful charting tools.]

To say that news is driving trading in recent months would be an understatement. After all, investors have a lot of news to choose from. On the economic front, there is story after story about President Donald Trump’s proposed tariffs on imported aluminum, steel and China products. Then there is the investigation into Russian meddling into the U.S. election and the Cambridge Analytica data scandal with Facebook, Inc. (FB). This is not to mention that President Trump has been ratcheting up the criticism of Amazon.com, Inc. (AMZN), even ordering a review of the United States Postal Service’s finances. On top of all that, fired FBI director James Comey’s book just came out, and he has been making the media rounds ever since.

But the news doesn’t stop there. Ally’s Hagen also pointed out that there this is a lot of finance news emanating from the web, whether it’s about initial public offerings, the latest and greatest from Apple Inc. (AAPL), or what Walmart, Inc. (WMT) is going to do to take on Amazon. “There’s more headlines out there, and people are digesting it and now reacting,” he said.

Last week, Ally announced that customers have turned much more negative compared with the previous quarter. According to the in-house survey conducted at the end of March, the bullish/very bullish sentiment dropped to 30% this quarter from 76% just three months earlier. This suggests that investors expect a slowdown of the bull market that started 2018 in its ninth year, Ally Invest said in a press release announcing results of the survey.

What’s more, clients of Ally Invest appear to be losing their enthusiasm for the FAANG stocks – or Facebook, Amazon, Apple, Netflix, Inc. (NFLX) and Google parent Alphabet Inc. (GOOG). The majority of those polled said they think Facebook will report an earnings disappointment, while they believe that Amazon should exceed Wall Street’s views. Both are slated to report first quarter earnings later this month. Facebook is scheduled to weigh in with quarterly results on April 25, while Amazon is on tap a day later.