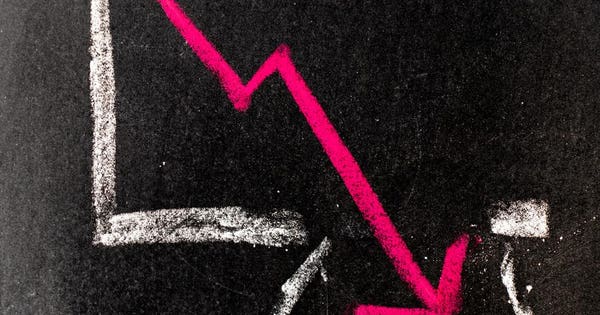 Retirement is just around the corner for many baby boomers, but most are not feeling very confident about their retirement preparedness according to a Bankers Life Center for Secure Retirement research report. According to the report, less than one-third (31 percent) of middle-income boomers feel prepared for retirement and lower income boomers feel even less prepared. So what is driving this lack of preparedness and uneasiness? According to Scott Goldberg, President of Bankers Life, the late 2000s financial crisis acted as a serious wake-up call for boomers. He stated that many “middle-income boomers had lofty expectations of what retirement would be like before the crash, and post-crisis people have a more grounded view of what retirement will look like and cost.”

Without a doubt, the 2008 crash has shaped the economic and financial views of multiple generations. Some emotional and behavioral changes have not (and perhaps should not) return to pre-crash norms. Although the financial markets have recovered from the crisis, the recovery has been uneven. Underlying the uneven recovery is that roughly half of Americans own no investments in stocks. Furthermore, the top 10 percent of Americans owns 84 percent of all stocks. This concentration of ownership is up from 77 percent in 2001. The ownership of the vast majority of equity returns in the hands of a small percentage of Americans in part explains why so many boomers are not feeling the recovery.

In addition to allowing for delayed Social Security claiming, phased retirement also helps retirees in three other ways. First, it helps the retiree find meaning in their life. By retiring “cold-turkey,” many retirees struggle to stay engaged and happy. Second, by delaying retirement, retirees can push off the time period that they need to take withdrawals from their investments or savings, allowing these assets to grow for additional time. Third, by working longer, you also shorten the retirement period, which means you need less money saved up.The reality is that most American retirees will be reliant on Social Security and Medicare. According to another research finding by the Center for Secure Retirement, only 1 in 10 retired baby boomers are primarily living off investment income, instead mostly relying on Social Security and pensions for their income. For most Americans, Social Security is the primary source of retirement income. As such, making a smart and well informed decision about when to claim Social Security is crucial for a retiree’s financial stability. According to Mr. Goldberg, far too many people retiree too early and more should consider phasing into retirement. By taking a phased-retirement approach, it is easier to delay Social Security claiming as your work continues to provide income.

Another way to improve your retirement preparedness and financial security is to rethink your investment and retirement income strategy. Research by The American College of Financial Services shows that consumers who work with a financial advisor feel more confident about their own retirement than those who do not work with an advisor. Many Americans are not invested in stocks, but the long-term investment growth is very powerful for anyone looking to have a financially secure and independent retirement. While bonds and CDs might feel safer, it is hard to fund a retirement with returns off of safe investments today with interest rates being so low. Furthermore, if interest rates begin to rise, this will actually decrease the value of existing bonds and CDs today. As such, make sure you diversify and don’t lock all of your investments into fixed income products today as they could decrease in value in a rising interest rate environment.

Additionally, many Americans should look into the value of adding an annuity into their retirement income plan. An annuity can provide a higher payout rate than bonds or CDs with the same level of income security. However, there are many different types of annuities on the market and they are not all created equal. Deferred income annuities and qualified longevity annuity contracts (QLACs) can provide a valuable retirement income source for those looking for future income payments in retirement. QLACs are a useful annuity to review because they can be purchased under favorable conditions in an IRA or 401(k). Because they are simpler products due to government regulations, QLACs can be more easily compared across companies to ensure that you are getting a good deal.

So for boomers that are not feeling secure about retirement, talk to a financial professional about your asset allocation, consider investing in equities, and look into the value of adding an annuity to your retirement income. Also, don’t disregard the value of working a bit longer. Even if it is for just a few more months or another year, it can add a lot of value and financial security to your future.