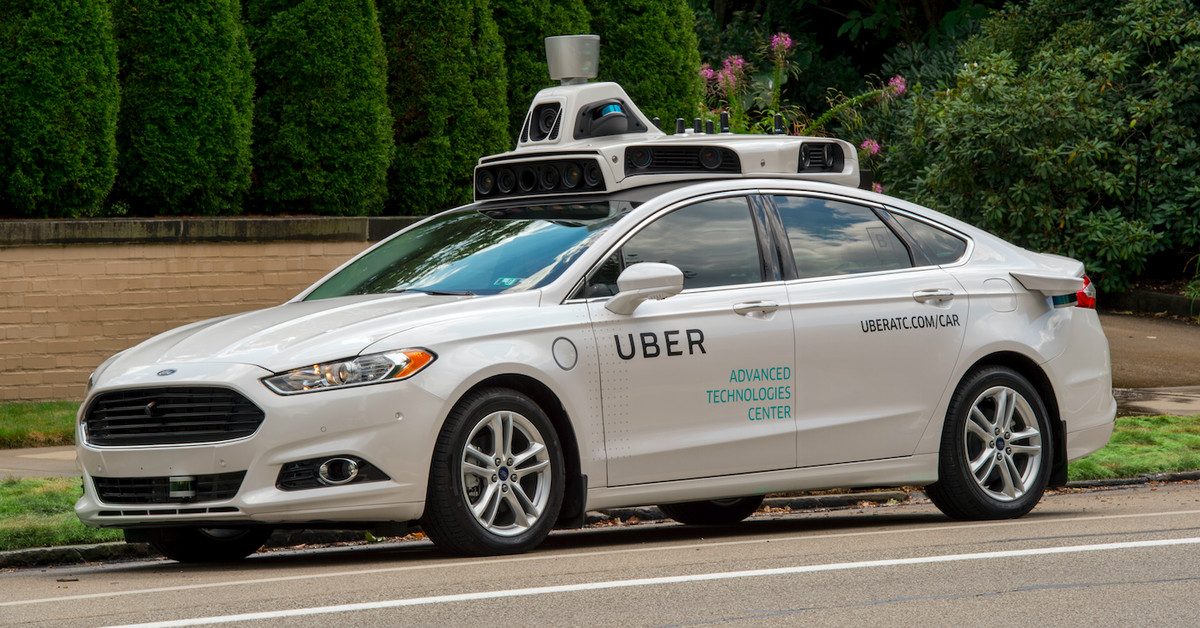 A key document in Alphabet’s legal battle against Uber reveals that a former Alphabet executive had a trove of data on Alphabet’s self-driving car technology and accessed some of the files after he left the company.

The document outlines operational details of a startup founded by Anthony Levandowski, who was a lead engineer in Alphabet’s self-driving car division. Uber commissioned the report in March 2016 specifically to discover if Levandowski had any confidential information from his former employer, Alphabet.

Levandowski’s startup, Otto, was soon acquired by Uber, and he was put in charge of its budding self-driving department.

Levandowski and his co-founder Lior Ron had images of Alphabet’s self-driving car components on his phone and repeatedly discussed deleting or actually deleted “potentially relevant” files from his personal devices, the report revealed.

It does caution, however, that some of these files may have been deleted in good faith so that neither Ron nor Levandowski retained any confidential information before leaving Alphabet and selling their company to Uber. In the same breath, the report, conducted by cybersecurity firm Stroz Friedberg, also said they were both still deleting files after they became aware they the firm would be looking through their personal devices.

Johana Bhuiyan is the senior transportation editor at Recode and can be reached at [email protected] or on Signal, Confide, WeChat or Telegram at 516-233-8877. You can also find her on Twitter at @JmBooyah.

The judge in the case, William Alsup, and the jury that has yet to be selected have a difficult task ahead of them as they eventually work to determine whether Uber is guilty of misappropriating trade secrets.

Uber contends the report proves that none of the files Levandowski downloaded made it to the company. Alphabet says they need more time to pursue this evidence.

This is a bombshell case, particularly since Alphabet is also an investor in Uber, and that a battle between two large tech companies could have a resounding impact on the nascent self-driving industry.

Based on our own reporting and the new information in the report, we put together a clearer timeline of Levandowski and Ron’s path to Uber in an attempt to piece together some of how this all this happened.

The due diligence report reads:

“At one point, Levandowski said that he asked Brian McClendon, who left Google to join Uber, how much Uber would be willing to pay for the Chauffeur team, claiming he wanted to have a market value for the team.”

September to December 2015: Those talks progressed “and escalated from Uber being a customer for after-market car kits to it acquiring Levandowski’s start-up company,” the report reads.

September 17, 2015: Stroz Friedberg found a note created on this date on Levandowski’s iPhone that discussed “doing business” for Uber.

It also included references to “Senior Mgmt layer business lead I ceo,” “doing business for Uber,” and “how can it not have Google IP in it.”

December 2015: Levandowski and Otto co-founder Lior Ron invite Google self-driving employees to Levandowski’s house to give a presentation about their new company.

January 2016: Days before Levandowski left Alphabet, he had another group meeting at his house where he says 10 people in attendance were Alphabet employees.

“According to Levandowski, at this meeting they discussed an exit strategy from Google and actively encouraged the employees to leave Google,” the report reads.

January 12, 2016: Ron searched “how to permanently delete google drive files from my computer” and “how to securely delete files mac.”

January 13, 2016: Ron resigned from Google where he worked on maps.

A few weeks after his departure: Levandowski discovered some Google equipment, including a Street View map, and five discs with proprietary information on it.

February 2, 2016: Ron sent a message to Levandowski that said, “No problem, please re-wipe everything and start fresh vs just deleting my account if possible.”

February 26, 2016: Levandowski received a text from Otto’s head of people operations, now at Uber, Rhian Morgan that said “I’m gonna go get your stuff destroyed this afternoon btw ill send you a bill and a pic/video.”

March 1, 2016: Levandowski sends and receives a series of texts about deleting files. They include a text from Levandowski to an unknown recipient stating, “Ok good reminder to delete the iMessages every night,” a text from Rhian Morgan to Levandowski stating, “i’ve been paying for shredding on my card, since it’s not technically a business expense for OM. LMK if I should expense it or send you a bill instead.”

March 9, 2016: Levandowski sent a text to Ron that said “Make sure you delete all the messages tonight on both your PC and iPhone.” That text was also deleted.

March 11, 2016:Levandowski informs his attorneys and Uber vice president of corporate development Cameron Poetzscher that he had these discs. Poetzscher told him not to destroy the discs and preserve them for “record keeping” purposes.

Nina Qi, who also worked on corporate development at Uber until July 2017, also told Ron not to destroy the discs.

Kalanick told him he wanted nothing to do with the discs. Levandowski said he brought the discs to a shredding company called Shred Works.

March 22, 2016: Stroz Friedberg interviewed Levandowski and Ron. Levandowski also emptied his trash folder on his personal device during this interview.

Ron deleted a file called “Chauffeur win plan.docx,” right before his interview. Chauffeur is the internal name at Alphabet for Google’s self-driving project.

April 4 and 6, 2016: Stroz Friedberg visited Shred Works to verify that Levandowski destroyed the discs. They showed pictures of Levandowski to employees and no one recognized them. They also could not find receipts with Levandowski’s name on them. They did however see a record of five discs being destroyed but the signature was illegible.

The interviews of Shred Works’ employees and the Shred Works’ documents do not confirm Levandowski’s contention that he took the five disks to Shred Works on the same day as his meeting with Uber, which was March 11, 2016. Levandowski is fairly recognizable, and Stroz Friedberg’s interviews were conducted not long after the alleged event No one recognized him as having appeared on March 11, 2016 or any other date. The March 14, 2016 receipt for the destruction of five disks could better support the proposition that the disks were destroyed at Shred Works on a day later than Levandowski recalls, but there is no way to connect that receipt to Levandowski or the five Levandowski disks at issue.

August 2016: The original heads of Uber’s Advanced Technology Group, including former director John Bares, planned to have cars on the road by this time.

February 23: Alphabet filed its lawsuit against Uber alleging Levandowski downloaded files and stole proprietary information to bring it to Uber.

May 30: Uber fired Levandowski for not cooperating in the lawsuit.