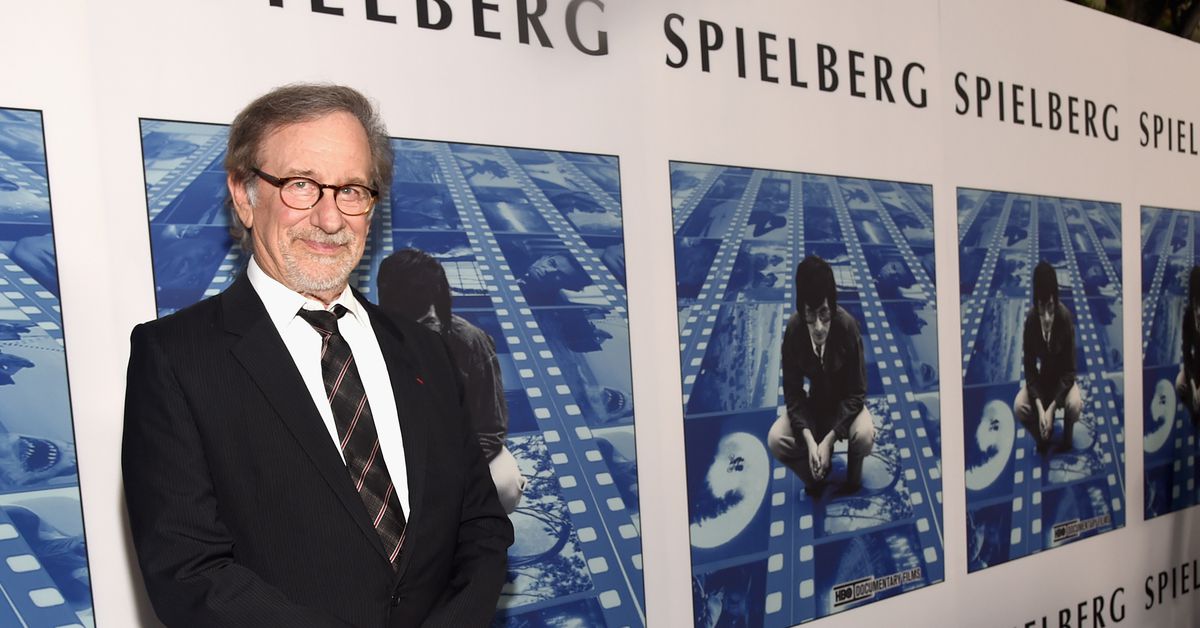 Earlier this year, Apple told Hollywood it was getting serious about TV by hiring two producers from Sony.

Then Apple told Hollywood it was serious about TV again, by making it clear that it was willing to spend a $1 billion or more on its own shows.

Now it’s saying it one more time: Apple is getting into business with Steven Spielberg, by reviving his old “Amazing Stories” show that ran on NBC in the ’80s, via a deal with NBCUniversal.*

The Wall Street Journal, which broke the story, says Apple may be paying upward of $5 million an episode for 10 episodes of the new show. Apple didn’t have any comment, but NBC was happy to celebrate the deal, via a comment it attributes to NBC Entertainment president Jennifer Salke:

It’s wonderful to be reunited with our colleagues Zack [Van Amburg] and Jamie [Erlicht] in their new capacity at Apple. We love being at the forefront of Apple’s investment in scripted programming, and can’t think of a better property than Spielberg’s beloved “Amazing Stories” franchise with the genius of Bryan Fuller at the helm and more exciting creative partnerships to come.

Okay, okay, okay. We get it. Apple is going to spend a bunch of money making a bunch of TV shows, using a lot of A-list talent. So we will see more of these announcements.

One day you may also hear, for instance, that Apple has outbid Netflix for the rights to make a show with Jennifer Aniston and Reese Witherspoon. It is also interested in, among other things, the James Bond business.

Here’s the thing we don’t get: What exactly is Apple going to do with all of this stuff?

We know that Apple doesn’t plan on doing what Apple has done with its TV projects so far — using them as promotions for its Apple Music service. But that doesn’t tell us what it will do instead.

A billion dollars — or more — is a lot of money. But it’s not enough to launch a Netflix (or Amazon- or Hulu)-style subscription service. If Apple wanted to go that route, it would be also be buying up libraries of older shows and movies — or entire content companies, like Time Warner — so people would have stuff to watch when they’re done with the Spielberg (or Aniston, or whatever) shows.

So what else is left? Will Apple simply view these as a very expensive marketing campaign for its phones and other hardware? That seems like an odd way to spend time and energy. Or is there some other subscription plan in the works, where content would only be a part of the offering?

Note that all of the stories you’ve read about Apple’s appetite for content don’t explain why Apple has an appetite. Just that it exists. Figuring out why it’s hungry, and what it intends to do with the stuff its ordering, ought to be fascinating.

* NBCUniversal is an investor Vox Media, which owns this site.