The Weather app that ships with the iPhone is the go-to place for most iPhone users when they are looking for weather information for their current location or any other city around the world. But in what seems to be a bug with the app, its search results do not include cities from the Indian states of Jammu and Kashmir and Arunachal Pradesh, both highly sensitive on account of their borders with Pakistan and China. In Apple Maps – which doesn’t have many users in India because of missing data and lack of features like navigation – cities from the two states are clearly marked, but a search for them shows no results.

A request for comment from Apple remained unanswered at the time of publishing this story.

Gadgets 360 tried searching for Srinagar on the iPhone Weather app and only Srinagar in Uttarakhand and Bihar showed up in search results (see screenshot below). The results were same using the Weather app on iOS 11 – the most recent version of Apple’s mobile operating system that launched last week – and iOS 10, presently the most popular version of the OS. 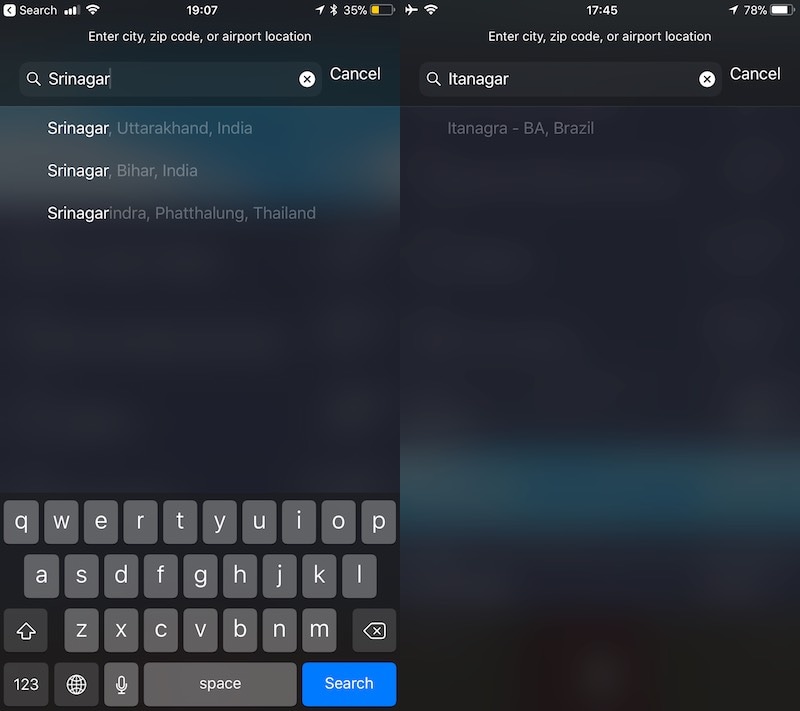 We had a similar experience searching for other cities like Jammu and Leh on the iPhone Weather app, and looking up Itanagar, the capital of Arunachal Pradesh. Meanwhile, cities like Aizwal and Dispur from the neighbouring states of Manipur and Assam show up as expected in Apple’s Weather app. Reports on the Internet indicate this problem may have been present for some time.

Interestingly, the state of Arunachal Pradesh shows up as a result in both Maps and the Weather app, but, as mentioned earlier, its cities are missing from search results in both apps. Siri, Apple’s voice-based assistant, also shows up the weather for Srinagar in Jammu and Kashmir when you ask “What’s the weather like in Srinagar?”, but again, the city is missing from results in Maps and Weather apps. 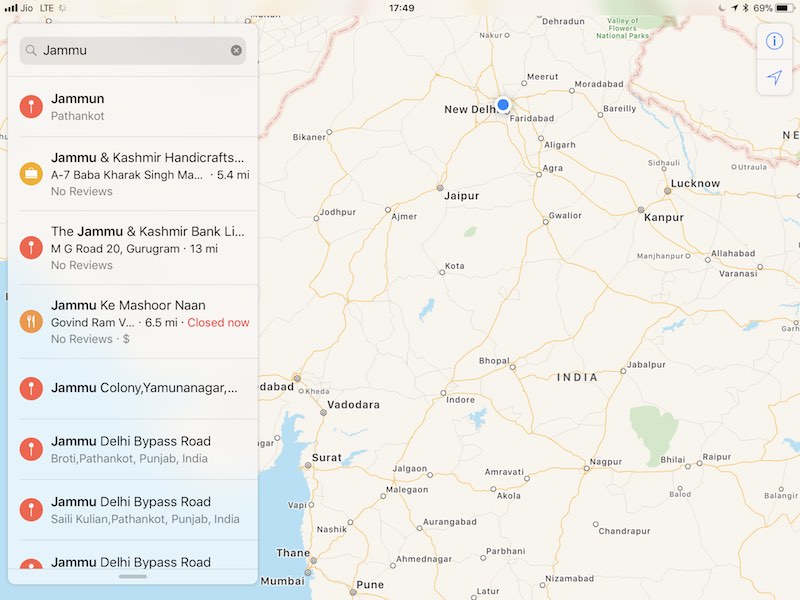 The weather data on Apple’s Weather app is powered by Weather.com and a search on Weather.com’s iPhone app and website throws up all cities mentioned above, as you would expect. This means Apple’s iPhone app is using some other data sources for the functionality where it lookups a city – possibly Apple Maps, which itself does not return these cities in its results, as explained earlier.