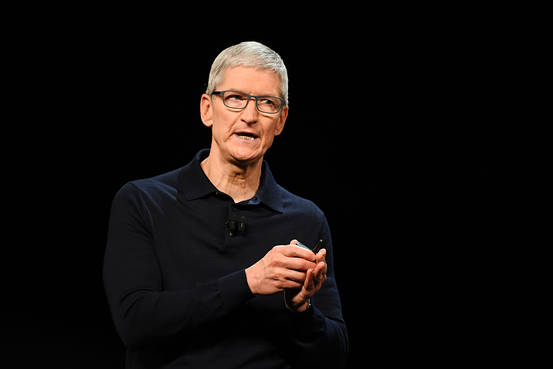 Apple Chief Executive Tim Cook takes every opportunity to highlight his company’s commitment to privacy–often at the expense of Facebook (FB).

So when Apple (AAPL) vowed to make it harder for law enforcement agencies to gain access to information on iPhones, the declaration was a not-so-subtle reminder the company approaches the customers’ personal information more seriously than a certain social network.

That point was driven home this afternoon, with the news that Elliot Schrage, Facebook’s policy and communications head, had stepped down after a decade at the company.

Facebook spokeswoman Vanessa Chan said Schrage “will lead the search for a successor and then work as an adviser to [CEO] Mark [Zuckerberg] and [Chief Operating Officer] Sheryl [Sandberg] on individual projects.”

“Elliot is one of the most creative and strategic people I have worked with,” Sandberg said in a statement. “He’s been instrumental in building our policy and communications teams as well as pushing many of our key initiatives–including the recent publication of our community standards, data about our effectiveness enforcing those standards and the creation of an independent election commission. Mark and I look forward to his ongoing advice over the years ahead.”

Schrage played a key role in Facebook’s response to the Cambridge Analytica data scandal this spring, and had approached management about moving on before the mid-term elections, according to Facebook.

The company has pushed hard, and often, to apologize for the misuse of data from 87 million members, many of them in California where Facebook is based. He joined Facebook from Alphabet’s Google (GOOGL), where he held a similar role.

Apple said it is “constantly strengthening the security protections in every Apple product to help customers defend against hackers, identity thieves and intrusions into their personal data” in disabling data transfer through the iPhone’s Lightning port one hour after a phone was last locked.

Sign up to Review & Preview, a new daily email from Barron’s. Every evening we’ll review the news that moved markets during the day and look ahead to what it means for your portfolio in the morning.