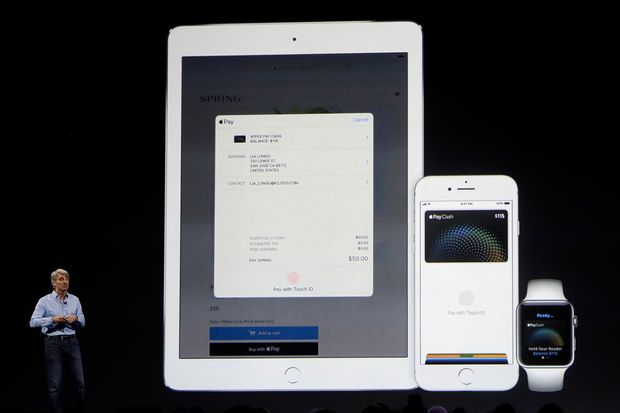 At Apple Inc.’s annual conference for developers Monday, executives face the task of not only wowing the audience with new features but also shoring up confidence that Apple can deliver quality software.

Apple’s expected emphasis on quality follows a year in which the company’s software captured headlines for the wrong reasons.

Since September, Apple has issued 14 software updates for its mobile operating system, known as iOS, and fixed 67 software flaws—a 46% increase from the 46 bugs addressed in the same period a year earlier, according to a tabulation of Apple’s software-update notes, which offer a publicly-available snapshot of software issues.

Among the most high-profile flaws the company addressed was one that caused iPhone users typing “i” to get a character described as “A [?]” instead, and another that caused messages to display out of chronological order.

The recent uptick in software flaws reflects the challenge Apple’s engineering team has faced in recent years designing a system that works across a growing array of devices, former employees and analysts said. At the same time, Apple has introduced more complicated hardware features as it tries to differentiate iPhones and Macs from rival devices.

The battle with the bugs could jeopardize Apple’s reputation for delivering products that “just work,” said Michael Covington, vice president of product at Wandera, a mobile security firm supporting companies such as Deloitte & Touche LLP and Mazda Motor Corp.

It could lead people to “question why they are paying $1,200 for a device that is no longer polished,” he said.

Apple’s reliance on the iPhone—it contributes two-thirds of Apple revenue and is the backbone of Apple’s App Store sales, mobile payments and music-streaming service—means it has little margin for software errors, analysts say. In a saturated smartphone market, Apple is expected to increase iPhone shipments at a compound annual growth rate of just 2.6% to 242.5 million by 2022, according to International Data Corp.

The company this year tabled some planned features it had hoped to introduce Monday at its Worldwide Developers Conference in an effort to improve quality, people familiar with the decision said, setting the stage for an event this week that will emphasize software performance.

Steven Sinofsky, former president of Microsoft Corp.’s Windows division, said Apple’s focus on performance is typical of a mature organization’s software development process. Writing earlier this year on Medium, he said he believes Apple’s software and hardware deliver greater quality than any company in the history of tech, especially given the scale of its new iPhone releases. The company shipped 18 million iPhone X units in the first quarter of this year, making it the world’s best-selling smartphone, according to market research from Strategy Analytics.

Underscoring the complexity, Apple is selling 40 different devices this year—a third more than it did five years ago—increasing the amount of code the engineering team must write to make sure each functions properly, the former employees said.

And with more high-end features, including smaller batteries and new sensors powering facial-recognition technology, Apple’s engineering team is facing more challenging software problems than it did with earlier iPhone models, the people said.

Apple has compounded those challenges since 2012 by releasing both iOS and Mac software updates annually. Previously, the company updated Mac software about every other year, giving the engineering team more time to fix bugs and develop new features, the people said.

Each new release adds features and layers of code that can trigger a mistake in the underlying existing code, analysts said. The code “just gets so big it becomes unwieldy, and that’s what’s happening at Apple,” said Patrick Moorhead, a technology analyst with Moor Insights & Strategy.

Software bugs can challenge app developers who want to create tools that make Apple’s devices more useful for customers. For example, when Apple introduced the Mac operating system High Sierra last year, Michael Tsai, the Mac developer behind file-organizing app EagleFiler, said PDFs would crash if a user opened the shortcut menu within the app. He spent two days identifying the bug and writing code to bypass it, and then had to check each subsequent software update to be sure the code worked.

Mr. Tsai said he and other developers would like to see Apple clean up software issues rather than announce new features. “It’s easier to build atop a solid foundation than something that’s constantly shifting,” he said.