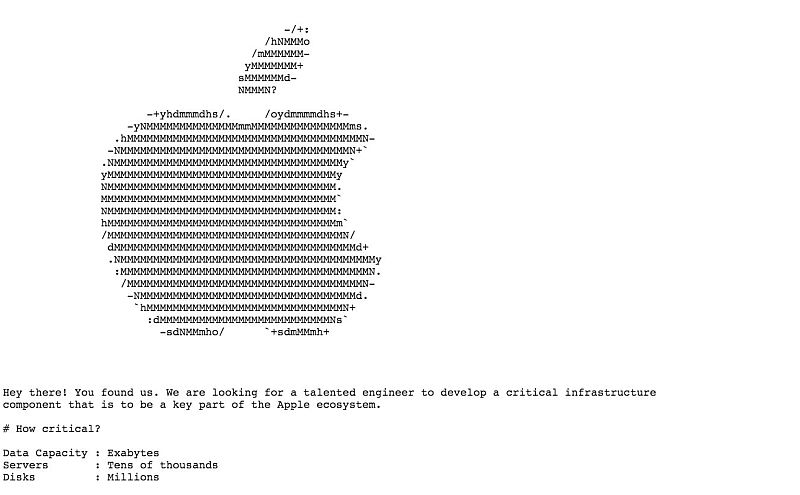 A secret job posting from Apple has been discovered that confirms that the company is looking for a “talented engineer.” The job posting, located on a hidden Apple page, was first reported by ZDNet’s Zach Whittaker. Finding the page appears to be part of the eligibility, and the listing clearly indicates that the company is looking for analytic capabilities. The job posting said, “Hey there! You found us. We are looking for a talented engineer to develop a critical infrastructure component that is to be a key part of the Apple ecosystem.”

The job listing says that the Cupertino-based giant is looking for computer skills that can deal with “critical infrastructure component.” At the moment, it isn’t clear why Apple hid the new job posting on its website. It is being said that whoever managed to find the hidden job listing on the website could land a job at Apple. For those unaware, Apple has a dedicated job listing page where it lists all kinds of job.

The job listing further also hints that the engineer will have to work with a small team though will be provided with resources of a large company.