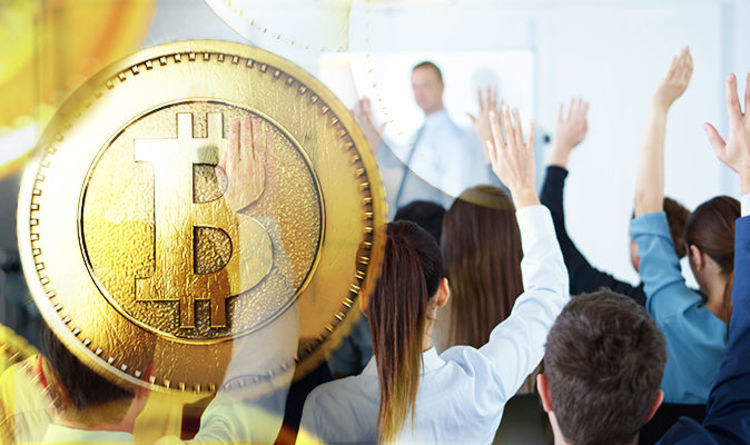 The University of California is just one elite US establishment now offering a course on digital currencies, along with Pennsylvania, New York and Stanford universities.

New Jersey teacher Timothy Breza told CNN earlier this year crypto is now on his Business and Personal Finance course for 16 to 18-year-olds.

The UK has also caught on with Cambridge University announcing in 2016 it would be the first university to incorporate blockchain as part of its Masters in Finance degree.

Should cryptocurrency be taught in schools?

Nate Flanders, who run a cryptocurrency trading platform, said schools should “absolutely” being including blockchain based on the benefits of coding alone.

The Co-Founder & CEO of Mandala Exchange told Express.co.uk: “What it really comes down to is, continuing to push coding generally into the school system.

“Java, C++, python – these are just some of the languages blockchain platforms are being built on.”

He added: “With the current push towards integrating the fundamental programming languages into school systems, blockchain should become a complimentary area of study with the possibility to major in it or specialise.”

Cryptocurrencies are still in their infancy and their volatility have been extreme.

At its peak in December 2017, the digital coin reached almost $20,000, but its tumble is symptomatic of the industry’s vulnerability to hacking and calls for regulation.

Some economists have labelled cryptos Ponzi schemes, with famed investor Warren Buffett even comparing bitcoin to “rat poison squared” in May.

But Christian Ferri, president and CEO of blockchain advisory company BlockStar, says the volatility of cryptocurrencies should not deter educationalists.

He said: “There’s no safe form of revenue. If that wouldn’t be the case, any economy commonly driven by arbitrage as we know it, wouldn’t exist.

“Volatility is the trader’s best friend, and can be a great source of revenues if you are an investor and know what you’re doing.”

Advocating a basic teaching of concepts, Mr Ferri added lessons would incorporate “understanding what value is” and enabling pupils to see a given value can change at any time as led by market behaviour.

When asked, the Department of Education did not have any objections to cryptocurrency but did not indicate any imminent plans to make it a part of financial literacy a basis of the school curriculum.

A Department for Education spokesperson told Express.co.uk: “We know that high quality financial education is key to making sure that young people have the knowledge to make important decisions later in life.

“That is why we have introduced a rigorous new mathematics curriculum and made financial literacy compulsory for 11 to 16 year olds.

“In addition, our new computing curriculum ensures pupils will have the broader knowledge and skills they need to go on to specialise in cutting edge technologies and become actively involved in using and creating their own digital technology.”