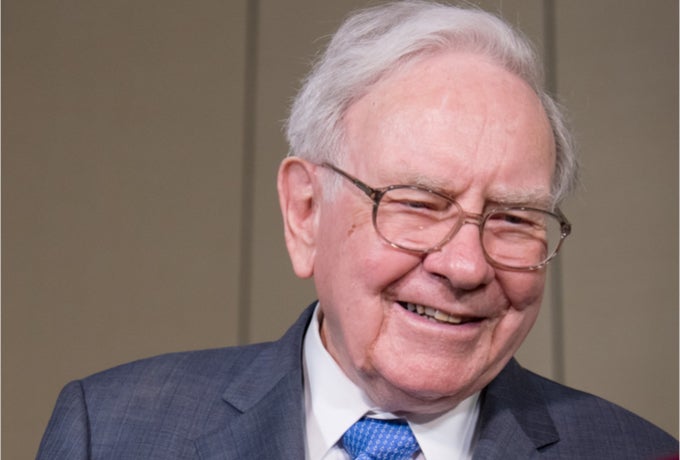 Berkshire Hathaway’s 2018 annual meeting, led by Chairman Warren Buffett, has put renewed focus on the master investor’s secrets for choosing successful stocks – ranging from Apple Inc. (AAPL) to Coca-Cola Inc. (KO) to Delta Airlines Inc. (DAL) – while anticipating the Oracle of Omaha’s upcoming moves. The latest in-depth analysis of Buffett’s approach is presented in a report by CNBC. It examined decades of public comments by Buffett and came up with three core recommendations for buying stocks that Buffett has made including at annual gatherings like the one this past weekend in Omaha, Nebraska. These are: invest within your circle of competence, think like a business owner when buying equities, and buy at inexpensive prices to provide a margin of safety.

The biggest long-term winners in Berkshire Hathaway’s stock portfolio over the past 10 years have been these, according to Lawrence Meyers, a portfolio manager and CEO of consumer finance company PDL Capital, per a report today in Yahoo Finance: Apple, +665%, Visa Inc. (V), +556%, Mastercard Inc. (MA), +583%, and Delta Airlines Inc., +550%.

One key rule is that Buffett believes investors should avoid going too far afield when buying stocks. Instead, he says investors should make sure they fully understand how a business operates, how it makes money, and the future sustainability of its business model and profits before buying its stock, per CNBC. He called this “operating within what I call your circle of competence” during the 1999 Berkshire annual meeting, as quoted by CNBC. In their own recent attempt to identify potential future purchases by Buffett, analysts at Credit Suisse Group AG noted that he prefers easy-to-understand businesses.

With the notable exception of smartphone and personal computer maker Apple Inc., Buffett has passed up on a number of winning investments in the technology field precisely because he did not feel sufficiently competent to judge their business models. Berkshire recently increased its large stake in Apple, but has been a relative latecomer to the stock, based on Buffett’s caution about treading on unfamiliar ground.

A second key insight that Buffett gained as a college student in 1949 came from reading “The Intelligent Investor,” the seminal book by value investing pioneer Benjamin Graham. As Buffett said during the 2002 Berkshire Hathaway annual meeting, per CNBC: “You’re not looking at things that wiggle up and down on charts, or that people send you little missives on, you know, saying buy this because it’s going up next week, or it’s going to split, or the dividend’s going to get increased, or whatever, but instead you’re buying a business.”

The key tenet of Graham’s book, according to CNBC, is that buying stock makes you a part owner of a business, someone who should not be concerned about short-term fluctuations in stock prices. Indeed, Buffett believes that such price fluctuations, typically called volatility today, represent temporary “noise” that should be ignored by long-term investors.

A third rule that Buffett has taken from Graham is to buy stocks with a large “margin of safety,” investments that currently sell significantly below their intrinsic value. As CNBC notes, taking this bargain-hunting approach to investing should limit your potential losses in case your estimate of intrinsic value was too high, or if unforeseen events damage a company’s once-rosy prospects.

Of course, coming up with an accurate estimate of intrinsic value is not easily reduced to formulas, but the Graham method, as employed by Buffett, rests on rigorous fundamental analysis of the data pertinent to a company, its industry, and the general economy. Buffett stands out in his decades-long ability to make astute judgments of value.

‘Never Look at a Headline’

For the average investor, who lacks Buffett’s analytic prowess and sharp eye, he believes that just casting your lot with the long-term prospects for the U.S. economy and the U.S. stock market may be the safest bet. “The best single thing you could have done on March 11, 1942–when I bought my first stock–was buy a stock index fund and never look at a headline…as if you had bought a farm” he told CNBC earlier today, noting that a theoretical $10,000 investment in an index fund back then would be worth more than $51 million today, including reinvested dividends.

To be sure, Buffett has chosen a number of losers. Buffett’s worst performers during those 10 years are, also per Lawrence Meyers: Teva Pharmaceutical Industries Ltd. (TEVA), -52%, Bank of America Corp. (BAC), -15%, and building materials company USG Corp. (USG), +14%. The S&P 500 is up by 77% over the same period.

Buffett’s enviable overall record, though, confirms how valuable his 3 best investing rules are to investors.