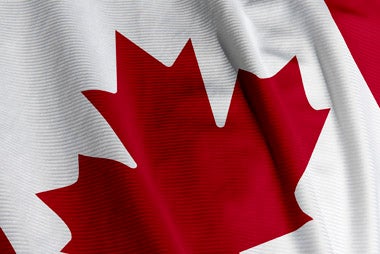 Canadian banks are not taking to the cryptocurrency craze. Just days ago, BMO Financial Group (the Bank of Montreal) announced that it would ban its credit and debit card customers from participating in cryptocurrency purchases with their cards. This makes Bank of Montreal the latest Canadian financial institution to make a move against the digital currency trend, according to decentralpost.com. Canadian investors looking to buy cryptocurrencies are increasingly forced to look to a limited range of options to facilitate their purchases.

Bank of Montreal is only the most recent major Canadian bank to issue a ban for its customers. Last month, Toronto Dominion (TD Bank) blocked its customers from buying digital currencies. Recently, Royal Bank of Canada (RBC), the country’s second-largest bank by assets, determined that it would allow cryptocurrency transactions only “in limited circumstances,” although it did not ban digital currency purchases for its users outright.

Even while major banks have issued bans on digital currency transactions, Canadian cryptocurrency investors have looked to other means. Over the past three weeks, P2P platform LocalBitcoins has seen trade activity increase six-fold, from $1.2 million in trades to $7.2 million as compared with the three-week period just prior.

Supporters of cryptocurrencies argue that the bank ban may in fact have a positive impact. After all, digital currencies like bitcoin are predicated on personal investor freedom. If investors have to look outside of banking institutions in order to conduct these transactions, the thinking goes, they are benefiting by removing themselves from the traditional financial system, if only in part.

Canadian cryptocurrency investors remain free to conduct transactions across decentralized exchanges. LocalBitcoins, for example, has been in existence for roughly six years and is designed to facilitate the connection of bitcoin buyers and sellers on an open, peer-to-peer exchange marketplace. Detractors suggest that decentralized exchanges can place cryptocurrency investors in an environment of heightened risk; without the security of a traditional bank or similar financial institution, investors place themselves at risk of becoming victims to fraud, theft or hacks. Regardless, the worry does not seem to be enough to dissuade Canadian cryptocurrency enthusiasts, at least for the time being.