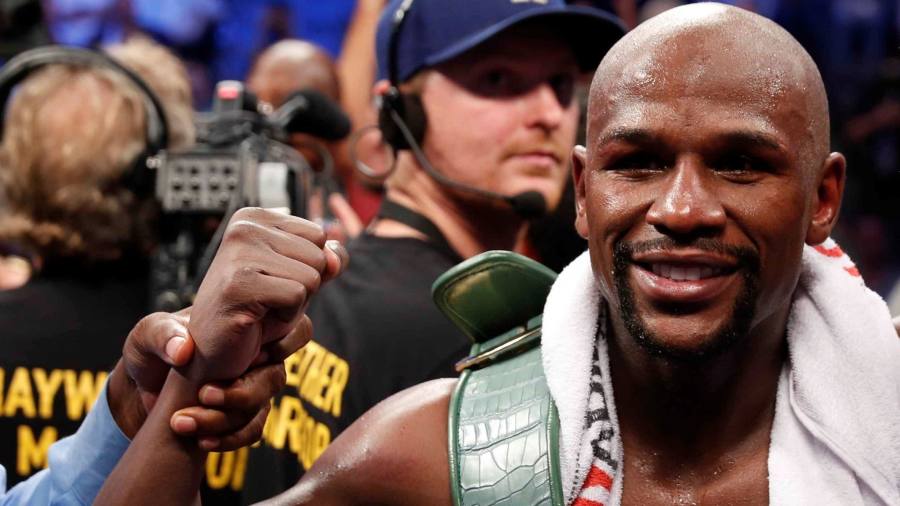 Celebrity endorsers of cryptocurrency fundraisers are at risk of legal action from regulators and investors, legal experts have warned, following a US case that highlighted the involvement of famous promoters in a so-called initial coin offering that collapsed.

The Securities and Exchange Commission last week charged two men with taking $32m from thousands of investors via an ICO, a crowdfunding mechanism used to raise money for digital currency ventures. The co-founders allegedly raised the funds for a “fraudulent” start-up called Centra Tech, with the scheme touted on social media by champion boxer Floyd Mayweather and musician DJ Khaled.

While the SEC stopped short of naming the celebrity promoters in their statement, it noted their involvement — an unusual move because they are not defendants in the case. Experts said celebrities who have endorsed ICOs could now face legal action from regulators, as well as investors who believe they have been scammed.

“They are clearly sending a signal,” said Nick Morgan, a former SEC attorney and a partner at US law firm Paul Hastings. He added that the SEC had “left the door open” to pursue celebrities or others who may have broken the law while promoting ICOs.

“There was nothing in there that I think anyone should take comfort from, just because they were not individually named,” he said.

ICOs exploded in popularity last year in tandem with rising cryptocurrency prices. During the boom many assumed that securities laws did not apply to the new way of raising capital and several famous faces used social media to promote digital coins. Academy Award-winning actor Jamie Foxx tweeted an endorsement of one ICO to his nearly 5m followers, while socialite Paris Hilton used Twitter and Instagram to announce her participation in another offering.

But the so-called “digital wild west” has come under growing legal scrutiny, with some regulators arguing that novel technology should be subject to securities laws. According to research by Satis Group, an ICO advisory company, 81 per cent of ICOs from the beginning of 2017 to early March 2018 were scams.

Charles Whitehead, a professor at Cornell Law School, warned that even if an ICO was not a scam, promoters could face legal action. In most cases, someone who promoted an ICO that was not registered with the regulator could have violated market rules, he said, noting that US laws tightly regulate publicity around the sale of new securities.

“This is why, at a Goldman Sachs offering, you don’t see Kanye [West],” he said.

US regulators in particular have been clamping down on the sector, halting several offerings in recent months. Jay Clayton, SEC chairman, said in February that where an ICO might qualify as a financial instrument, businesses would need to comply with financial regulations. He also said that “every ICO I’ve seen is a security”. The SEC late last year warned that celebrities had to disclose any compensation they received to promote an ICO.

Beth-ann Roth, a former SEC litigator and partner at Capital Fund Law, said that in cases such as the Centra ICO, there was also a risk that promoters could be found to have “aided and abetted” the alleged fraud. The lesson for celebrities, she added, is “know what you’re endorsing”.

The SEC declined to comment on whether they would pursue those who may have broken the law while promoting ICOs.

It is not only regulators’ wrath that ICO promoters now face. There have already been dozens of class action lawsuits from disgruntled investors against people who have launched ICOs in the US. Now that SEC has flagged celebrity promoters in its announcement, this could prompt lawsuits targeting those who marketed the offerings as well, experts predicted.

David Silver, a partner at law firm Silver Miller who is managing more than a dozen cryptocurrency-related class actions, said: “In the next ninety days we are going to see lots of litigation surrounding the promoters of these ICOs.”