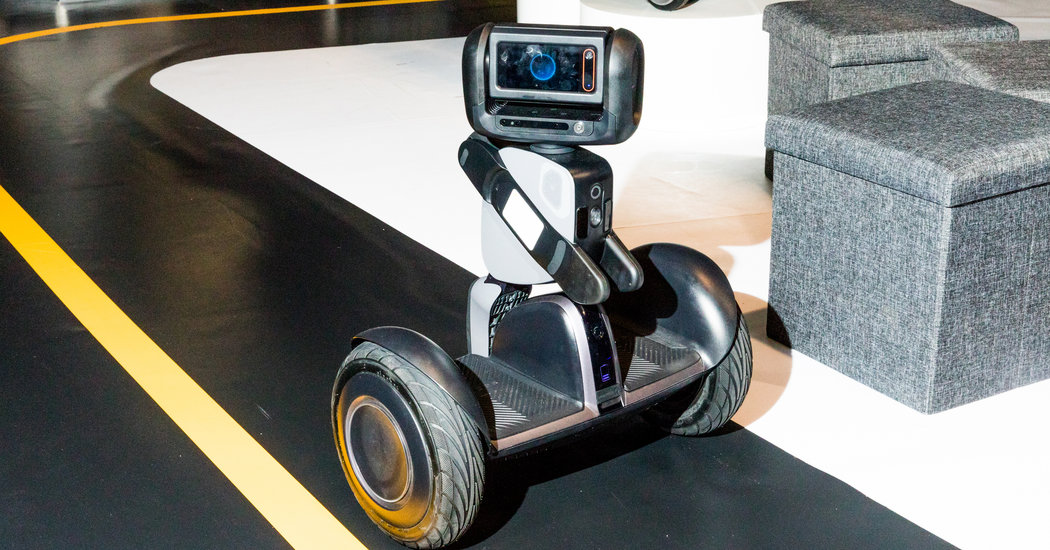 On an initial walk-through, this year’s CES electronics trade show was reminiscent of years past. Thousands of tech and gadget enthusiasts flooded the Las Vegas Convention Center for the four-day event, which began on Tuesday, to see the newest electronics that are being introduced on the market.

And many new products were unveiled. Samsung highlighted a smart refrigerator with a large touch screen and voice controls. Huawei, the Chinese manufacturer, showed its first high-end smartphone for the United States. And LG demonstrated a TV that can be rolled up like a yoga mat.

Yet the clear darling of this year’s show was not a gadget but the growing amount of artificial intelligence software helping these products run. The race between Amazon and Google to be the go-to service for integration of consumer products was on full display. In many booths, signs prominently advertised that products worked with Google Assistant or Amazon’s Alexa. The smart home, car and TV all seemed to have been touched by Amazon or Google.

Zipping along the convention floor were robots yielding a host of skills. One robot, Nimbo, top, works as an intelligent security system that can be programmed to patrol specific routes. Another robot, iPal, above, serves as companion to older and younger users. Designed by AvatarMind, the $1,500 humanoid robot can remind elders to take medicine or greet children at the door.

Google’s presence was easily identifiable with activation centers, games and presenters walking around the convention floor, but Amazon dominated the arena by the sheer volume of products that worked with the Alexa voice assistant, like robovacuums, light dimmers and even mosquito zappers.

This year’s event featured more than 4,000 exhibitors, including 800 start-ups, and covered more than 2.6 million square feet.

Home appliances like coffee makers, vacuums, ovens and even the cat litter box also received an A.I. upgrade. Samsung’s smart refrigerator, which was on display, allows consumers to control other home devices with their voice and a large touch screen.

The Mercedes-Benz User Experience, known as MBUX, one of many vehicle systems showcasing connected car technology, was a crowd favorite. The in-vehicle system includes a touch screen and understands voice commands.

On Wednesday, the power went out for a large portion of the convention center for more than an hour. Many attendees mocked the irony of a giant electronics show lacking electricity.