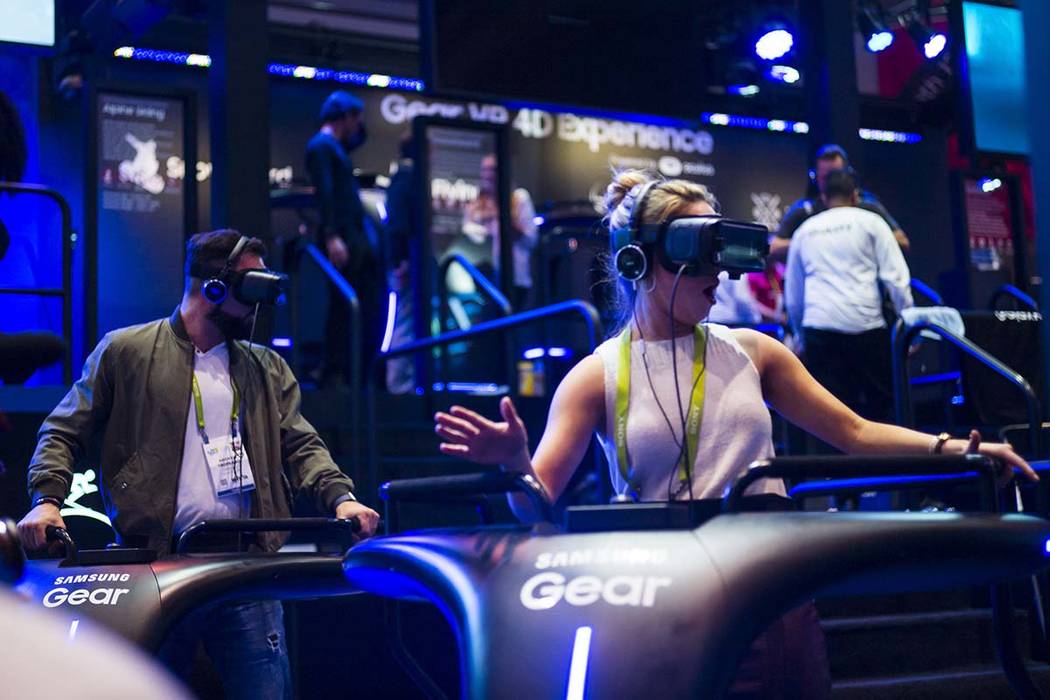 Just call CES The Everything Show.

Once dominated by radios and televisions, CES will showcase a wide-range of mind-boggling goods and services touching all aspects of life when it kicks off next week.

The show runs from Tuesday to Friday in Las Vegas and will feature the latest developments in autonomous driving, urban infrastructure, quantum computing, home entertainment, as well as virtual and augmented reality.

There will also be plenty of products that won’t necessarily revolutionize the world, but will make life just a bit easier: a toothbrush that cleans teeth in 10 seconds, unbreakable pantyhose and a mobile app for at-home urine tests.

The show about all things gadgets attracts attendees from just about everywhere and every sector. The roughly 180,000 expected attendees come from 160 countries and territories and include government officials, athletes, doctors and executives from a variety of industries including entertainment, hospitality, auto and technology.

“You name the industry and they will be there,” said Gary Shapiro, the CEO of Consumer Technology Association, the industry lobby group that runs the show.

“Every company is a technology company now and they realize it. To do business successfully today, you have to work across verticals,” he said, pointing out that John Deere, the agriculture equipment maker, and L’Oreal, the cosmetics producer, are exhibiting.

Las Vegas hospitality and gaming executives will have plenty to study at the show, including the latest in smart home technology as well as facial recognition, robotics and esports.

Artificial intelligence and fifth-generation wireless service underpin many of the new products on show at CES and both will be the focus of keynote addresses this year.

Artificial intelligence, which encompasses machine learning and speech recognition, powers the advances in autonomous cars, robots and facial recognition on mobile phones. Fifth-generation wireless service enables data sent to and from autonomous cars and robots to move at much greater speeds. It also allows more devices, such as sensors and cameras, to be connected.

Everything is converging. It is no longer like you are just in media or retail — all industries are converging through technology. Ultimately, if you don’t have a tech strategy — you will become obsolete very fast.

The wireless technology could potentially make it possible for people to put on a virtual reality headset and feel they are at a live concert or sporting event.

Company executives need to grasp the power these two technologies can have on their industries in order to stay competitive, said Shing Tao, the CEO of Las Vegas-based Remark Holding, which is developing artificial intelligence-based services for businesses.

“Everything is converging. It is no longer like you are just in media or retail — all industries are converging through technology. Ultimately, if you don’t have a tech strategy — you will become obsolete very fast,” said Tao, who will be attending CES.

That convergence is quickly breaking down the traditional industry halls at CES, said Lori Schwartz, whose StoryTech is the show’s official tour organizer.

“Even though you have LG, IBM, Verizon — in many ways it is hard to separate out who is doing what. All these tech trends are merging and feeding off each other,” she said.

Health care and sports technology will have a greater footprint at the show this year as companies and entrepreneurs harness technology to solve the problems of soaring medical costs and declining sports engagement.

“We view technology as a major solution to the biggest economic problem our government faces now, which is the cost of health care,” said Shapiro.

CES will for the first time offer doctors continuing medical education credit. Those educational seminars touch on topics such as treating chronic conditions with mobile apps, remote patient monitoring and the use of artificial intelligence in the health industry.

CES will feature about 4,500 exhibitors spread out over 11 Las Vegas facilities, including the Las Vegas Convention Center and Westgate Las Vegas.

Airlines have boosted their capacity to Las Vegas by 19,000 seats each way for the week and added new markets, according to McCarran International Airport.

The average Strip hotel rate for the four days is $216 compared, according to Home To Go, a vacation rentals search company. That is about 70 percent higher than the average room price for 2018.