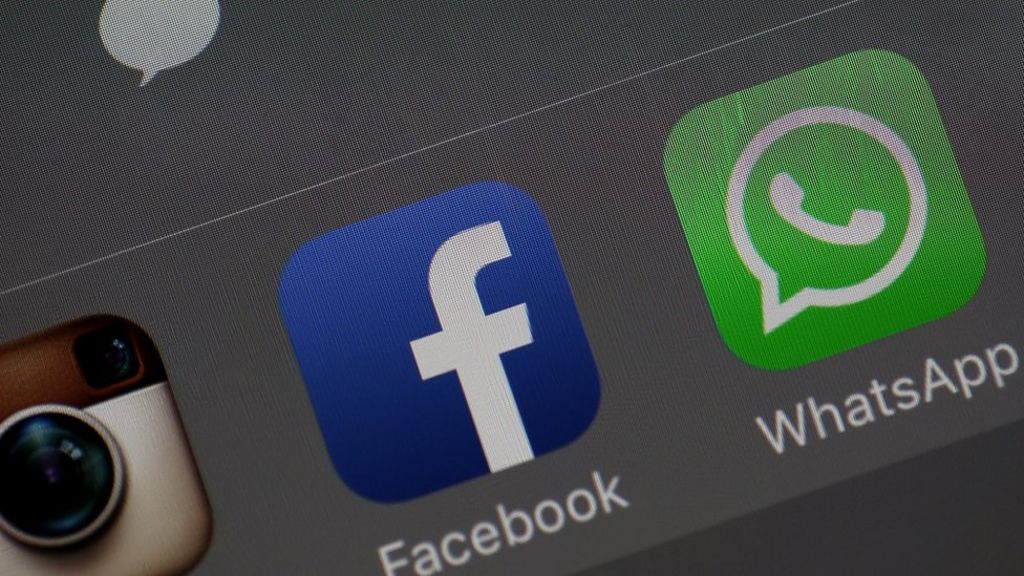 The messaging service WhatsApp has been disrupted in China as the government steps up security ahead of a Communist Party meeting next month.

Users have faced problems with the app for more than a week with services dropping in and out.

At times, it has been completely blocked and only accessible via virtual private networks (VPNs) which circumvent China’s internet firewall.

WhatsApp is Facebook’s only product allowed to operate in mainland China.

Facebook’s main social media service and its Instagram image sharing app are not available on the mainland.

The BBC’s China based correspondents said the WhatsApp messaging service started going offline more than a week ago.

A test of its services on Tuesday showed users in China could not send video messages or photographs to people outside China.

The disruption follows restrictions on WhatsApp video chats and photographs in July, which were later lifted.

The tightening of online censorship comes as China steps up security ahead of the Communist Party’s national congress which is held every five years.

“The run-up period to a gathering is a normally a time of greater restrictions of all kinds to assure that the critical Party Congress is held under ideal social conditions and is not disrupted”, Robert Lawrence Kuhn, long-time advisor to China’s leaders and multinational corporations told the BBC.

However, he said it is not yet clear whether the restrictions will be relaxed as has happened after previous party congresses, adding that many analysts do not believe they will be.

WhatsApp has declined to comment on the latest clampdown.

The replies would come in: “You need to use a VPN”. Then the VPNs were being blocked.

Welcome to online China in the run-up to the Communist Party Congress.

Taking out WhatsApp has no impact on most Chinese people. They don’t use it. The unrivalled king of cyberspace in this country is WeChat (or, in Chinese, Weixin 微信)

You would really struggle to find somebody here not using WeChat to send messages, share photos, swap locations, flirt, read news and pay for pretty much everything. This all-encompassing app at the centre of people’s lives is available for the Communist Party to spy on the entire population.

WhatsApp is not – at least not to the same extent.

So, during this sensitive time leading up to the once-in-five-years Party Congress, those with responsibility for censoring social media are nervous.

They worry that somebody may use an app beyond their complete control to, for example, organise a protest or post a funny photo of President Xi Jinping and for this to somehow go under their radar.

WhatsApp provides end-to-end encryption which ensures only the sender and recipient can view the content of messages.

It also prevents Facebook from knowing what is said in any text, voice and video conversation being communicated on WhatsApp.

“China has shown little tolerance to encryption especially on platforms that can be used to share materials or potential propaganda,” Bill Taylor-Mountford, Asia Pacific vice president for LogRhythm told the BBC.

The latest disruption to WhatsApp appears to be part of a broader crackdown on the internet and online content in China.

On Monday, China’s cyber watchdog handed down maximum penalties to some of the country’s top technology firms including Tencent, Baidu and Weibo for failing to properly censor online content.

The penalties were imposed for failing to remove fake news and pornography, as well as content that authorities said “incites ethic tension” and “threatens social order”.