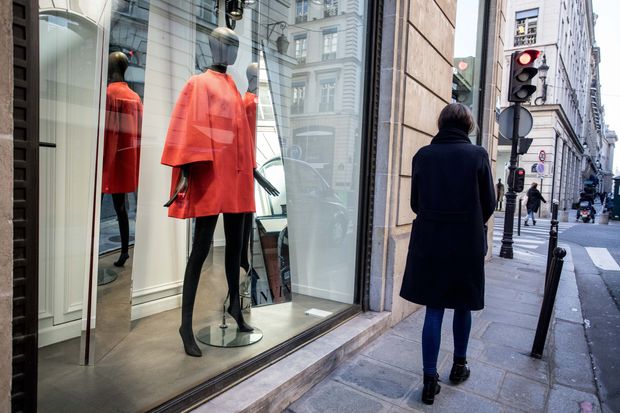 Chinese conglomerates are buying stakes, often at a premium, in some of Europe’s oldest luxury brands, such as Fosun International Ltd.’s majority investment in Lanvin, with a store on Rue du Faubourg Saint-Honoré in Paris.
Photo:

For these investors, it’s the price of admission to a sector still largely dominated by a select group of European families, according to people involved in the transactions. China’s manufacturing has gained sophistication as more fashion brands have shifted production to factories there. But China lacks a roster of homegrown labels that can compete with the savvy of Louis Vuitton and Gucci.

These deals allow Chinese companies to acquire industry expertise that can be used to boost sales to Chinese consumers, who already account for a third of all global luxury-goods purchases.

Last year, Gansu Gangtai Holding, a Shanghai-based metals and jewelry company, paid around $283 million for an 85% stake Buccellati, a high-end Italian jeweler that lost $16 million in 2016, according to the most recent records available. Gangtai outbid Swiss luxury giant Compagnie Financière Richemont and others, people familiar with the process said. In November, Buccellati opened a boutique Shanghai, the first of 88 sales points that Gangtai is planning for the brand in China.

“Chinese investors want to acquire brands for the business but also for the know-how, to bring that back to China,” said

a Milan-based attorney at Simmons & Simmons who represented Gangtai in the Buccellati transaction.

“It doesn’t mean in the short-term they are looking for a return,” a second person involved in the transaction said.

These high-end acquisitions can saddle Chinese investors with challenging turnaround projects in a sector where they generally have little experience with crucial functions like marketing, communications and stores.

Lanvin’s financial troubles were so deep that it was having trouble paying employees under its previous ownership, which included majority investor

of Taiwan, according to people familiar with the company’s situation. Lanvin lost $22 million in 2016, the most recent year for which figures are available, and even more in 2017, these people said.

Fosun bought its controlling stake in February and in March dismissed the label’s top designer,

marking the most recent in a series of management shakeups at the label. In all, Lanvin has gone through three designers in three years, the kind of upheaval that can destroy the cachet of a couture brand.

“The customers are not going to come back that quickly. It’s not like turning on a switch,” said

Fosun and Lanvin didn’t respond to requests for comment.

Fosun’s other fashion brands include retailers Tom Tailor and Folli Follie, and a high-end Italian menswear label, Raffaele Caruso. When Fosun invested in Caruso in 2013, paying $18 million for a 35% stake, it said the plan was to introduce the brand to luxury-crazed consumers in China. 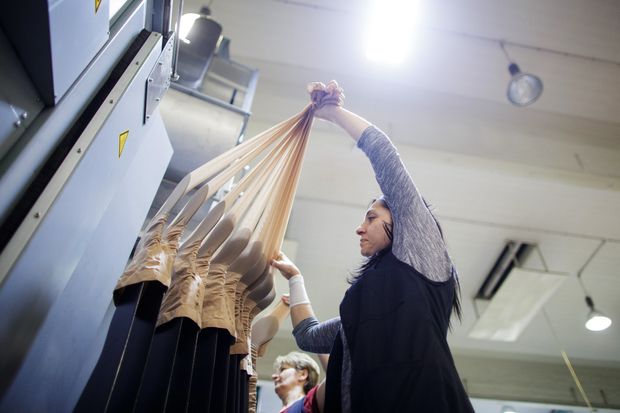 An employee at the Wolford hosiery manufacturing facility in Bregenz, Austria, lifted tights off aluminum leg forms in March 2016.
Photo:

“Fosun will leverage its own competitive advantages to help Caruso expanding in the China market,” said Fosun founder, Chinese billionaire

a Chinese billionaire who has compared himself to

Five years later, however, Caruso does almost no business in China. Fosun has paid little attention to the label as it has grappled with executive turnover in its own fashion group, a person close to Caruso said.

said the brand’s presence in China is “very limited, at the moment but we are now drawing plans to expand Caruso’s presence in this strategic market.”

Mr. Guo himself was detained by Chinese authorities in late 2015, disappearing from public view for weeks and rattling Fosun’s investors. He later said he was assisting the authorities in an anticorruption probe.

In November, Fosun injected more capital into Caruso and now owns a 75% stake, according to the person close to the company. Without that infusion and a restructuring of its bank debt, the brand risked running out of cash, this person said.

The decision to sell can present a dilemma for families that have built a luxury brand over decades. Some worry that a Chinese investor could start producing their brand more cheaply in China, diluting its heritage in Europe’s ateliers. After all, the phrases “Made in France” or “Made in Italy” are core to these brands, and without them customers might wonder what they are paying for.

Yet some families decide the Chinese premium is incentive enough to sell, particularly for a business that has become a family albatross.

So far, Chinese buyers haven’t yet snagged one of the blockbuster luxury brands. Mr. Spinella said they are gaining expertise with smaller deals before attempting an acquisition of more than $1 billion. “They will go after the giants once they are confident it will work,” he said.

Write to Matthew Dalton at Matthew.Dalton@wsj.com