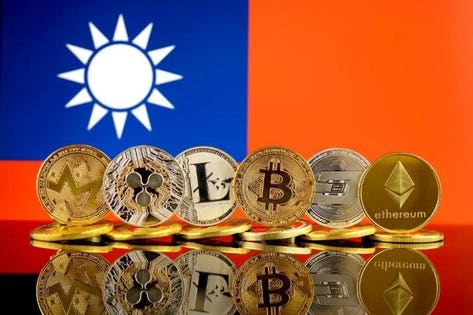 Officials in Taiwan feel torn about what to do with cryptocurrency, the digital tokens backed by transaction ledgers rather than monetary authorities. Regulators neither support the likes of Bitcoin nor oppose&nbsp;use of the new-age tool for investment or commerce.

Now Cheng Yi-ting, CEO of the local cryptocurrency exchange OTCBTC, is calling the issue out as she runs for mayor of Taipei this year. She declared online April 13 she would run in the election scheduled for November. She&nbsp;will probably face&nbsp;the independent incumbent of four years and candidates from&nbsp;Taiwan’s major political parties. Cheng is running party-less and pledges to&nbsp;stimulate the island capital’s crypto industry.

What happens if she gets elected?

Possibility for A Precedent

Cheng’s ascent to the 2.7 million-person city’s highest office may be a world first for a digital currency exchange owner, says Lance Morginn, CEO of the digital currency tracking firm Blockchain Intelligence Group. A victory would excite the financial technology sector, he says.

“If a crypto exchange owner were elected, the policies that exchanges would be required to meet could be relaxed or tightened to favor their business objectives, depending on both the leader’s moral values and the checks and balances within the particular political structure,” Morginn says.

Cheng wants a&nbsp;stronger cryptocurrency trade in Taipei.&nbsp;That strength&nbsp;would create jobs and bring in foreign capital, she believes. The candidate&nbsp;said for this post that if elected she would open a “special area” for the finance sector and start a related education program.

“I think Taiwan has an extremely good chance of becoming a major digital currency nation,” says Cheng, 35, a former high-tech education professional who has run the exchange for about a year. The exchange has more than 30,000 clients and posted a recent daily trading volume equivalent to $15.8 million, she says. Business, she adds, is booming.

“I think I can draw off my cryptocurrency expertise and tech background to connect the city,” Cheng says. “I’ve found that Taiwan’s politicians and candidates, when it comes to business and technology, are all disconnected.”

Resistance Now And In office

But a pro-crypto Taipei mayor’s work wouldn’t be so easy, nor will&nbsp;the campaign trail to get there , crypto-watchers caution.

Some voters want&nbsp;to do more business with cryptocurrency, but they tend to look also for candidates with a range of administrative abilities, says a&nbsp;Taiwan legislator who is following the campaign.

Cheng’s mayoral ambition for cryptocurrency would appeal to voters with early-adopter sentiments, says John Eastwood, a partner with&nbsp;Eiger Law&nbsp;in Taipei. It “might well send a positive signal to fintech and other startups that they’ve got a like-minded mayor in Taipei,” he says. But&nbsp;he cautions that “success as a mayor will also require adept handling of a wide range of very old-tech infrastructure that the city will not be changing anytime soon.”

A financial district of Taipei, Taiwan. A candidate in this year’s mayoral elections runs a digital currency exchange. (Prisma by Dukas/UIG via Getty Images)

A dispute as reported here in Chinese between Cheng and mainland Chinese cryptocurrency investor Li Xiaolai in December could also soil the campaign if it mushrooms and word gets around, the legislator says. A lot of OTCBTC’s clients are in China, which is a political adversary of Taiwan of more than 70 years.

And there’s only so much a mayor can do with rules in the finance sector.&nbsp;Commercial regulation, taxation and white-collar crime prevention measures rest largely with Taiwan’s central government rather than local&nbsp;jurisdictions&nbsp;such as the city of Taipei. The island’s justice ministry is working on anti-money laundering rules due by year’s end.