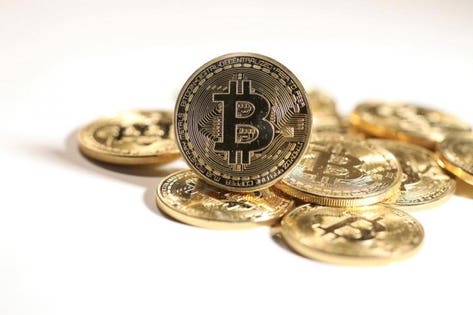 A cryptocurrency firm’s website helped get the company in trouble with a regulator by purportedly showing videos of virtual currency mining farms that did not exist. The films were actually doctored stock footage, the Texas Securities Commissioner said. Photographer: Chris Ratcliffe/Bloomberg

A cryptocurrency firm’s allegedly fake videos have helped land it in trouble with a regulator.

In reality, the farms do not exist and the films were stock footage that had been altered.

The BTCRUSH website claimed one of its cryptocurrency mining centers, Hepaestus Farm is operated in a secretive World War II bunker.

“What can be more reliable than a bombproof shelter?” the BTCRUSH promotion asked.

What was also unreliable, in addition to the fake footage of a fake cryptocurrency mining farm, alleged Iles, is BTCRUSH is not registered to sell securities in Texas and its claims are beyond the pale.