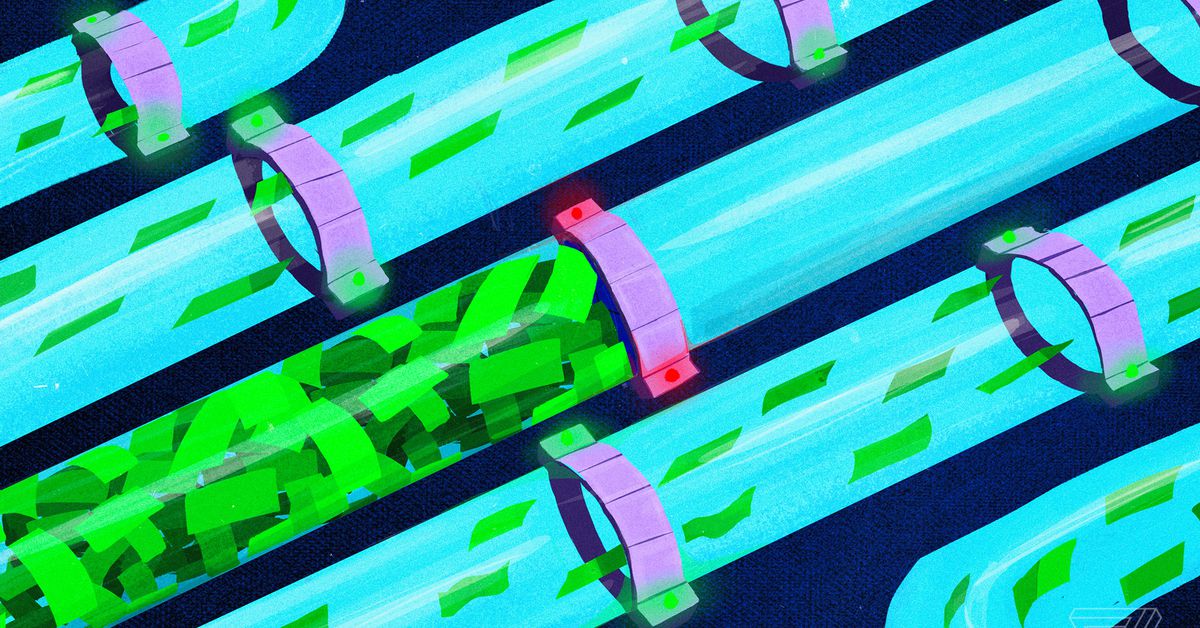 At the end of 2017, and the height of the cryptocurrency craze, Noah Katz decided to start a mining rig company called Artesian Future Technology. His plan was simple: he would make custom computers for people who didn’t have the time or know-how to do so on their own, but wanted to enter the wildly volatile field of cryptocurrency mining. However Katz’s offering quickly reached stratospheric prices: the basic computer he sold cost $1,899, but customers could fill it with GPUs sometimes costing upward of $47,990. These machines were listed on Katz’s website and eBay, where they were explicitly labeled as mining rigs. Those machines would then mine alternative cryptocurrencies, and in theory at least, eventually pay for themselves.

Katz’s business took off — he sold over 25 mining rigs in December and over 40 in January, with payments of $1,432.26 and $8,014.20 rolling into his PayPal account. But soon he ran into trouble with PayPal, which flagged his account for unknown reasons. He then moved to Stripe, which also flagged his account, citing his sale of “crypto-mining setups” as the reason why the platform withheld payments.

The issue seems to be entirely based on semantics. The computers Katz was selling were just custom desktop PCs, which could’ve just as easily been used for gaming. Artesian doesn’t accept payment via cryptocurrency, nor was it engaging in an initial coin offering to raise funds. Artesian Future Technology is set up as a separate business, and Katz says he pays taxes on it. And while Katz personally mines cryptocurrency, he says he keeps it separate from the business. The problem, according to Stripe, was simply that he was marketing his computers as cryptocurrency rigs, describing them as mining rigs for “alt-coins and supercomputing.”

Apparently, Stripe does not make a distinction between rig manufacturers, such as Artesian Future Technology, and companies that depend on cryptocurrency transactions. According to a Stripe representative, all of these companies are grouped together as virtual currency financial services by Stripe’s machine algorithm, which then flags them as prohibited businesses. A human performs a manual review afterward. When pressed, Stripe told me that Katz’s business is technically allowed on their platform. But it took him months to convince them to let his transactions through, and Katz says he had to borrow money from his family to keep the business afloat in the meantime.

Katz’s initial experience with Stripe was positive. After selling his first rig through Stripe on February 17th, he reached out to ask an employee if there would be any issues in processing the transaction. He had a frustrating experience on PayPal and was leery of running into a similar situation. Stripe allegedly told him that his first order would take a while to process, but that everything was normal. Stripe’s website says that the first payout should be received seven to ten days after it receives the first payment successfully. The $13,000 payment was processed on February 20th.

Then, on March 19th, Katz received a large series of orders from an enterprise client and Stripe flagged his account for closure.

In a phone call with The Verge, a Stripe spokesperson said, “We use machine learning models to track types of transfers and payments for suspicious activity and high rates of chargeback. Then, we ask for information from flagged targets.” The spokesperson said that in certain cases, Stripe would pause an account while investigating for more information.

On March 19th, a Stripe spokesperson emailed Katz, “I had a chance to talk to our credit risk team and it looks like the reason your account was flagged is that in addition to the computer hardware you had mentioned in your initial email to Stripe, you are currently selling crypto-mining set ups that you hadn’t made us aware of prior to the team’s review today which, unfortunately, aren’t allowed by our back-end financial partners due to the high credit risk they have seen in the space (we currently aren’t able to support any cryptocurrency related businesses).” As a result, Katz had $43,862.51 frozen in his account for a period of four days and his account suspended for five days.

A Stripe spokesperson told me that technically, mining rigs are fine to sell on the platform. Regardless, Katz had his account frozen until one of his clients, a lawyer who wished to remain anonymous, wrote into Stripe on March 19th, asking for the funds to be returned. Following the letter, Stripe released the funds to Katz, but continued to suspend his account. Stripe sent Katz an email on March 20th that stated: “Your Stripe account will continue to be suspended until you are able to remove all crypto-mining related products from your site, at which point you may reconnect with us to gain approval to continue to use Stripe services, if you’d like.” Katz has chosen not to remove his crypto-mining related products from his website, or reconnect with Stripe.

Dissatisfied users have little legal recourse against payment platforms, says Aaron Wright, a professor at Yeshiva University who specializes in blockchain technology and corporate law. Wright says, “Lawyers account for risks. There’s usually something in the terms of service that gives them the authority to say, ‘We have the right to terminate this account for effectively any reason.’”

Katz sees his story as a cautionary tale for others selling mining rigs. He advises others: “Do not process more than $10,000 annually through any of these platforms unless you want to be subject to immense punitive actions, unpredictable holds, loss of liquidity, penalties, garnishments, and random threatening calls / emails. You may never receive your money in some cases and you’ll end up issuing refunds from your bank, not from the holding balances.”

Instead of using his own website or eBay incorporated with PayPal or Stripe, Katz has turned to an unlikely platform to sell his custom-made mining rigs — Etsy. “They have their own internal process for determining what’s allowed and they’ve actually been okay with this.” Etsy also offers sellers Etsy Payments, which allow customers to make purchases via various methods including credit card, debit card, Apple Pay. Etsy did not comment, despite multiple attempts to reach the company. Katz says that he continues to sell around five to 15 rigs priced for around $10,000 a piece every month, as well as expanding into building larger computer set-ups. “I have continued to struggle with processors, received even more denials since we last spoke, and overall had a challenging series of interactions with customers when I have to explain all of this to them [to] please use Etsy. It’s very confusing to many people and probably has lost me a lot of business. I am exhausted,” he says.

There are 4,043 results for cryptocurrency-related merchandise or mining rigs on Etsy. Katz’s Etsy page currently lists 17 products from his company. Using Etsy isn’t glamorous, Kayz says, but at least he knows he’ll get paid.