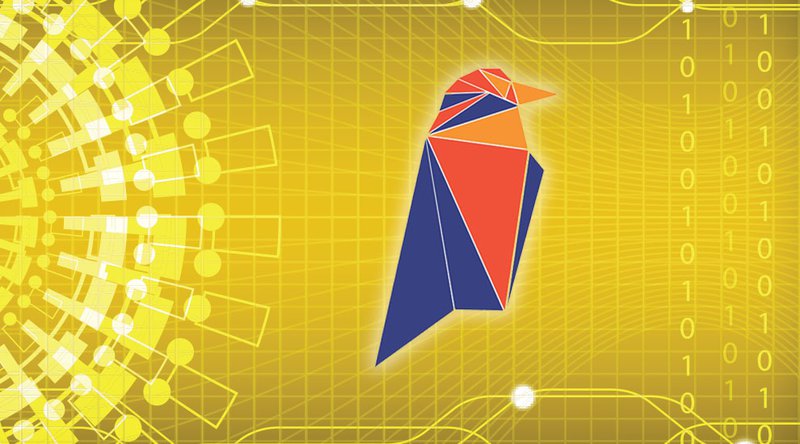 The cryptocurrency project “Ravencoin” published its first white paper on April 3, 2018. Entitled “Ravencoin: A Peer to Peer Electronic System for the Creation and Transfer of Assets,” the document is authored by CoinCPA founder Tron Black and Chainstone Labs founder Bruce Fenton, and seeks to offer information about the coin’s features which, until now, have largely been hidden from the public eye.

Ravencoin (RVN) was officially launched on January 3, 2018.Its website states that it “aims to implement a use-case-specific blockchain, designed to efficiently handle one specific function: the transfer of assets from one party to another.” Up until the publication of its white paper, most reading material relating to Ravencoin dealt with its ASIC-resistant hashing algorithm known as X16R.

Per thealgorithm’s related paper, the “fixed order of ordinary hashing algorithms” aids in the construction of ASIC miners, but the X16R system consistently works to avoid this problem and others like it by “disrupting” these orders.

In correspondence with Bitcoin Magazine, Black said that RVN bears several resemblances to Bitcoin, with many of its advantages being extended to assets. In the future, he says Ravencoin will also bear features similar to Ethereum’s ERC20 and ERC721 contracts.

“The code can be duplicated, but our community is unique, and the response has been incredible,” he said. “RVN is very different than recent ICOs and coins that have centralized control. The community is run by others; it has a very early Bitcoin feel, so for anyone who loved the early Bitcoin days when the community was open, cooperative and super-friendly, they should take a look at RVN.”

Phase one for the coin is complete. An ASIC-resistant, proof-of-work coin that can be used as a platform for assets has been developed, and platform speed has been increased for future scalability.

Black says the next phases, which will be covered in a second white paper, will involve creating unique tokens, developing a messaging channel to allow communication between token issuers and holders, and adding issuable assets which he claims will be “much easier than existing solutions.”

“We’re not telling people how to use assets,” says Black. “We have a few use cases in mind, but as we’ve seen over the last few years, crypto platforms unlock tremendous creativity. Now that value moves as easily as email, we hope to provide an easy-to-use platform for anyone to make their own token and add their own value.”

Black also says that in the coming months, RVN holders will have the option to cast lodging votes. Most traditional shares are held in “street name,” which means casting any kind of vote can be difficult. Nasdaq, for example, must often hire third-parties to obtain the addresses of its shareholders. From there, voting forms are sent to the shareholders’ addresses, who then send their votes back via postal service.

It’s a long and potentially outdated practice, and Ravencoin’s white paper says it’s looking to digitize the process by bringing about speedier, more effective methods of communication to shareholders:

“The holders of a token can be notified of the vote, and, by automatically issuing a VOTE token to every holder, the vote can be automated from the client or through a web or mobile interface using the protocol built into Ravencoin. Tokens are created to represent votes. Ravencoin will create an exact number of VOTE tokens and distribute them 1:1 to the token holders. These votes can be sent via the protocol to addresses that tally the votes.”

Presently, Ravencoin doesn’t boastthe power or volume of competing currencies like ether or XRP. The asset has a total market cap of roughly $30 million and is trading for about $0.03 at press time. It also does not sit among the top 100 coins.

However, this hasn’t stopped figures like Overstock.com CEO Patrick Byrne from investing hefty sums of money into its technology. In a recent interview withBusiness Insider, the entrepreneur and business executive says he’s already put millions of dollars into Ravencoin, which he alleges has more to offer than people realize.

“We think this coin actually has quite a future,” he said. “It’s about — it’s bitcoin, but a thousand times more energy efficient, and there are other real interesting virtues to it.”

Black claims that other organizations are now beginning to show interest in RVN assets for their projects, and he expects that enthusiasm to grow.

“Once we have assets working, we expect to have lots more interest as RVN is compared to other platforms,” he states. “Right now, we are just allowing organic growth where early adopters can mine/trade RVN tokens.”

Black describes the project as the “brainchild of Bruce Fenton.” Aside from his work with Chainstone Labs, Fenton is also the former executive director of the Bitcoin Foundation and the current managing director of Atlantic Financial Inc.

In an extended Twitter thread, Fenton claimed to be holding over six million RVN coins, all of which he says were mined through “fair” practices.

Fenton also pointed out that Ravencoin employs no “set asides” or “premined coins” and that the paper isn’t asking for any money. He says it is a legitimate technical paper and that Ravencoin is a “free and open-source community project.”

“Bruce has really helped set the tone for this project,” Black said. “His connections to the crypto community have really helped bring in the right people.”