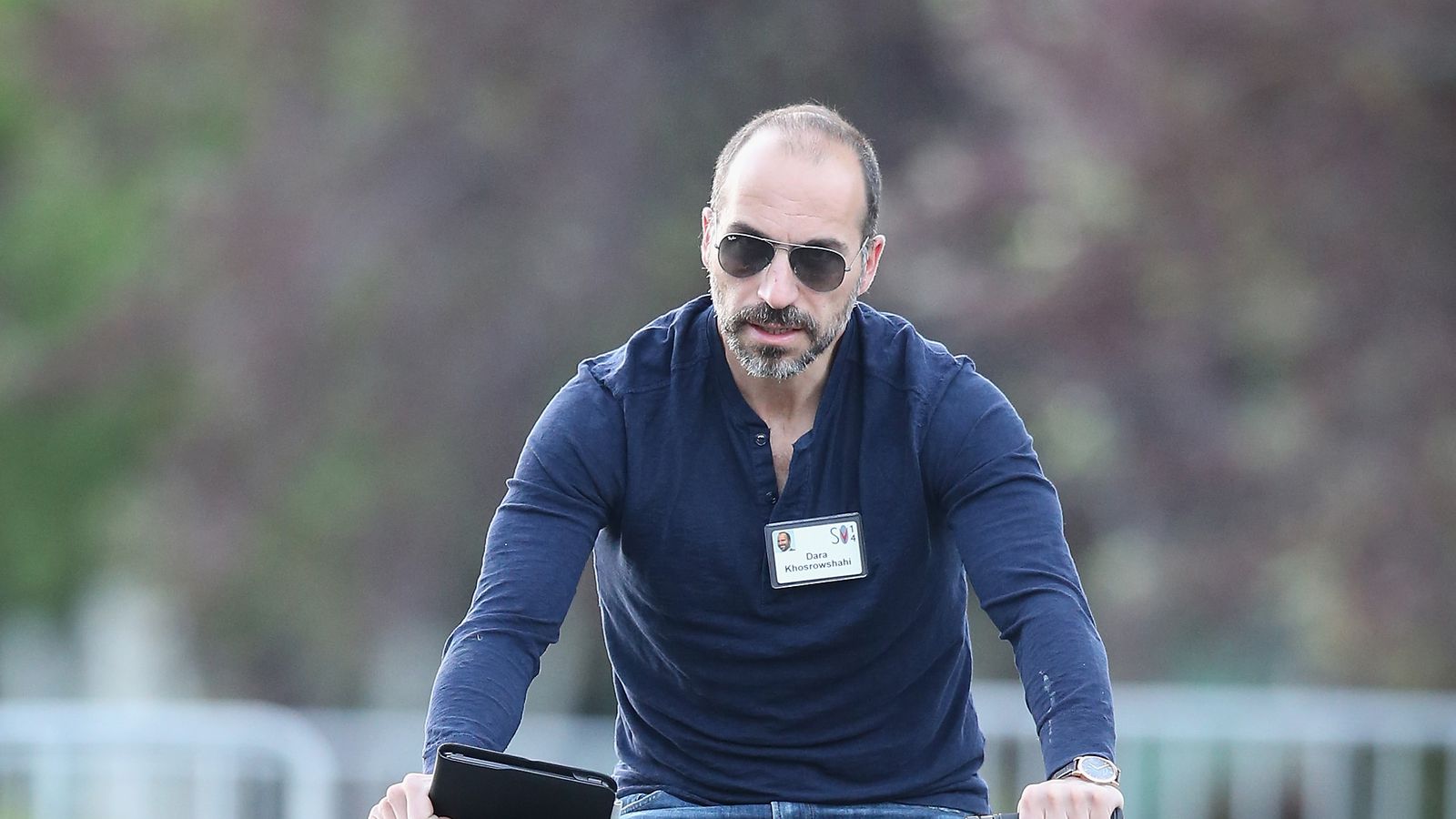 Let’s hope there are no tasteless jokes at the next all-hands meeting of Uber employees, as they get to meet their expected new boss.

That would be Dara Khosrowshahi, the CEO of Expedia, to whom the board of the car-hailing company has offered the top job after a tumultuous weekend of hiring high jinks. The activities included the tweeted departure of one high-profile candidate (General Electric’s Jeff Immelt) and much wrangling with another even higher profile one (Hewlett Packard Enterprise CEO Meg Whitman), until Uber directors finally settled on Khosrowshahi.

His identity was well hidden for months, until Recode first reported he was the choice last night. Called the “truce” candidate by one person close to the board and the “compromise” choice by another — due to extensive infighting between ousted CEO Travis Kalanick and Uber’s big investor Benchmark — Khosrowshahi will now try to settle the turbulent waters at the company riven by, well, pretty much every manner of corporate plague.

That includes: An internal report, by former Attorney General Eric Holder, that details a toxic and sexist culture; allegations of regulatory shenanigans; international expansion woes; driver diplomacy issues; major litigation from one of Silicon Valley’s biggest companies; and a decimated management lineup. It will soon be Khosrowshahi’s duty to clean it all up.

(Some good news, Dara — although I will be honest and admit I have been taking Lyft more often these days: Customers still love to ride with Uber, which is losing a lot, but less, dough!)

But first the company Khosrowshahi has run for a dozen years, Expedia, needs to officially tell its employees about his departure. That’s the polite sequence, according to sources inside Uber, and it should be announced soon.

After that, presumably, Uber will call together its employees today or tomorrow and introduce them to the well-liked Khosrowshahi. (Cool Dara fact: He was awarded best all-around student in high school, say his cousins, Ali and Hadi Partovi! Also, class president too!)

Hopefully, the all-hands meeting will go better than the last big leadership change event when the board announced Kalanick was taking a leave of absence to find “Travis 2.0,” in the wake of the release of the Holder report. (He was ousted from the CEO job completely soon after by disgruntled shareholders.)

At that memorable gathering in June, while talking to the staff, director and TPG head David Bonderman made an ill-timed sexist remark. As Recode wrote then:

Fellow board member Arianna Huffington was addressing the staff during the meeting and said, “There’s a lot of data that shows when there’s one woman on a board it’s much more likely that there will be a second woman on the board.”

Bonderman responded: “Actually, what it shows is that it’s much more likely to be more talking.”

No surprise, Bonderman resigned soon after, to be replaced by TPG’s David Trujillo, who voted Sunday afternoon for Khosrowshahi, in an eventually unanimous board decision. It was a minor miracle that agreement was reached with this crew of sometime tech Sopranos, said sources, although the ugly lawsuit that Benchmark lobbed at Kalanick continues.

Oh, Dara, I forgot: You need to fix that mess too! And welcome to the family.