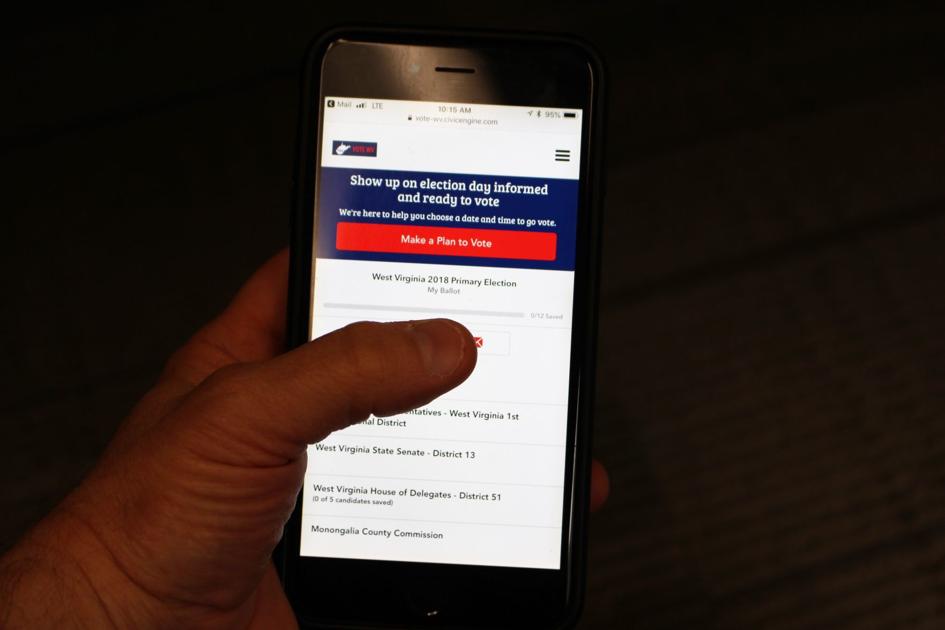 CHARLESTON — Chelsea Costello believes that newly available, data-driven voter-education software could have a big impact on turnout among younger voters in West Virginia.

“We are excited to bring this cutting-edge tool to the hands of West Virginia voters, and hope it encourages West Virginians of all ages to get prepared for election day, make a plan and go vote when the time comes,” Costello said, referring to the nonpartisan, civic-engagement app called BallotReady.

Costello, who lives in Charleston, works with Inspire U.S., a national nonpartisan 501©3 public charity whose mission is to amplify the youth voice in elections through peer-led voter registration, engagement and get-out-the-vote efforts.

“We’ve had a lot of success in West Virginia,” Costello said of how Inspire West Virginia, the state program of Inspire U.S., is encouraging people to vote, mainly through high school voter registration work.

Costello oversees multiple state programs in the Mid-Atlantic region for Inspire U.S. She said she learned about BallotReady during the 2017 Virginia election and decided to bring it to the Mountain State, along with an added, collaborative component to help defray the tool’s cost.

“Nobody here can afford a tool that costs upwards of $5,000,” she said. “There are a lot of organizations across the state that want to provide a resource for voters in this kind of way.”

Inspire West Virginia, along with the West Virginia Citizen Action Education Fund, is live, and both have their own branded sign-up web pages, Costello said.

A third non-profit, the West Virginia Healthy Kids and Families Coalition, will be up and running by May 5, she said.

As far as the voter tool itself, it’s powered by a software platform called CivicEngine which acts as a landing page each participating non-profit can personalize logos and links.

“Ballot Ready is a great tool to help citizens become informed voters,” Gary Zuckett, Executive Director of WV Citizen Action Education Fund said. ”It enables voters to cut through the fog of political ads and make their own decisions on whom to vote for.”

Since it became available and live, Zuckett said his organization has only heard of one issue involving a candidate for county commission candidate from the Eastern Panhandle who wanted to add his Facebook page link to his profile on the application.

“We’re forwarding that to the developer and they will be populating his profile,” Zuckett said. “So we’re adding things to the app and making it better. It’s a work in progress.”

To access the information, users type their mailing address into a landing page and BallotReady automatically pulls the choices they would normally see at the polls on election day.

Costello said it’s a two-part tool giving the user the ability to both research candidates and make a plan to vote. Users can also sign-up for election reminders which is something Costello said is the best part of the tool, especially for younger voters.

“You can sign up for either txt reminders or email reminders and you can add the date to your calendar,” she said.

The intuitive nature of the technology, however, is only one way the Chicago, IL-based software attracts younger users.

Aviva Rosman, BallotReady’s Chief Operating Officer, said they learned early on to make the technology as “mobile friendly” as possible.

“We always see our biggest spike the day before elections which tells us its people waiting in line to vote,” she said. “The first thing they do is get the list of candidates.”