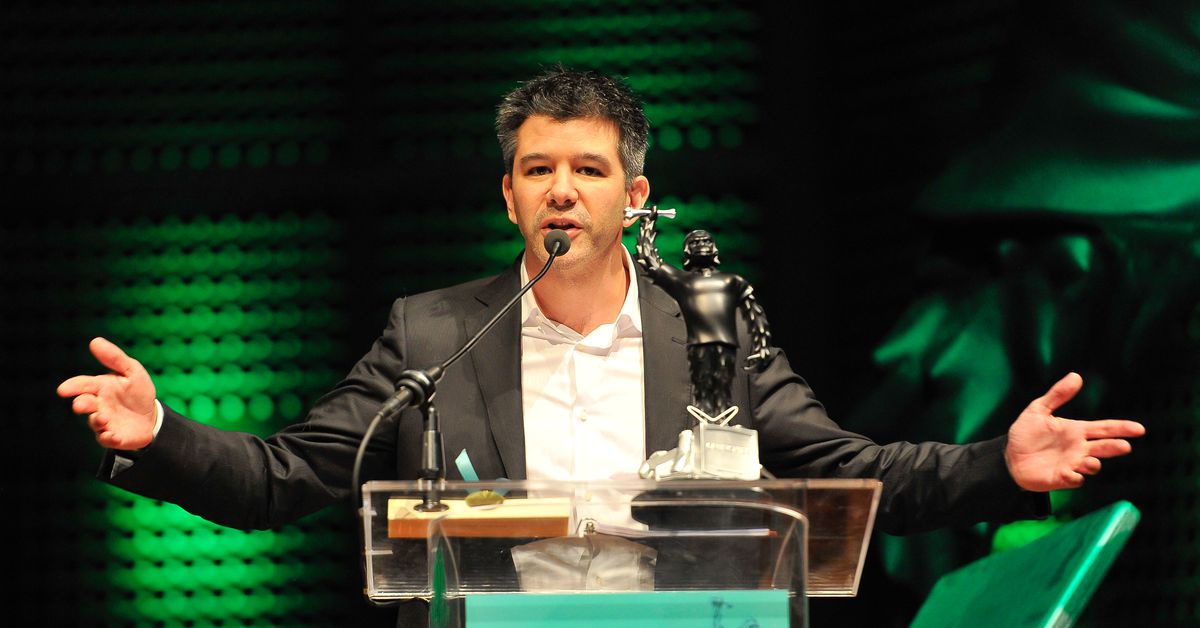 Former Uber CEO Travis Kalanick has appointed two new board members to the board of the car-hailing company, claiming that he had the right to do so. The surprise move, done late on Friday afternoon, is a massive escalation of tension at Uber, which had started to ease with the appointment of new CEO Dara Khosrowshahi.

This is classic Kalanick, who said in a statement that he was appointing former Xerox CEO Ursula Burns and former Merrill Lynch CEO John Thain to fill seats that he was given control of previously.

Update: Uber slapped back at Kalanick in a very sharply worded statement:

The appointments of Ms. Burns and Mr. Thain to Uber’s Board of Directors came as a complete surprise to Uber and its Board. That is precisely why we are working to put in place world-class governance to ensure that we are building a company every employee and shareholder can be proud of.

Sources said the focus of Kalanick’s ire is a proposal pushed by Khosrowshahi to remove shares with more voting power to structure in which one share equals one vote. Other high-vote shareholders — including Benchmark, as well as directors like Ryan Graves and Garrett Camp — were willing to change to the new governance, which would help Uber as it moves to an IPO.

But Kalanick was not. “For Travis, it is all about keeping power,” one source said.

Kalanick’s move comes ahead of a board vote on Tuesday to consider the proposal.

Thus, the Friday sandbagging should be no surprise for anyone who knows Kalanick even passably well. Still, his ability to do that has been challenged by Benchmark, the venture firm embroiled in an ugly lawsuit with him. In addition, sources said Kalanick had previously said he would not make such a move without consulting the board.

He did not, said sources close to the other directors, who received no warning that this was happening. Most of them had previously opposed such an action by Kalanick.

Kalanick, known for his aggressive personality, seems not to care one little bit. “This is Travis 1.0,” said one exasperated person close to the situation, referring to a previous statement by Kalanick that he was working on a kindler, gentler Travis 2.0.

“I am appointing these seats now in light of a recent Board proposal to dramatically restructure the Board and significantly alter the company’s voting rights,” he said in a statement. “It is therefore essential that the full Board be in place for proper deliberation to occur, especially with such experienced board members as Ursula and John.”

It was not immediately clear to what proposal Kalanick was referring. Benchmark and Kalanick are currently embroiled in a debate over a proposed investment by the Japanese conglomerate SoftBank in the company, one that might result in a change in governance.

Still, appointing such well-regarded executives is a clever move by Kalanick, as it will be hard for the other directors to argue against adding them, despite the pugnacious manner in which Kalanick is operating.

Benchmark, after helping remove Kalanick from the CEO role, sued him this summer as part of an effort to remove him from power. The case, which is in arbitration, also asked Kalanick to be forbidden from filling the seats.

Right now, said sources, the new members will be seated unless Benchmark tries to get a legal stay to stop it.

Hang on, it’s going to be a bumpy weekend.

I am happy to announce that Ursula Burns and John Thain have agreed to join Uber’s Board of Directors. Until earlier this year, Ursula was Chairman and CEO of Xerox, while John was formerly CEO of CIT Group, Merrill Lynch, and NYSE. Ursula and John are two highly accomplished corporate leaders with extensive board experience.

Their backgrounds include successfully leading large public companies as chief executives and chairs, navigating dynamic, technology-powered and regulated industries, and guiding tens of thousands of employees around the world. Both Ursula and John have engineering degrees and are incredibly talented and proven problem solvers. There is no doubt the Board will be well-served by their valuable insights, counsel and independent perspective as Uber moves into the next phase of growth and prepares for a public offering. I am grateful for their enthusiastic support of Uber.

I am appointing these seats now in light of a recent Board proposal to dramatically restructure the Board and significantly alter the company’s voting rights. It is therefore essential that the full Board be in place for proper deliberation to occur, especially with such experienced board members as Ursula and John.

I am confident that, with their additions and Dara’s appointment, Uber will be well situated to focus on the future and continue to revolutionize how cities move.

Ursula Burns served Xerox Corporation as Chairman of the Board from 2010 to 2017, and as Chief Executive Officer from 2009 to 2016. Throughout her tenure as CEO, Ursula helped transform the company from a global leader in document technology to the world’s most diversified business services company. She led the largest acquisition in the company’s history in 2009, and in 2016, Xerox’s successful separation into two independent, publicly traded companies.

Ursula currently serves on the board of directors of American Express, Exxon Mobil, Nestlé, and Datto, and counsels several other community, educational and non-profit organizations. President Obama appointed Ursula to help lead the White House national program on Science, Technology, Engineering and Math (STEM) from 2009-2016, and she served as chair of the President’s Export Council from 2015-2016, after service as vice chair from 2010-2015.

John Thain has held numerous leadership positions at some of the world’s largest and most well-known financial institutions over the course of his 30-year career, including most recently as Chairman and Chief Executive Officer of CIT Group Inc. from 2010 to 2016. He previously served as Chairman and CEO of Merrill Lynch in the lead up to its $50 billion sale to Bank of America in September 2008, as well as CEO of the New York Stock Exchange from 2005 to 2007, during which time he led the exchange through its initial public offering. John was previously President of Goldman Sachs from 1999 to 2004, having joined the firm in 1979.

John received his MBA from Harvard University and his bachelor’s in electrical engineering from the Massachusetts Institute of Technology.