The New Year 2019 has started off with frantic movement in the cryptocurrency industry. On January 2, the first major development of the year occurred with Ethereum [ETH] overtaking XRP on the cryptocurrency charts. XRP, which had held the number 2 position for several weeks, has ceded the position to Ethereum, which has been steadily growing over the past couple of days. The price spike also saw Ethereum trade for $143.9, while XRP was trading for $0.36.

At the time of writing, Ethereum was growing by 6.5%, with a market cap of $14.884 billion. The take over was close with XRP, growing at just 1.27%, held a market cap of $14.678 billion. What makes the takeover significant is the fact that prior to this event, XRP had a lead of more than $4 billion over Ethereum in terms of market cap. 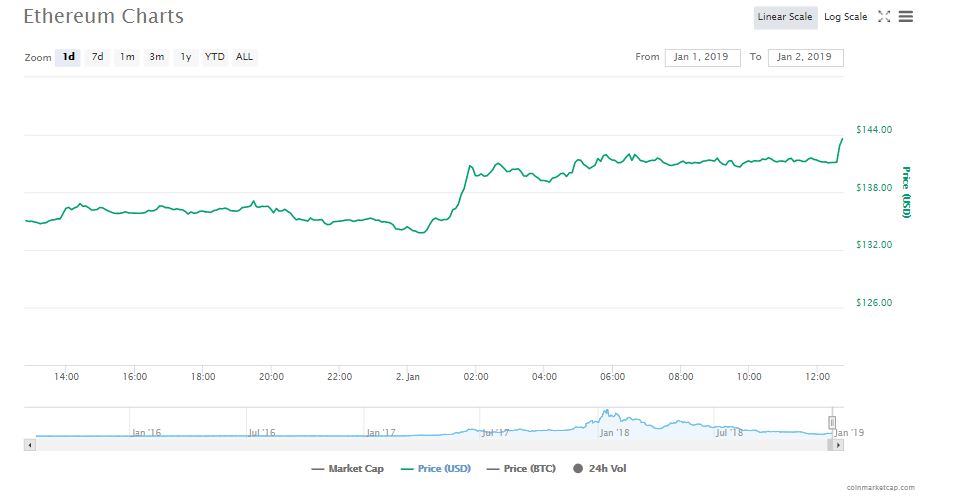 Ethereum also held a 24-hour trade volume of $2.357 billion, a majority of which was shared by OEX and OKEx, two popular cryptocurrency exchanges. OEX had a hold on $164.911 million worth of ETH while OKEx oversaw 3.21% of all Ethereum trade taking place on the platform. 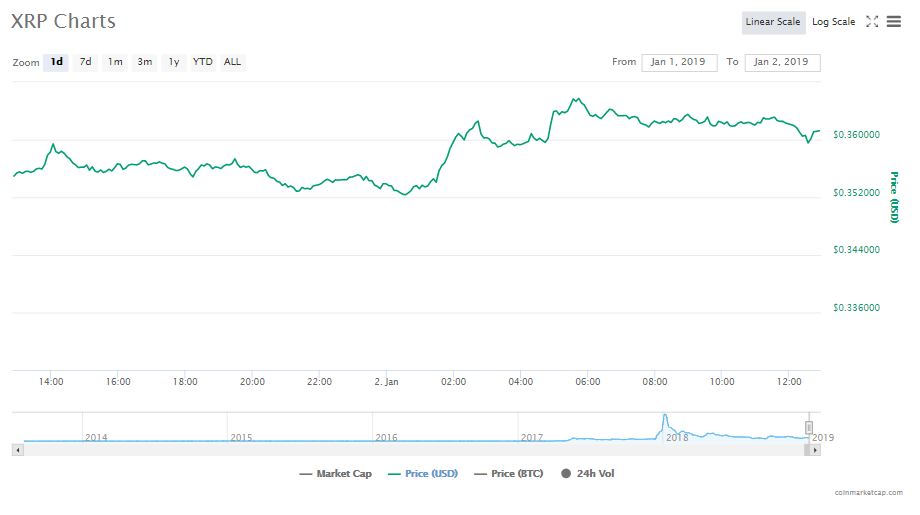 XRP’s trade volume was much lesser compared to that of Ethereum, standing at $430.973 million. XRP’s volume was held by its usual favorite, ZB.com. The cryptocurrency exchange had a grasp on 11% of the total XRP trade, with Bitbank coming in at second place.

Ethereum was also in the news recently when its co-founded Vitalik Buterin was asked by Tron’s Justin Sun to help him review the Tron white paper. This move also stirred the ecosystem with Misha Lederman, a Tron enthusiast stating:

“A developer as gifted as @VitalikButerin should most definitely consider to start working with a visionary, entrepreneur, CEO, student of history & politics, under Jack Ma & many others, such as @JustinSunTron in order to jointly grow blockchain adoption & technology together.”