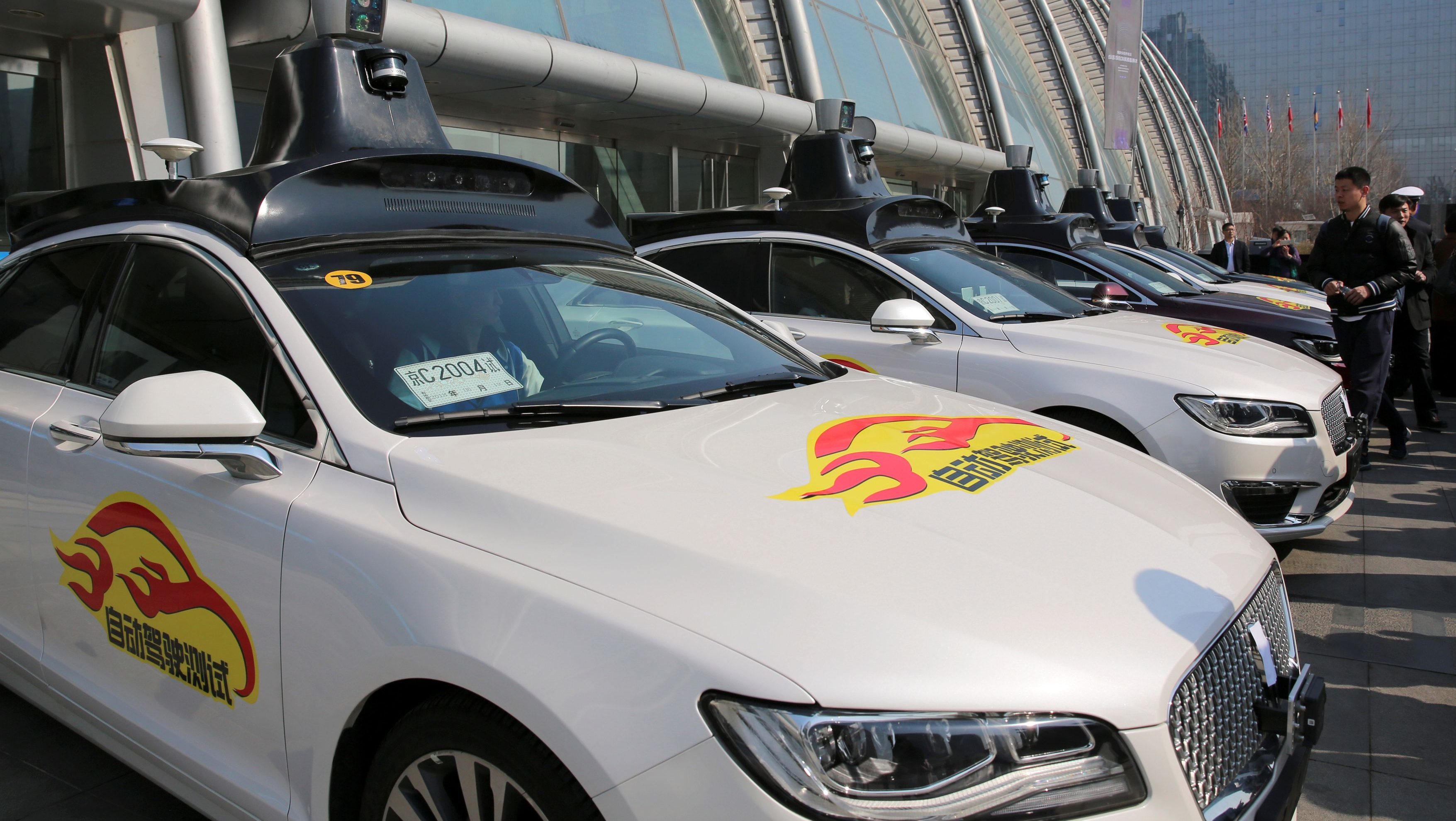 If there’s one thing China’s tech giants are known for, it’s their ability to venture into everything from social media, to online payments, to delivery services. The latest thing they’re all speeding towards? Autonomous driving.

Last month, a local news outlet based in Hangzhou reported that the city had built its first route (link in Chinese) for autonomous driving tests. That piqued interest since the city is known for being the main headquarters of Alibaba, China’s largest online retailer. On Tuesday, the firm told financial news publication Caixin (link in Chinese) that it has been conducting autonomous driving tests on a regular basis and that it’s ready to do open road tests.

With that, China’s entire BAT grouping—which apart from Alibaba includes search giant Baidu, and social-media and Tencent, the social media and gaming titan—is now in the self-driving industry. They join a series of smaller startups in the space. And each of the giants, who dominate the country’s tech scene, is trying to recruit related firms—in automobiles or artificial intelligence—into its camp.

Alibaba plans to hire over 50 engineers (link in Chinese) to boost its autonomous driving development team, which is led by Wang Gang (link in Chinese), a former artificial intelligence professor at Singapore’s Nanyang Technological University who joined Alibaba last March. Earlier, the e-commerce firm partnered with SAIC Motor, one of the country’s largest car manufacturers, to build an internet-connected car.

Baidu, which ventured into autonomous driving long before Tencent and Alibaba, has been developing its self-driving system Apollo since 2015 (link in Chinese). It hopes to mass produce (paywall) partially autonomous cars running Apollo by 2019. It has secured partnerships with over 90 companies to provide support for Apollo, including Microsoft and German carmaker Daimler.

Tencent, which reportedly already had its self-developed autonomous driving system in place in November, also put cars on the road in Beijing (link in Chinese) in early April for testing. Footage suggests that the driver kept his hands on the wheel the entire time. Didi Chuxing, the ride-hailing giant backed by Tencent, has also been investing in self-driving and could roll out a related service in 2022.

China has set an aggressive goal for developing “intelligent vehicles,” which it defines as cars that can fully or partially driving themselves—in January it said it wants those cars to make up half of new vehicles (link in Chinese) on the roads by 2020.

The country is also giving more regulatory backing to the technology despite the recent Uber and Tesla fatal crashes in the US. Starting May 1, all provincial and city governments in China will have the authority to allow road-testing of autonomous vehicles in their areas. Earlier, only a handful of cities(link in Chinese), like Beijing, had the authority to pilot road tests.