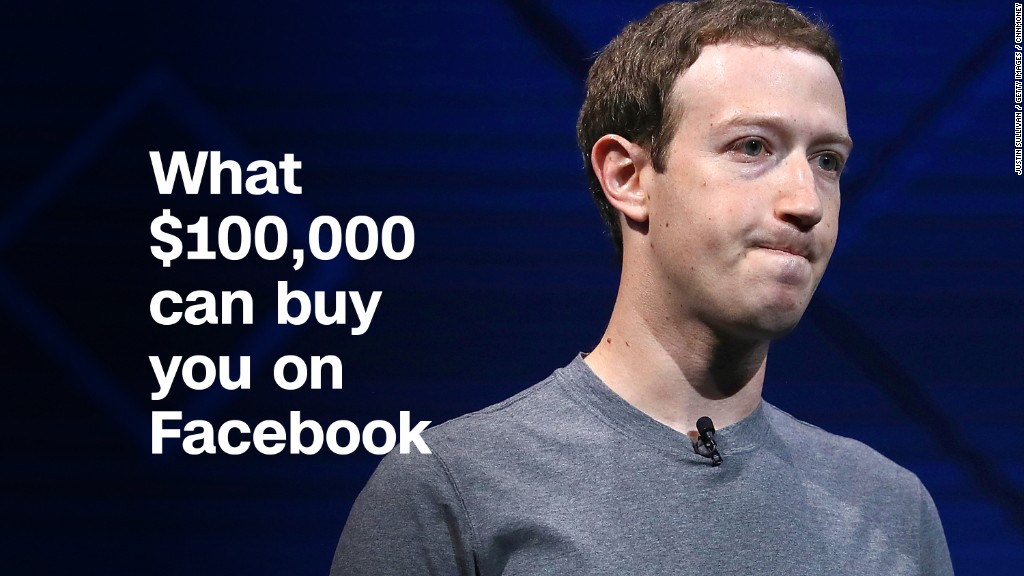 Special counsel Robert Mueller and his team are now in possession of Russian-linked ads run on Facebook during the presidential election, after they obtained a search warrant for the information.

Facebook gave Mueller and his team copies of ads and related information it discovered on its site linked to a Russian troll farm, as well as detailed information about the accounts that bought the ads and the way the ads were targeted at American Facebook users, a source with knowledge of the matter told CNN.

The disclosure, first reported by the Wall Street Journal, may give Mueller’s office a fuller picture of who was behind the ad buys and how the ads may have influenced voter sentiment during the 2016 election.

Facebook did not give copies of the ads to members of the Senate and House intelligence committees when it met with them last week on the grounds that doing so would violate their privacy policy, sources with knowledge of the briefings said. Facebook’s policy states that, in accordance with the federal Stored Communications Act, it can only turn over the stored contents of an account in response to a search warrant.

“We continue to work with the appropriate investigative authorities,” Facebook said in a statement to CNN.

Facebook informed Congress last week that it had identified 3,000 ads that ran between June 2015 and May 2017 that were linked to fake accounts. Those accounts, in turn, were linked to the pro-Kremlin troll farm known as the Internet Research Agency.

In those briefings, Facebook spoke only in generalities about the ad buys, leaving some committee members feeling frustrated with Facebook’s level of cooperation.

Sen. Mark Warner, the top Democrat on the Senate Intelligence Committee, told CNN last week that Facebook had not turned over the ads to Congress. Warner has also called Facebook’s review “the tip of the iceberg,” and suggested that more work needs to be done in order to ascertain the full scope of Russia’s use of social media.

Warner also indicated that his committee may call Facebook, Twitter and other social media networks in for “some level of public hearing.”

As CNN reported Thursday, Facebook is still not sure whether pro-Kremlin groups may have made other ad buys intended to influence American politics that it simply hasn’t discovered yet. It is even possible that unidentified ad buys may still exist on the social media network today.

The special counsel’s office has not yet responded to a request for comment.