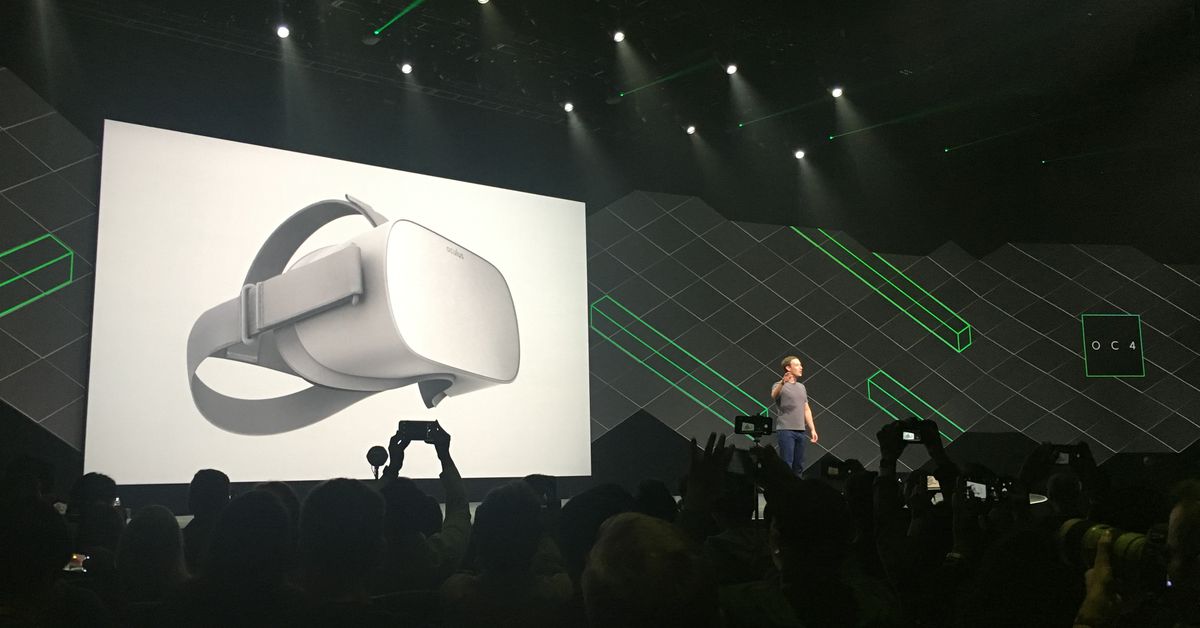 The Go will cost $199, and will ship “early next year,” Zuckerberg said at Oculus’s annual developers conference in San Jose, Calif.

Facebook already has one headset, called Oculus Rift. But it’s expensive, especially for a casual VR user — it costs $399 with controllers. (Facebook actually lowered the price by $100 during the conference.) The Rift also requires a high-powered PC in order to power the headset, and cables and wires that mean users can’t easily pack it up and take it with them. As a result, it’s most popular with gamers.

The Oculus Go doesn’t require cables, and is meant to be a higher quality version of the cheaper VR headsets that are powered by users’ smartphones, like the Samsung Gear headset.

Zuckerberg said that the new headset fits in the “sweet spot” between the Rift and other portable, smartphone-powered VR headsets. “That high quality affordable experience that doesn’t tether you to a PC,” Zuckerberg explained. “Oculus Go is the most accessible VR experience ever.”

Oculus first announced its intention to build a standalone VR headset a year ago at the same developers conference. Facebook is still trying to bring virtual reality into the mainstream, and hopes the new headset will help. Oculus has produced VR videos with celebrities like NBA star LeBron James and President Barack Obama, and recently showed off the trailer for a 40-minute VR movie, all in an effort to introduce the technology to the masses.

Facebook is also building a new VR feature called “Venues,” which Zuckerberg says will let groups of users watch live events, like concerts or sports, in one big virtual room.

In true Facebook fashion, Zuckerberg said that he wants to get “1 billion people in virtual reality.” Facebook already has three other billion-user products: Facebook, Messenger and WhatsApp.

Part of this is because CEO Mark Zuckerberg believes VR is a stepping stone technology to get people interested in augmented reality, which Facebook is also investing in. The company announced in April that it is building augmented reality glasses.

Watch live now: Mark Zuckerberg is speaking from Oculus Connect about the future of virtual reality.