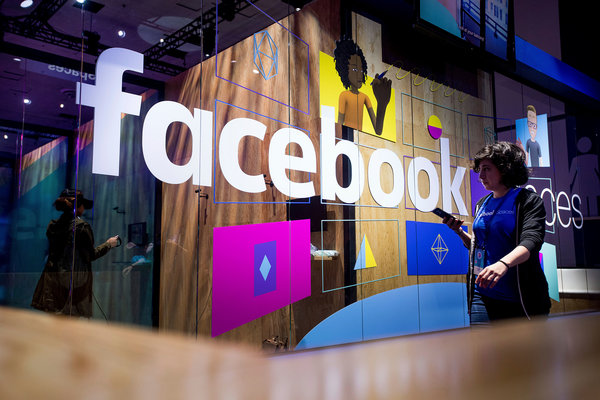 WASHINGTON — Lawmakers sent Facebook a harsh message this week over how Russian agents used the social network to spread division in the 2016 election. On Wednesday, Facebook’s top executives — including its chief executive, Mark Zuckerberg, and chief operating officer, Sheryl Sandberg — spread a different message: one of profit.

Around the time that Facebook wrapped up its attendance at hearings on Capitol Hill over Russian meddling in the 2016 presidential election on Wednesday, the company reported another set of blockbuster financial results. Facebook said its revenue rose 47 percent to $10.3 billion in the third quarter from a year ago, with profit surging 79 percent to $4.7 billion, handily beating Wall Street expectations.

The results showcased Facebook’s moneymaking strength in online advertising, which is precisely what the Silicon Valley company has been under fire for in Washington this week. Lawmakers questioned Facebook — as well as Google and Twitter — about how Russians may have misused online ads and other parts of their platforms to sow discord and inflame tensions in the American electorate.

Some lawmakers were particularly irked by the no shows of Mr. Zuckerberg and Ms. Sandberg at the hearings, as well as the lack of attendance by top executives from Google and Twitter. Facebook tapped Colin Stretch, its general counsel, to answer questions; Google and Twitter also sent their top lawyers.

“I’m disappointed that you’re here, and not your C.E.O.s,” Senator Angus King, an independent from Maine, said during a hearing on Wednesday morning.

Mr. Zuckerberg, who had visited China earlier this week, instead decided to speak to the company’s investors late Wednesday. In an earnings call with financial analysts and others, the chief executive said he had “expressed how upset I am that the Russians used our tools to sow mistrust. What they did is wrong and we’re not going to stand for it.”

In a statement, Mr. Zuckerberg added, “Protecting our community is more important than maximizing our profits,” noting that the amount of money Facebook is spending on security will affect the company’s bottom line.

Mr. Zuckerberg appears to have little to worry about with Facebook’s profit. The revelations of Russian interference on the tech platforms has turned sentiment against the companies, but their businesses remain robust. Last week, Google’s parent company, Alphabet, reported strong financials on the back of search advertising sales. Twitter, which has grappled with stagnating growth, also posted better-than-expected earnings last week.

On Wednesday, Facebook said its online ads business rose by 49 percent to $10.1 billion for the quarter. Much of that success continues to hinge on its ability to make money from people using smartphones; some 88 percent of Facebook’s advertising revenue is derived from mobile devices.

The performance was bolstered by Facebook’s push into video advertising, which the company has prioritized for the past two years. Advertisers are generally charged more for video ads than static ads because of the engaging nature of the content.

Mr. Zuckerberg said video would remain a top priority for the company’s revenue growth over the next three years. David Wehner, Facebook’s chief financial officer, also earmarked video as an area for heavy investment in 2018.

That spending will go into Facebook’s nascent efforts of funding new original shows for streaming, specifically on the social network. Money will also go toward making video products more “social,” said Mr. Zuckerberg, as a way to strengthen the bonds between the people who regularly use Facebook.

Another reason for the successful quarter: user growth. Already home to more than two billion people who regularly use the social network every month, Facebook’s number of users grew another 16 percent to 2.07 billion people. Some 1.37 billion people use the site on a daily basis.

To make sure that growth stays on track, Facebook plans to spend even more. The company said it employs more than 23,000 full-time workers, up 47 percent from the same period a year ago. Facebook reported more than $1.76 billion in capital expenditures.

More hiring is in the works. During this week’s hearings, Facebook executives said they planned to hire 10,000 more workers to increase safety and review content across the platform, doubling to 20,000 reviewers. Facebook and other companies typically use less expensive third-party companies, not full-time in-house employees, to review content.

Facebook also said it would keep investing in its still-fledgling virtual and augmented reality businesses.

The company also made clear that even as it has faced grilling from lawmakers over what has been posted and shared on its site by Russian actors, it will not go overboard by stifling free expression on the social network.

“We believe that ads are important to free expression,” Ms. Sandberg said during the earnings call. “But we will also do our part to elevate the quality of those ads.”