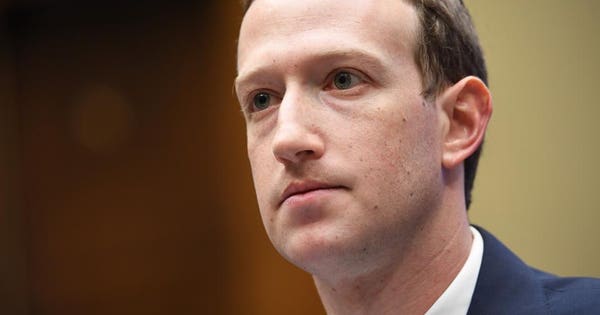 All the signs are that Facebook is about to launch its cryptocurrency on June 18, a project known internally as Libra, and that soon, apparently, we will all be using. So what are the implications of a company with 2.4 billion users launching its own currency?

Strategically, the movement makes sense for Facebook: at a time when many question the its dominance of social networks and when a majority of its own shareholders say they want to see the back of Mark Zuckerberg, the company announces a very ambitious project of universal appeal giving it a central role in the world economy, in the wake of innumerable cryptocurrency projects of dubious legality, irresponsibly speculative and wasteful in terms of energy, aimed among others at people in countries with unstable currencies or limited banking penetration. As Jack Dorsey has said, this maybe the perfect moment to create a universal currency for the Internet era, reflecting the trend toward a universalization of the world. However, what is less clear is whether this currency should be in the hands of Facebook.

Technically, the project is not terribly interesting: although the company has hired a lot of talent with experience in the world of cryptocurrencies, what it has built is a stablecoin anchored to a basket of currencies, securities and organizations to avoid excessive control by a single player (including Facebook), and thus any potential speculation: the company has spoken with financial institutions to provide capital in the form of billions of dollars of international fiduciary coins and low risk securities as collateral to stabilize the price of the currency. Companies interested in operating a node have to contribute $10 million to validate transactions with the currency, to vote in future operations and above all to avoid argument about Facebook’s excessive power. The company plans to cede control of its cryptocurrency to an external independent foundation based in Switzerland.

Facebook’s currency can be transferred at no cost through Facebook products, including Messenger and WhatsApp, and the company is working with retailers to accept it as payment, which may involve commissions and possibly some agreement with ATM network managers to allow exchange with other currencies. There may even be incentives for users ranging from payment for advertising to promotions of schemes similar to loyalty programs. The company may even pay interest to users for deposits in its currency, a move designed to avoid suspicion of the company holding onto interest.

In addition to the attention the project will attract, including from the regulators, it will raise awareness of cryptocurrencies, dynamizing the environment and possibly helping it evolve. Facebook’s currency is designed to be user friendly and as easy as any other conventional currency, allowing everybody, not just the experts, to join it.

The currency will also allow us to know once and for all how many real users Facebook has: they will all need to be identified in order to prevent money laundering or other criminal uses. This will be particularly important in failed states or where few people have bank accounts.

In many ways, a universal currency, drawing on the experience of other cryptocurrencies and aimed at populations who for many reasons are outside the traditional economy sounds like a good idea. However, the problem is that the company behind has the worst reputation for privacy, along with ethical standards that have seen it involved in accusations of electoral manipulation and even genocide. As far as Facebook is concerned, its users are raw material, and the idea it would have access to my financial records terrifies me.

I don’t care if it tasks other companies with managing its new cryptocurrency: in the past, Facebook’s problems have emerged after it made accomplices of the companies that invested massive sums in advertising on its network: it has shown no compunction in alienating them, turning them into slaves who believe that Facebook is the answer to all their needs and that it is worth betraying every principle to get their advertising in front of potential buyers. This is what makes a potentially interesting project so frightening: because I know that any potential misuse of it will be allowed by a company that, until now, has allowed every other kind of wrongdoing. In the context of the global economy, anybody who refuses to take the right precautions can do a lot of damage. Let’s hope I’m wrong.