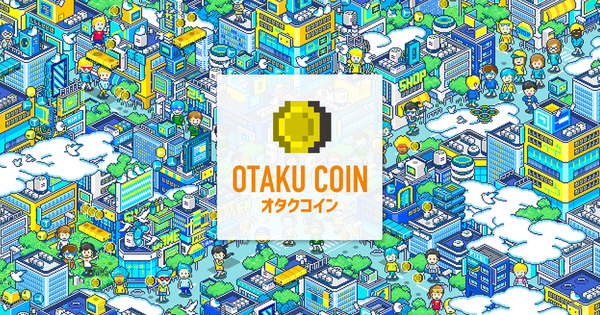 A cryptocurrency developed specifically for the Japanese industry and its fans sounds like something anime viewers would be happy about. However, as new details come out about Otaku Coin, fans in Japan and the west are increasingly skeptical.

Otaku Coin is a digital currency under the purview of Tokyo Otaku Mode (TOM), a shop and anime news site with 20 million Facebook fans. According to a concept paper TOM released in May, Otaku Coin will be a derivative of open-source cryptocurrency Ethereum.

Supervised by a board of advisors including controversial Oculus Rift founder Palmer Luckey and virtual YouTuber Kizuna Ai, Otaku Coin will be available later this summer or fall.

“Otaku Coin is a cryptocurrency which uses blockchain technology… in order to closely and seamlessly connect fans worldwide with creators and otaku-related companies. Otaku Coin will also contribute to the preservation and development of otaku culture,” the concept paper states.

Early analysis, like from cryptocurrency news site FX Empire, suggest that Otaku Coin is primed to succeed because “anime has a loyal following” already. However, anime fans seem to have already gone on high alert about Otaku Coin months before its release.

According to the concept paper for Otaku Coin, 100 billion coins will be initially created. Sixty-one percent of these coins will be used for “funding projects which will contribute to the development of otaku culture” or gifted to users to kick-start the economy. The other 39 percent will go right back to TOM for “operating expenses.”

It’s that 39 percent that has fans suspicious. A Japanese language tweet with 11,000 retweets calls the coin a “scam” while pointing out that if each Otaku Coin is worth 1 yen, TOM would be gifting itself 39 billion yen (about 356 million dollars), a lofty amount to use for operating costs.

Considering that Ethereum, which Otaku Coin is based on, is worth $700 per coin as of this writing, an initial 1 yen valuation is more than possible. But this large stash of coins to be used for operating costs is where Otaku Coin differs from its predecessor most. The founder of Ethereum has stated he owns less than .05 percent of the total distribution of the cryptocurrency.

Next, there’s the matter of how Otaku Coin will work. The concept paper suggests a mechanism by which fans can spend their coins at fan conventions and on streaming sites to watch anime and to buy merchandise. However, this is still in the works. According to an interview between TOM CEO Nao Kodaka and YouTube personality Akidearest, it hasn’t even begun.

“We haven’t negotiated anything with proposing to event companies and streaming companies to accept Otaku Coins as currency,” Kodaka states in the video.

This point was of such concern to one anime fan, Alicia Haddick, that she wrote an extensive blog post on the topic. Haddick pointed out that while the concept paper suggests that fans will be able to support the industry with their coins, the concept paper discusses this only in theory, while the more concrete applications involve spending money on TOM and the other companies involved with creating Otaku Coin in the first place.

“As it stands, it’s a scheme that utilizes the services of the companies involved to further profit under the guise, if not the ability, to improve the industry. And from a personal viewpoint, especially at this stage, I don’t see that changing,” she concluded.

Otaku Coin is still in a very early stage, and the website encourages fans to provide feedback. When fans said the cryptocurrency sounded complicated, for example, TOM responded by developing a specialty wallet that would make it easier to use.

However, it’s clear that the currency’s target audience hasn’t finished offering feedback yet. Otaku Coin will succeed or fail based on how it responds to these concerns.