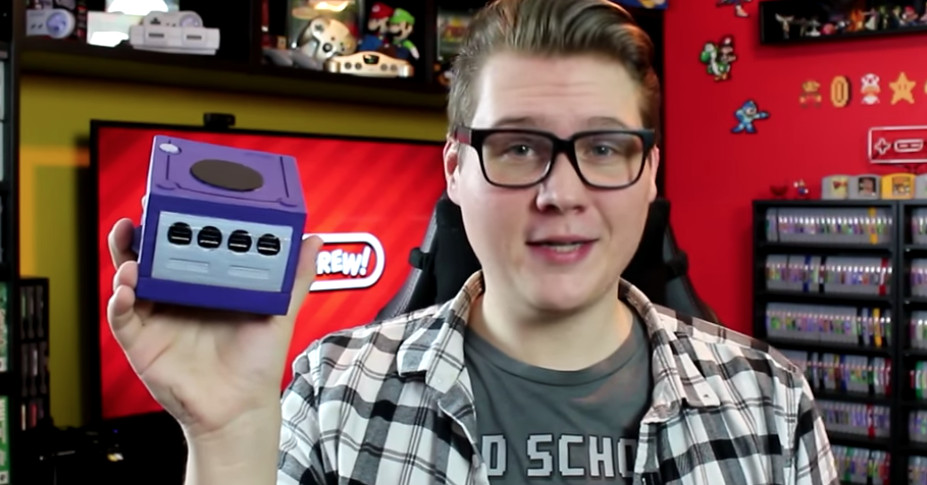 Nintendrew, the YouTube Nintendo enthusiast/all-star, whipped up a “Nintendo 64 Classic Edition” last June. Naturally, the reply was: “Now do a GameCube.” Well, now he has.

Drew isn’t just going for a chassis at the same scale as the two Classic Editions that Nintendo has made to date. He tried to make mini-GameCube that could be reasonably functional and affordable. Given the size of GameCube files relative to NES or SNES ROMs, and the hardware needed to run them, this presents a steeper challenge, especially if we’re talking about a device to be sold for less than $100.

The GameCube, he notes, needs something heftier than the Raspberry Pi, which he used in his N64 Classic. He found the Up Squared Board instead — a little bigger, and with a fan, but viable. It wasn’t a complete success — a third of the games he tested suffered noticeable slowdowns and other issues. But, Nintendrew reasons, if Nintendo were to do this they could probably work those problems out, with both the original code and by working with the hardware maker.

From there it was a matter of choosing an operating system and UI, then designing the case. That still needed ventilation and a USB hub that could support four controllers like the original GameCube. How’d he do? I’d judge this an aesthetic and functional success. Some parts of the 3D-printed case do look a little rough, but as a proof-of-concept, he hit it. As for affordability, Nintendrew notes that the Up Squared board he used fetches anywhere from $229 to $319 at retail.

“Even if you account for a direct relationship with manufacturers, odds are Nintendo would still be paying at least $100 for each unit,” he says. Part of the fun of the Classic Editions (I mean, other than the botting, the retailers’ servers crashing and the rending of garments on Twitter during pre-order day) is that they run no more than the cost of a current game.

It’s doubtful this one ever comes to pass. That said, an N64 Classic Edition trademark registration was spotted last summer, so maybe we’ll see Nintendrew’s stab at that come to life. And Nintendo says the original NES Classic Edition is coming back this summer.

Realistically, this classic-ification of Nintendo’s console fleet — even as a one-off creation — now dead ends at the GameCube. That means Nintendrew has no choice but to make an NES Classic Edition Classic Edition that is 2.5 inches by 2 inches by 0.875 inches. Get to it, Drew!