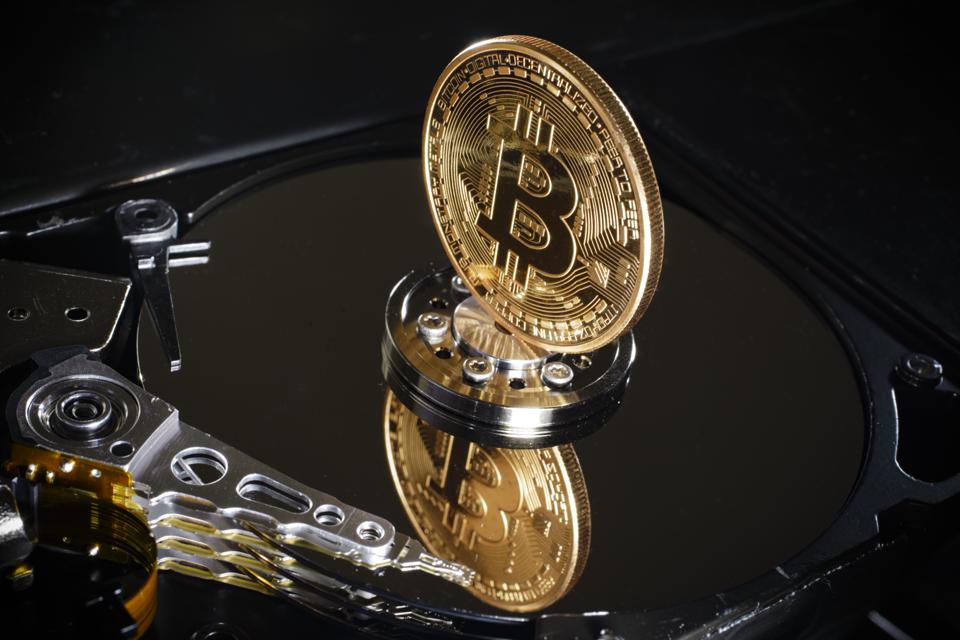 Berlin, Germany – April 10: In this photo illustration a coin of the crypto currency Bitcoin stands on a hard disk on April 10, 2018 in Berlin, Germany. (Photo Illustration by Thomas Trutschel/Photothek via Getty Images)

The wall street titan is now all in when it comes to allowing clients to trade Bitcoin futures via one of its New York desks. Goldman Sachs becomes the first regulated financial institution to offer such a service. Part of the reason the firm decided to go this route is due to several inquiries received from hedge funds, foundations and endowments which had received donations from Bitcoin millionaires. Will Goldman Sachs cosign of Bitcoin increase confidence in the digital currency?

The Breakdown You Need to Know

The legitimacy bar for digital currencies has been raised now that Goldman Sachs is going to facilitate the institutional trading of Bitcoin. They’re proceeding cautiously and will not trade actual Bitcoin initially. Instead, the bank will use its own money to trade Bitcoin futures contracts for clients. It will also trade non-deliverable forward futures where trades will be settled in the regulated currency it’s quoted in.

Bitcoin had been on a rebound the past couple of months. Interest in the currency increased over the course of 2017, which also caused volatility to skyrocket. The price of the digital currency tripled in the second half of last year, topping out at $20,000 before dropping to $8,000 in February of 2018. The cryptocurrency traded as high as $9,300 before South Korean officials raided South Korea’s largest cryptocurrency exchange, sending prices to $8,650.

While Goldman Sachs dips its toes in the cryptocurrency markets, CultureBanx found BitMEX is way ahead of the game. CEO Arthur Hayes helms this leading cryptocurrency derivative exchange. The company offers derivative products to retail investors and has a daily trading volume approaching $3 billion. BitMEX made revenue of $83 million in 2017 and posted $21 million in revenue during January of this year. The company is on track to exceed its 2018 performance. “This is the best thing you could ever have. We make more money when the market goes down. We love this volatility,” Hayes said to Bloomberg.

As institutional investors engage in these derivatives, they’ll be looking to ease their cautiousness by having a reliable benchmark for their performance. Goldman Sachs alumnus and billionaire cryptocurrency advocate Mike Novogratz announced a partnership with Bloomberg to launch the Bloomberg Galaxy Crypto Index. It will track the performance of the 10 most liquid cryptocurrencies. “This is just one more building block in the foundation which will get, at one point, pension funds and family offices and sovereign wealth funds all participating in the crypto economy,” Novogratz told Business Insider.

Bitcoin had a rough start to the year and suffered a major loss during the first quarter causing the price to plummet down 48%. Hayes noted we should be on the lookout for increased volatility in Bitcoin prices as more players enter the derivatives market for the cryptocurrency.  “People have been lulled into complacency with a market that keeps going up every day,” Hayes said on the Flux Podcast. The market got a taste of this volatility in December 2017 when the Chicago Mercantile Exchange (CME) launched Bitcoin futures trading. The Federal Reserve Bank of San Francisco went on to confirm this volatility relationship. “It is consistent with trading behavior that typically accompanies the introduction of futures markets for an asset,” the bank said. It will be interesting to see just how much volatility institutional investors are willing to stomach as more players enter the cryptocurrency derivatives market.