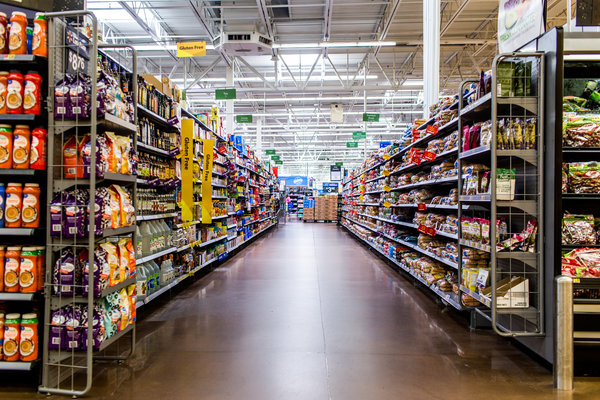 SAN FRANCISCO — Google and Walmart are testing the notion that an enemy’s enemy is a friend.

The two companies said Google would start offering Walmart products to people who shop on Google Express, the company’s online shopping mall. It’s the first time the world’s biggest retailer has made its products available online in the United States outside of its own website.

The partnership, announced on Wednesday, is a testament to the mutual threat facing both companies from Amazon.com. Amazon’s dominance in online shopping is challenging brick-and-mortar retailers like Walmart, while more people are starting web searches for products they might buy on Amazon instead of Google.

But working together does not ensure that they will be any more successful. For most consumers, Amazon remains the primary option for online shopping. No other retailer can match the size of Amazon’s inventory, the efficiency with which it moves shoppers from browsing to buying, or its many home delivery options.

The two companies said the partnership was less about how online shopping is done today, but where it is going in the future. They said that they foresaw Walmart customers reordering items they purchased in the past by speaking to Google Home, the company’s voice-controlled speaker and an answer to Amazon’s Echo. Walmart customers can also shop using the Google Assistant, the artificially intelligent software assistant found in smartphones running Google’s Android software.

Walmart customers can link their accounts to Google, allowing the technology giant to learn their past shopping behavior to better predict what they want in the future. Google said that because more than 20 percent of searches conducted on smartphones these days are done by voice, it expects voice-based shopping to be not far behind.

“We are trying to help customers shop in ways that they may have never imagined,” said Marc Lore, who is leading Walmart’s efforts to bolster its e-commerce business. He came to Walmart last year after the retailer bought the company he founded, Jet.com.

Google is a laggard in e-commerce. Since starting a shopping service in 2013, it has struggled to gather significant momentum. Initially, it offered free same-day delivery before scrapping it. It also tried delivery of groceries before abandoning that, too.

The partnership with Google represents one of several steps that Walmart has taken over the past year to strengthen its online business.

In January, Walmart began offering free, two-day shipping on more than two million items — a move that takes direct aim at Amazon Prime, whose members who pay an annual fee for fast shipping and other services like movie streaming.

Walmart has also been trying to integrate its digital business with its vast network of more than 4,690 stores.

Many brick-and-mortar retailers are struggling with what to do with their increasingly empty stores, but Walmart is partially repurposing its stores into e-commerce fulfillment centers.

Customers can now order their groceries online and then pick them up at hundreds of stores. For some items that they purchase online and pick up in a store, customers receive a discount. In-store pickup reduces shipping costs for Walmart, but offers a similar level of convenience to the shopper as home delivery.

The efforts seem to be paying off. Walmart said last week that its online sales — including online grocery — increased 60 percent in the second quarter from a year earlier. It was a big driver in the company’s overall increase in quarterly sales.

Efforts like online grocery seem to be gaining traction, but Walmart hopes the benefits of other moves — like its $3.3 billion acquisition of Jet.com, an online retailer focused on urban millennials, and its purchase of the boutique clothing businesses Modcloth and Bonobos — will come down the road.

Some analysts question how Walmart will add to its core low-price retail business at the same time it is trying to manage bolt-on acquisitions. Google Express will offer items only from Walmart.com, and not from Jet.com or Walmart’s online clothing sites.

“Walmart can’t lose on the low-cost proposition,” said Erich Joachimsthaler, chief executive of Vivaldi, a brand consulting firm. “But convenience, convenience that is where the game lies.”

In July, about 83.6 million people visited Walmart’s website, nearly half as many visitors as Amazon had, according to comScore, a media measurement company. Jet drew an additional 10.9 million visitors.

“I am not saying Walmart is ever going to catch Amazon online,” said Craig Johnson, president of Customer Growth Partners, a retail research and consulting firm. “But instead of being embarrassed by Amazon, it can be a strong No. 2.”