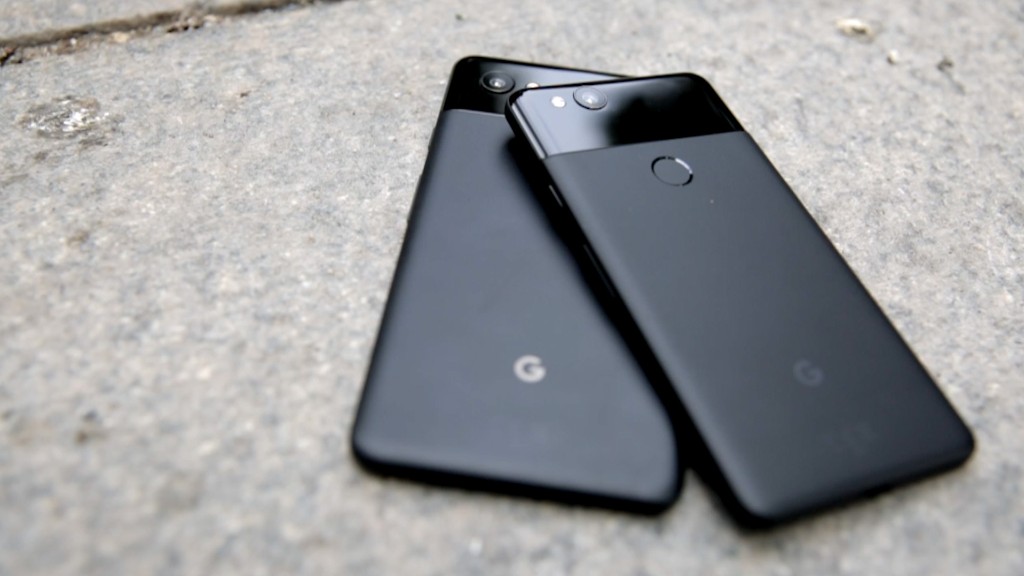 Hands on with Google’s Pixel 2 smartphone

The burger emoji is sparking some controversy online.

Google’s version of the emoji on Android shows the cheese beneath the burger and above the bun. While the cheese placement isn’t new, a writer and media analyst started a debate that went viral over the weekend over whether or not it should be placed on top or below the burger.

“I think we need to have a discussion about how Google’s burger emoji is placing the cheese underneath the burger, while Apple puts it on top,” he tweeted.

Twitter users were quick to weigh in on what they thought was the proper order of a burger’s toppings.

“Obviously, cheese must be on top of meat,” wrote one Twitter user.

I think we need to have a discussion about how Google’s burger emoji is placing the cheese underneath the burger, while Apple puts it on top pic.twitter.com/PgXmCkY3Yc

“They’re both wrong. Google’s cheese is wrong, Apple’s lettuce is wrong. The correct order, from bottom up, is burger – cheese – toppings,” said another user.

Following backlash on Twitter, Google CEO Sundar Pichai tweeted he would “drop everything” on Monday to address the debate, clarifying “if folks can agree on the correct way to do this!”

However, no changes have happened yet.

Companies like Google(GOOG) and Apple(AAPL, Tech30) comes up with their own interpretation of the symbols approved by the Unicode Consortium, a nonprofit that sets the global standard for emoji and other software. That’s why emoji — like the burger — look different on iPhones than on Android devices.

Android recently redesigned its emoji following criticism that it resembles blobs.Earlier this month, Apple teased hundreds of new emoji, such as a gender neutral option, a Chinese takeout box and a hedgehog.

The burger emoji battle is fun, but let’s take a moment to point out that Microsoft is the only one that gets it completely right pic.twitter.com/csKiLwL3OK

Although there may not be a “right” way to assemble a cheeseburger, some Twitter users believe Microsoft’s depiction of the emoji was the most accurate.

“The burger emoji battle is fun, but let’s take a moment to point out that Microsoft is the only one that gets it completely right,” one user wrote.