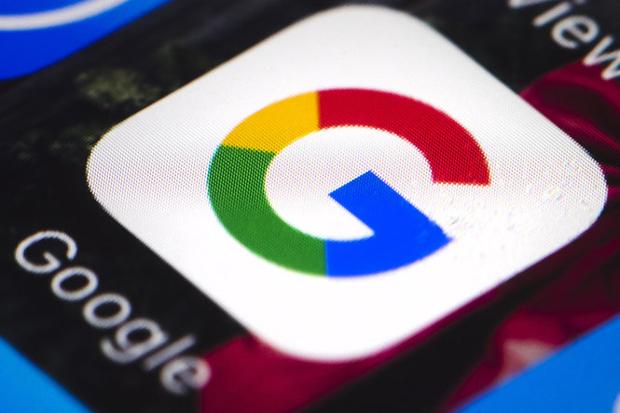 SAN FRANCISCO – Russian operatives bought ads across several of Google’s services without the company’s knowledge, the latest evidence that their campaign to influence U.S. voters was as sprawling as it was sophisticated in deploying the technology industry’s most powerful tools.

The revelation about Google, made by people familiar with an internal company investigation, adds it to a growing list of iconic tech companies used by a disinformation operation that U.S. intelligences services have said was approved by the Kremlin. Twitter and Facebook already had disclosed some Russian accounts, and U.S. investigators say other companies likely were exploited as well.

Google found that tens of thousands of dollars were spent on ads by Russian agents whose targets included Google’s YouTube and gmail services, along with the company’s signature search engine and its DoubleClick ad network, said the people familiar with the internal investigation, who spoke on the condition of anonymity to discuss matters that had not been made public. Google, which said last month it had found no signs of Russian interference, runs the world’s largest online advertising business, and YouTube is the world’s largest online video site.

Adding to the significance of the discovery, the Russian ads bought on Google do not appear to be the work of the Internet Research Agency, the shadowy Russian troll farm linked to previous disclosures by companies. Facebook has said that it, too, has been studying thousands of ads that may have been bought by operatives working somewhere other than the Internet Research Agency.

The revelations add to the evidence that the Russian disinformation campaign had not only multiple targets among U.S. technology companies but also multiple centers of operations.

“We see the Russia presence on social media metastasizing,” said Rep. Adam Schiff of California, the ranking Democrat on the House Intelligence Committee. “The extent of the Russian presence just continues to grow and grow, and I don’t think we yet have any kind of full understanding of just how expansive this presence may have been.”

Schiff said congressional investigators will ask the companies “why it has taken them so long to discover the Russian use of their technology and how thorough their forensic effort has been, what the impediments are, and how much work remains to be done, and, of course, most importantly, how are they going to ferret this out in the future.”

Researchers have said that a combination of efforts – both paid and free posts – reached many millions of people despite the relatively modest dollar totals reported so far. Disinformation flowed more heavily to voters in battleground states, potentially amplifying the electoral impact, according to Oxford University’s Project on Computational Propaganda.

Several independent researchers also have found that the Russian disinformation flowed across platforms and onto the wider Web, taking advantage of technology that allows advertisers to identify potential voters and follow and re-target ads to them based on their political inclinations. The goal was to influence voting behavior, in some cases by suppressing turnout.

“It’s a system,” said Jonathan Albright, research director of the Tow Center for Digital Journalism at Columbia University. He has studied the Russian campaign for several months. “It’s social-media marketing at an expert level. . . . This is very well executed.”

Google’s internal investigation found $4,700 of search ads and display ads that the company believes are Russian-connected, and found $53,000 of ads with political content that were purchased from Russian Internet providers, building addresses or with Russian currency, people familiar with the investigation said.

One Russian-linked account spent $7,000 on ads to promote a documentary called “You’ve Been Trumped,” a film about Donald Trump’s efforts to build a golf course in Scotland along an environmentally sensitive coastline, these people said. Another spent $36,000 on ads questioning whether President Barack Obama needed to resign. Another bought ads to promote political merchandise for Obama.

Google said in a statement Monday, after The Washington Post first reported on the Russian-linked ads on the company’s services, “We have a set of strict ads policies including limits on political ad targeting and prohibitions on targeting based on race and religion. We are taking a deeper look to investigate attempts to abuse our systems, working with researchers and other companies, and will provide assistance to ongoing inquiries.”

Facebook said last week that modeling showed that 10 million people saw the Russian-bought ads bought by the 470 pages and accounts controlled by the Internet Research Agency. But Albright, the Columbia social media researcher, reported soon after that free Facebook content affiliated with just six of those 470 pages and accounts likely reached the news feeds of users hundreds of millions of times.

Albright also has found links to Russian disinformation on Pinterest, YouTube and Instagram, as well as Twitter, Facebook and Google. Clicking on links on any of these sites allowed Russian operatives to identify and track Web users wherever they went on the Internet.

For instance, two Facebook accounts that were removed in connection to the Russian troll farm – Being Patriotic and Blacktivist – had corresponding Twitter and Instagram accounts, Albright said, reflecting a highly coordinated effort across platforms. Another account, Heart of Texas, appeared to spread photos across the social bookmarking site Pinterest.

All of these platforms, working together, helped improve the performance of the content on Facebook as well as Google’s search rankings, said Albright. And when the campaign could successfully direct American voters to YouTube, they found slickly produced disinformation videos to help shape their political views in line with Russian goals.

Twitter has said that it has shut down 201 accounts associated with the Internet Research Agency. It also disclosed that the account for the news site RT, which the company linked to the Kremlin, spent $274,100 on its platform in 2016.

Twitter has not said how many times the Russian disinformation was shared. The company is investigating that and trying to map the relationship between Russian accounts and well-known media personalities as well as influencers associated with the campaigns of Donald Trump and other candidates, said a person familiar with Twitter’s internal investigation. RT also has a sizable presence on YouTube.

Google has not said whether it will accept a similar invitation to do so.

Google discovered the Russian presence on its platforms by siphoning data from Twitter, the people familiar with Google’s investigation said. Twitter offers outsiders the ability to access a small amount of historical tweets free, and charges developers for access to the entire Twitter fire hose of data stemming back to 2006.

Google’s probe is in its early stages, the people said. Google is continuing to examine its own records and also is sharing data with Facebook.