Google’s Pixel 2 event in San Francisco on Wednesday had a lot of stuff to show off and most of it was more of the same: the next iteration of the flagship smartphone, new Home speakers and various ways of entwining them more deeply into your smart home, a new laptop that’s basically a Yoga running ChromeOS and a body camera that I’m sure we’ve seen somewhere before. Yawn. We saw stuff like this last time and are sure to see more of it again at next year’s event.

But tucked into the tail end of the presentation, Google quietly revealed that it had changed the world with a pair of wireless headphones. Not to be outdone by Apple’s Air Pods and their wirelessly-charging TicTac storage case, Google packed its headphones with the power to translate between 40 languages, literally in real-time. The company has finally done what science fiction and countless Kickstarters have been promising us, but failing to deliver on, for years. This technology could fundamentally change how we communicate across the global community.

The Google Pixel Buds are wireless headphones designed for use with the company’s new Pixel 2 handset. Once you’ve paired the phones to the handset, you can simply tap the right earpiece and issue a command to Google Assistant on the Pixel 2. You can have it play music, give you directions, place a phone call and whatnot, you know, all the standards.

But if you tell it to “Help me speak Japanese” and then start speaking in English, the phone’s speakers will output your translated words as you speak them. The other party’s reply (presumably in Japanese because otherwise what exactly are you playing at?) will then play into your ear through the Pixel Buds. As Google’s onstage demonstration illustrated, there appeared to be virtually zero lag time during the translation, though we’ll have to see how well that performance holds up in the real world with wonky WiFi connections, background noise and crosstalk.

This is a momentous breakthrough, to say the least. Just 20 years ago, if you wanted to have a passage of text translated using the internet rather than tracking down someone that actually spoke the language, you likely did it through Altavista’s Babel Fish. Launched in 1997, it supported a dozen languages but often returned translations that were barely more intelligible than the text you put in. Over the next couple of decades, translation technology steadily improved but could never compete with natural language speakers for accuracy or speed.

In the last couple of years, we’ve seen some of the biggest names in technology jump into the translation space. In 2015 Skype debuted its Live Translation feature which works with four languages for spoken audio and 50 languages over IM. However the translations weren’t really in real-time, there was a lag between when the original message was sent and when the translated version arrived.

Both of those programs are impressive in their own rights, however, they’re a far cry from the hardware that Google has developed. Cramming all of the necessary bits and pieces necessary to facilitate real-time language translation into a device small enough to fit into your ear — especially without the need for external computing power — is no easy feat. That’s not to say that people haven’t tried (looking at you, Bragi Dash Pros). 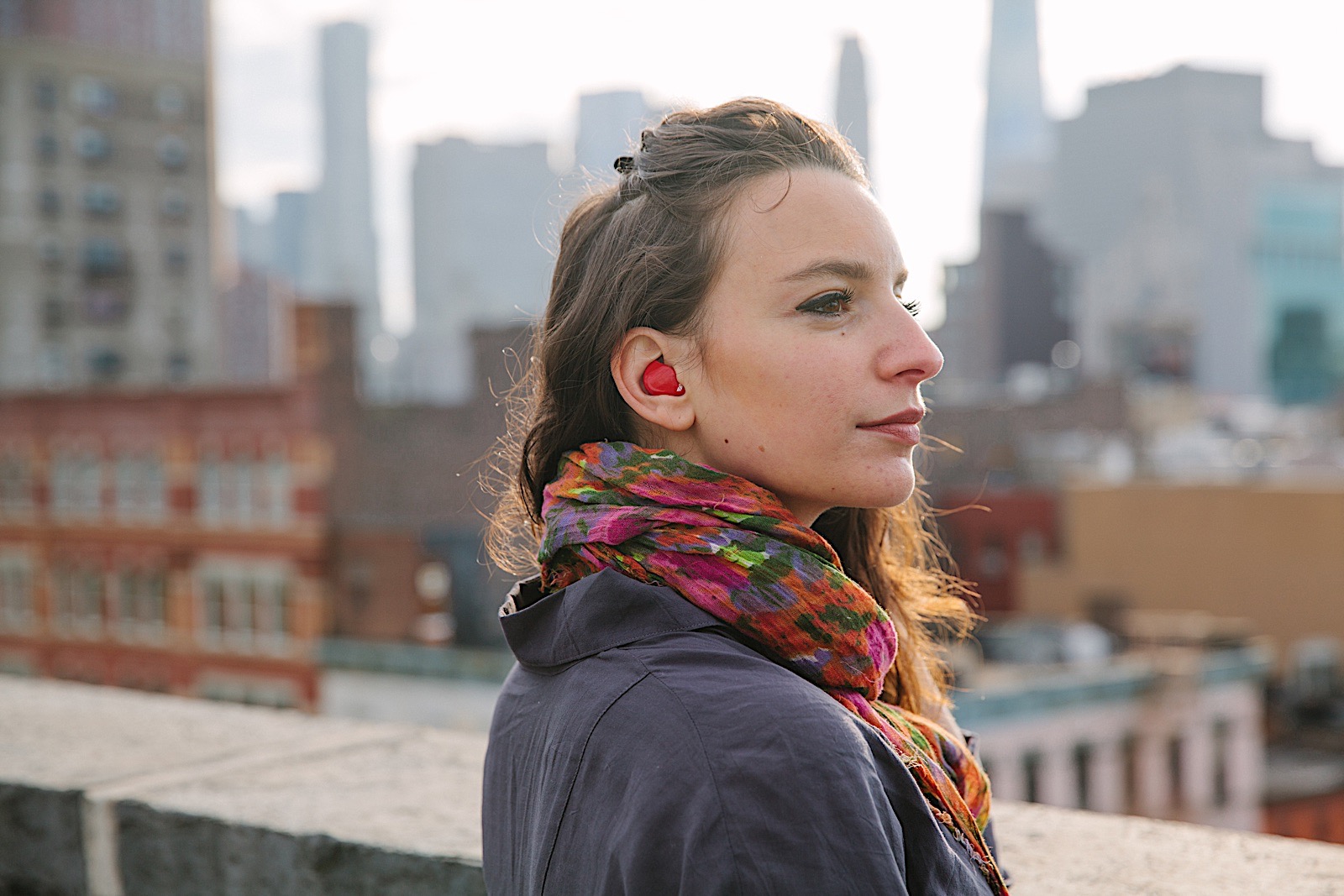 Take last year’s Indiegogo project darling, the Pilot from Waverly Labs. Reportedly leveraging “speech recognition, machine translation and the advances of wearable technology” these paired devices would be split between the people conversing and inserted into the ear. When one person speaks, the other earpiece automatically translates those words. Or at least that’s how it’s supposed to work. The crowdfunding campaign closed last year and deliveries have yet to begin, though the company states that it will begin shipping units in Fall 2017.

But there’s no need to do that now. Google didn’t just beat Waverly Labs to the punch, Google knocked them down with 25 additional languages (40 to the Pilot’s 15) and then stole their lunch money with a $160 pricetag — $140 less than what Waverly wants for the Pilot.

But this isn’t just about an industry titan curbstomping its startup competition, this technological advancement can, and likely will, have far reaching implications for the global community. It’s as close as we can get to a Douglas Adams-esque Babel Fish without having to genetically engineer one ourselves. With these devices in circulation, the barriers of communications simply fall away.

You’ll be able to walk up to nearly anybody in another country and be able to hold a fluid, natural language conversation without the need for pantomime and large hand gestures, or worry of offending with a mispronunciation. International commerce and communication could become as mundane as making a local phone call. The frictions of international diplomacy could be smoothed as well, ensuring that not only are a diplomats words faithfully translated but that a copy of the conversation is recorded as well.

Granted, this isn’t some magic bullet that will single handedly bring about world peace and harmony among all peoples. You’ll still have plenty of nonverbal and culturally insensitive means of putting your foot in your mouth but until we make like the Empire and develop Galactic Standard, Google’s Pixel Buds are our new best bet for understanding one another.

Follow all the latest news from Google’s Pixel 2 event here!