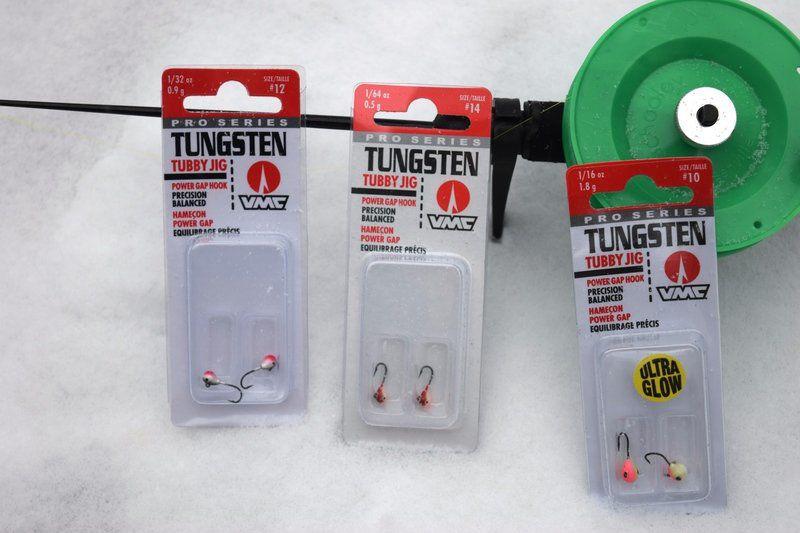 Not long ago, tungsten ice fishing jigs were rare, — mostly produced by small companies that made only them. But over the last few years tungsten jigs have become ubiquitous; there are tons on the market.

Tungsten is more dense than lead so lures of a similar weight are significantly smaller, an attractive feature for panfishermen using ultralight gear. But tungsten is more expensive than lead and a little more difficult to work with. They also sell at a premium.

VMC, one of the world’s largest hook makers, has brought out a line of panfish baits called Tubby Jigs. Available in three sizes, from 1/64th to 1/16th ounce, Tubby Jigs have a roughly pear-shaped heads and featured a wider-gapped hook than most teardrops, which leads to a better hooking ratio, and are well balanced so they hang parallel to bottom.

They are not inexpensive; expect to pay a little more than $5 for a two-pack. — Bob Gwizdz