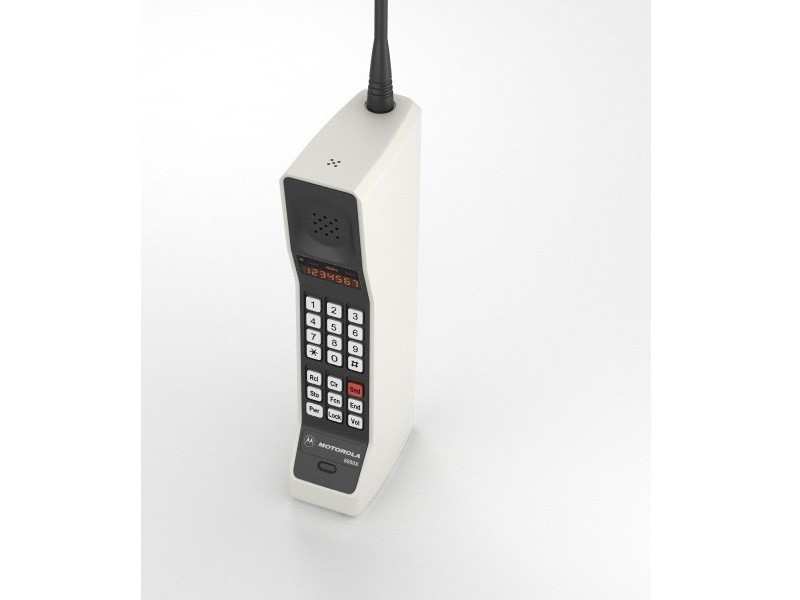 45 years ago, on this day (April 3), Martin Cooper made the first public mobile phone call in New York (US). Cooper, a Motorola employee, used Motorola DynaTAC to make the call. However, before mobile phones became mainstream, the car phones used to be the mode of communication on the go for the elite. The car radiophone service network was connected with the car’s battery and used signals that were attached to telephone networks. The car phone service worked on high power transmitter and external antennas to get their signals across. In the 1940s and 1950s, cell towers were developed that could receive signals in three hexagonal directions which powered the car phones. In India too, these car phones were used by senior government functionaries as the mode of communication.

In these last 45 years, the ubiquitous mobile phone has come a long way indeed. A life without a mobile phone could give you the feeling of going back to the stone ages. Incidentally, the Motorola DynaTAC was dubbed a “brick” – it was huge and bulky. We look at the milestones in the 45-year-old history of the mobile phone:

* The Motorola DynaTAC used by Cooper was 10 inches long and weighed a whopping 1.13 kgs. It took hours to recharge and offered just 30 minutes of talk time on a single charge.

* 10 years later in 1984, the US Federal Communications Commission gave a seal of approval to Motorola DynaTAC for public use.

* The first public DynaTAC cost a whopping $3,995 (roughly Rs 2.6 lakh). It weighed about 771 grams and its battery could last eight hours.

* It was 25 years ago that IBM began work on Simon, the first smartphone. Although the device went on sale in 1994, it was the first blend of a cell phone and a PDA (personal digital assistant) which categorised it as a smartphone. Priced at $899, it had a 4.5-inch monochrome LCD screen and came with a stylus. You could send or receive faxes; emails and it also had a Notes function – back then it wasn’t called an app.

* On July 31 1995, the then telecom minister Sukh Ram and the then chief minister of Bengal Jyoti Basu used mobile phones to speak to each other. This was the first call made on mobile devices in India.

* It’s hard to imagine now that cellphones existed without a camera. In 2000, Sharp launched its J-SH04 phone which was the first to come with a built-in camera. The phone, however, simply didn’t take off and remained within the confines of Japan. Yet, it was a milestone in the history of smartphones.

* There was a time when BlackBerry ruled the roost – it was the phone to have and it all began with BlackBerry Quark range. The Blackberry ‘Quark’ smartphones was the first to offer integrated voice calling. BlackBerry continued to create smartphones in the next few years which changed the way a smartphone was perceived – that was until Apple and Steve Jobs arrived on the scene.

* It’s one of those moments where we can invoke ‘where were you when it happened’ question as it truly changed the world of technology. In 2007, Steve Jobs unveiled the iPhone and smartphones have never been the same. The iPhone was nothing like anyone had seen before – attractive design, easy to use interface and introduced touchscreen properly to the world. The iPhone set the tone for how the world communicated and perhaps changed it forever.

* The HTC Dream was the first phone that ran Android OS. Back then it was a Linux-based OS which Google bought over and developed it. the HTC Dream (or Google G1) was the first smartphone to run the Linux-based Android operating system, which was later purchased and further developed by Google. HTC Dream was the first phone to have features like Copy Paste, pull down notifications and home screen widgets. Since it was a ‘Google’ phone it came with Gmail and Maps – features that are taken for granted now but was a huge deal back then.

* While China was always at the forefront of smartphone manufacturing, Chinese brands weren’t getting enough traction in the world. All this changed in 2013 when brands like Huawei, ZTE introduced themselves to the US market and across the world. Since then a multitude of Chinese brands have taken giant strides in the smartphone market. So much so, that they are amongst the top brands in the world and are omnipresent in countries like India.