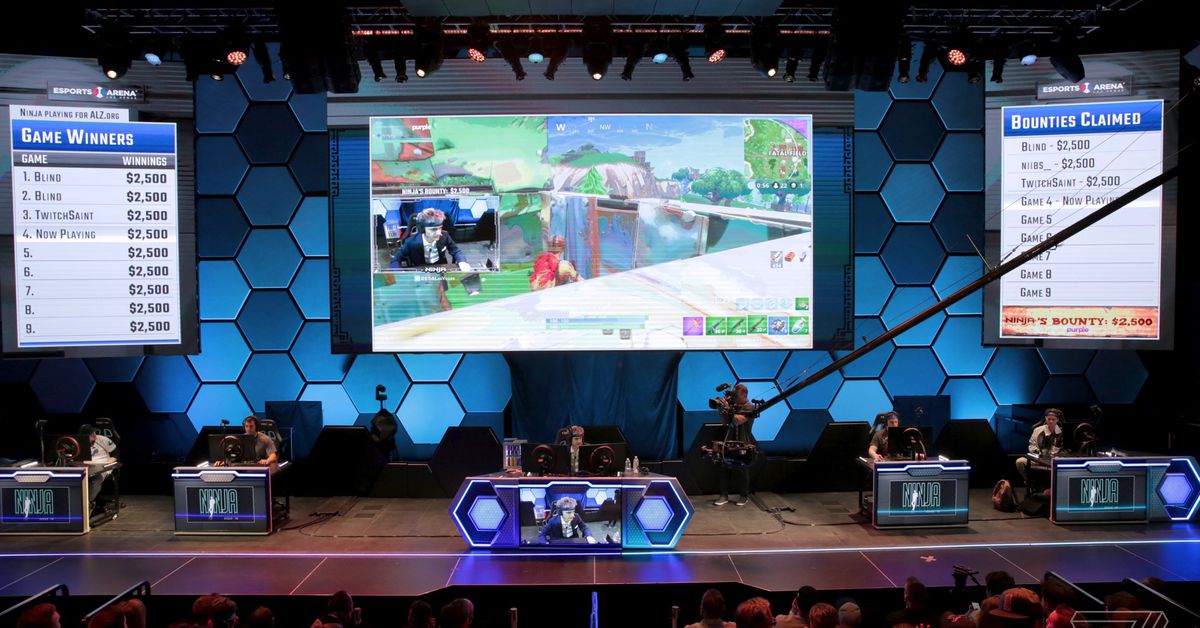 Hundreds of fans, semi-pros, and big names from the world of e-sports, YouTube, and Twitch streaming descended on the Esports Arena in Las Vegas’ Luxor hotel yesterday for a Fortnite tournament unlike anything we’ve ever seen before. The event was called Ninja Vegas 18, and it’s arguably the first big Fortnite Battle Royale tournament since the game launched back in September 2017. It was organized around massively popular Twitch streamer Tyler “Ninja” Blevins, whose reach and popularity has turned him into a celebrity practically overnight.

Yet unlike traditional games that can easily be turned into team-based competitive sports like Overwatch or League of Legends, Fortnite is a massively multiplayer game involving as many as 100 people competing in the same match. So for this event, organizers tried an unprecedented format. For $75, any fan or casual player could purchase a ticket to compete in three of nine solo games — split up until three separate three-game heats — alongside invited professionals, streamers, and semi-pro competitive players. (I was one of those casual players who competed in the tournament, although I lost miserably in all three of my games.)

Each game included anywhere from 75 to 85 players, with a total of 233 competitors, including Ninja. Every match was played live on the floor of the Esports Arena, with each player given a dedicated booth and machine to compete on. With their names anonymized, you never knew who the other players were, so each competition rewarded smart and careful play that treated every opponent as if they could be one of the best on the planet.

If you killed Ninja in a game on your own, you won $2,500. If you won the match itself, you also won $2,500. Doing both — killing Ninja and winning — netted you $5,000. But if Ninja came out unscathed and won the game, the bounty on his head would be rolled over to the next game. Effectively, the event was nine micro-tournaments, with Ninja acting as the connective thread. He was the reason why more than 680,000 people tuned in on Twitch simultaneously at one point in the night, a new platform record for concurrent viewers, to watch the event through his player’s perspective.

Ninja himself is among the most skilled Fortnite players in the world. He’s a former Halo pro, was a signed e-sports athlete for years before retiring to stream full time last year, and his popularity derives in part from just how accomplished and composed he is under pressure with hundreds of thousands of fans watching him play and win often every single day. He’s also known for befriending and playing with celebrities like Drake, Diplo, and Joe Jonas.

But Ninja’s performance on his own wasn’t what made the event so riveting. He did nab four top-10 finishes, including two second place ones and one hard-earned victory, with the prize money he earned going to an Alzheimer’s charity of his choice. But it was the intense and mind-blowing performances — all from relatively unknown players who came to Vegas specially to make a name for themselves — that made the first Fortnite tournament such a unique and entertaining affair.

Here are four of the best moments from the nine-match series:

One of the most shocking turn of events at the tournament involved one player, a college student from Los Angeles who goes by the online name “Blind,” who showed off his skills in the first match of the evening by besting Ninja in a one-on-one bout. You can see the moment he defeats Ninja here:

Blind went on to win that match thanks to careful and strategic play. Yet he wasn’t done there. Buying a ticket to the tournament meant you got to play three back-to-back games, so Blind came into the second game of the day even hungrier. Though he did not kill Ninja that go around, he did go on to win the second game, notching two victories in a row in a fantastic performance. You can see his match two victory below:

Speaking with The Verge afterward, Blind, who wishes to remain anonymous as he’s not yet prepared to tie his real name to his online handle, said he came to the Fortnite tournament hoping to get signed. He said he’s spent the last month or so competing against other top-tier players through exclusive Discord chat servers, where scrimmages and other training sessions are often organized among pros and semi-pros. Already, Blind says he’s seeing professional organizations reaching out.

To win his first game, Blind had to defeat a highly skilled and meticulously careful player named “Niibs,” who happened to be sitting right next to me throughout my ill-fated three matches in heat one. That said, I got a front row seat to Niibs’ performance throughout. His loss to Blind, as seen above, involved the latter player having the coveted high ground, which put Niibs a severe disadvantage as the circle closed.

But in match two, Niibs made up for his loss by recouping the $2,500 snatched from his fingertips at the last possible moment by securing a mid-game kill on none other than Ninja. Asked about whether he knew he had defeated the event’s namesake player after the match, Niibs told me he did not. He was just focused on winning and making it to the end. Unfortunately, he didn’t win the match, but he did take home that $2,500.

Ninja scores his first, and only, victory in match four

Ninja didn’t have the best of luck in heat one, but he returned for heat two with a new slate of opponents and managed to perform a lot better. In the first match of the heat, Ninja secured a victory with a modest total of 5 kills by besting a player who was pulled up onstage to compete on one of the handful of featured stations at the Esports Arena.

The fight was tense, with Ninja’s opponent having both a rocket launcher and a health advantage. But sensing the player had run out of ammo, Ninja pushed aggressively with his shotgun and found himself in a tense cover-building battle that ended with well-placed shotgun blast to his opponent’s most vulnerable area, winning Ninja the match and setting off a victory celebration that included some of his signature on-screen graphical overlays and some slick dance moves. You can see the final fight and the celebration by scrolling to 01:24:00 here:

The biggest surprise of the evening came late, in match eight in the third heat, when a player known only to the crowd as “4DRStorm” pulled off a wildly impressive three-kill streak to win himself the match. He started it by first dropped an entire tower using a rocket launcher in a strategic play that saw his opponent’s loot rain down from the sky in front of him.

4DRStorm went on to secure a direct rocket kill followed up by a game-winning rocket hit on the only other player left standing. It was an amazing performance, exhibiting extreme confidence under the pressure of hundreds of thousands of online viewers and hundreds more in person, with Ninja himself commentating as he had already been knocked out.

When he won the match, and the Esports Arena camera singled him out on the live feed, the crowd was pleasantly shocked to see a bright-eyed teenager who it turns out is only 14 years old. He was at a loss for words when asked how he felt about his victory, and he looked visibly shocked to have even secured the win. But his in-game skills, confidence, and composure are undeniable, and it’s clear he has a bright future in e-sports if he sticks with it.