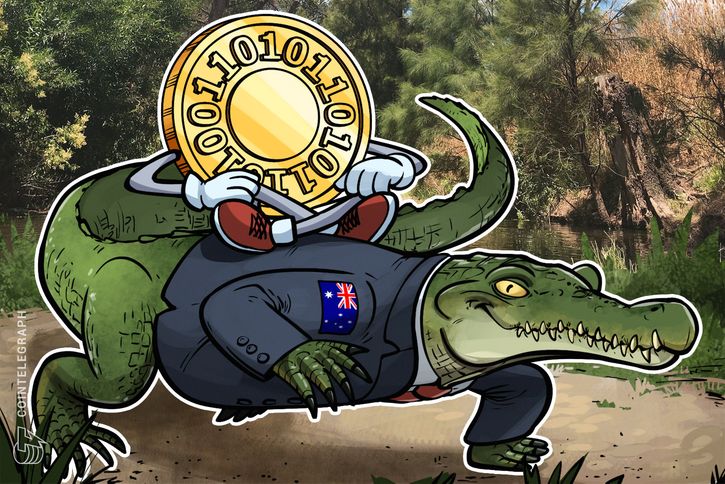 The very nature of cryptocurrencies dictate that regulation, control, and by extension, a centralized system, do not fit in with what they stand for. They are supposed to be totally decentralized, and therefore not dictated by many rules.

This made a lot of sense when cryptocurrencies were not in the spotlight, and not a major factor on the world stage. However, as mainstream adoption has increased, and more individuals have entered the market, so has the interest from governments and regulators around the world.

This has culminated with the G20 summit sitting down and discussing how to fit this decentralized financial system into today’s global society. However, one nation is forging its own path, not hanging around with a ‘wait-and-see’ attitude.

Australia has been very direct and positive in terms of cryptocurrency regulation and is already implementing some of its bigger plans, like exchange registration. However, their plans and rules relating to cryptocurrencies are not unreasonable, stifling, or damaging, rather, they could be viewed as progressive and potentially uplifting for both the country and cryptocurrencies in general.

Australia may not be one of the biggest markets for Bitcoin (BTC) and other cryptocurrencies, but it is a growing one. As it stands, Australia is ranked 14th globally for BTC volume by currency. At time of publishing, the Australian dollar (AUD) saw volumes of AUD $2,810,190, or 276 BTC over a 24 hour period.

To put that in perspective, Japan sits on top, with a 60 percent dominance, processing 30,1404 BTC over 24 hours. Australia’s market activities pale in comparison to Japan’s, but globally, they are a rather large player.

On April 11, the Australian government, through the Australian Transaction Reports and Analysis Centre (AUSTRAC), announced tangible plans to implement new rules on cryptocurrency exchanges. The major one being that: “Digital currency exchanges (DCE), with a business operation located in Australia must now register with AUSTRAC and meet the Government’s AML [anti money laundering]/CTF [counter terrorism financing] compliance and reporting obligations,” the announcement read.

They have already licensed three exchanges – BTC Markets, in Melbourne being the first, and Sydney-based Independent Reserve being another underpinned by the Australian Digital Commerce Association (ADCA). AUSTRAC have set a deadline of May 14 for the rest of those within the country to comply.

Blockbid, another Melbourne based exchange, became the third of these exchanges to gain an AUSTRAC license, but this comes before Blockbid’s upcoming Beta launch, furthering the company’s plans to hold a full-scale launch of Blockbid in 2019.

As is often the case with governmental regulations of cryptocurrencies, the main aim is to stop money laundering and terrorism financing through cryptocurrencies because of their anonymous and global nature. However, the report states that “regulation will also help strengthen public and consumer confidence in the sector,” AUSTRAC CEO Nicole Rose commented.

That truly is the crux of Australia’s attempts to regulate cryptocurrency in the country. The country is trying to protect citizens, and financial sector, but at the same time, trying to grow and incorporate the technology.

This latest move by Australia to licence exchanges indicates that the government is trying to get involved and in control of cryptocurrencies in their country. These licences may be tangible evidence of cryptocurrency regulation, but Australia has built up a positive outlook on digital currencies.

Australian regulators’ opinions on cryptocurrencies have also grown and expanded as the interest in digital currencies has taken off. On September 20, 2017, it was announced that Australia would be taking away their initial law on double taxation for the digital currency. The legal bill ended the practice of taxing the purchase of Bitcoin and other cryptocurrencies according to the Australian goods and services tax (GST).

Initial Coin Offerings (ICOs) have also been in their sights, with this facet of the cryptocurrency space often heavily criticized by regulators, such as the Securities and Exchange Commission in the USA, and the outright ban in China, back in Sept. 2017. Soon after China’s move, In Oct. 2017, the Australian Securities and Investments Commission (ASIC) launched its own set of guidelines for ICOs to follow.

The guidelines state that the legal treatment for the usage of ICOs depend on the natural structure of the tokens, be they security or utility based, that is to say token sales are categorized under general Australian consumer law given, that the ICO structured company is not offering financial products, as this will be regulated under the country’s Corporations Act.

Their stance was still strong, but their guidelines were at least available for ICOs to follow, letting companies deciding on going down this path where they stood depending on what type of tokens they built.

The Australian tax office has taken tangible steps to regulate and control taxable growth and expenditure with cryptocurrencies. These steps include the Australian Tax Office (ATO) using data matching and “100-point identification checks” to track down cryptocurrency investors, as well as bilateral tax treaties and anti-money laundering commitments to get more information out of the traditionally anonymous crypto sphere and markets, proving again how thorough, and determined, they are to keep cryptocurrencies in line with their policies.

All this firm and direct regulation could well get up the noses of those operating within the cryptocurrency space as they suddenly have a bevy of new rules to follow that were not even in place when they were setting up shop.

But, for the most part, the response from different industries in Australia has been positive.

Loretta Joseph, chair of the Australian Digital Commerce Association (ADCA) mentioned how her organization worked with the government in order to get a fair balance:

“The ADCA worked very closely over the last 18 months with the Australian government and regulators, AUSTRAC, to bring clarity and oversight to an industry that needed guidance and formal regulation in order to allow industry players to adhere to standards.”

“Australia, as a mature market with one regulator who is open to innovation and a government with an innovation agenda, can be a clear leader in the responsible adoption of blockchain technology.”

It is all quite obvious why these regulations are good for the Australian government, who are fighting perceived threats of money laundering and terrorist funding, but crypto businesses and the different industries that utilize cryptocurrencies, also are benefiting. More so though, this level of regulation has massive implications for the cryptocurrencies themselves.

With the rise in adoption, mass media appeal, hype and generally a push for every day people, such as those watching Ellen DeGeneres’ show, as well as John Oliver’s, to understand cryptocurrencies, the feeling is that they won’t be going away now. However, the more attention they bring also means more opinions on movements and fluctuations.

Bubble talk surrounds Bitcoin, however, such moves by Australia may actually prove it to be otherwise, this is the opinion of Australian crypto writer for Forbes, James Nguyen.

Nguyen explains how Australia has taken time and effort to build new legislation around an emerging technology. It shows, firstly, that cryptocurrencies are moving so fast that they have outgrown legacy regulations, and secondly, that Australia sees a need for active legislation on something it predicts will not go away:

“By investing resources in research and new legislation, Australia’s government shows its commitment to the perceived longevity of cryptocurrencies as it tries to answer these questions.

The government has a responsibility to protect its members and thus by amending legislation to include cryptocurrencies, rather than prohibiting them, it signals a belief of a future for the asset class beyond the market’s current exuberance.”

Gone are the days of cowering and shunning regulations for the mere fact that they infringe on some sort of exaggerated financial liberation. Banks have often tried to bring down Bitcoin in fear of them infringing on their business, using regulation as their weapon.

If cryptocurrencies are to be mainstream and adopted, and cause the financial revolution that many believe is possible, they will go a lot further in this quest if they operate within the laws.

Ryan Taylor, CEO of Dash, a prominent cryptocurrency that has goals of being globally adopted as a speedy payment system, believes that the industry, as it stands, is hungry for cryptocurrency regulation, and with exchanges in Australia now being given guidelines, there can be no more confusion.

Dash may be based in the USA, and have a strong presence in Europe, with many master nodes based there, but positive cryptocurrency regulations play a big role globally, as digital currencies are global systems.

“These are Know Your Customer (KYC) and AML rules that we’ve seen in other markets, such as the United States. The positive aspect of this announcement is that Australian authorities are providing increased regulatory certainty by designating the exact regulatory body that cryptocurrency exchanges will need to engage with moving forward. It’ll be interesting to see what happens over the next six months as the Australian market transitions to this new regulatory regime.”

“As an industry, we’ve been asking for regulatory clarity for the exchanges, and good faith in implementing these changes. This regulation seems to go in that line, but until we see how it is implemented we can’t fully judge.”

Although Australia is just one country, one country leading the way can set a precedent, but it is not necessarily true that others will follow. The G20 proved that when they said that they need to come to a general agreement on reguations, but Brazil indicated straight away that they will most likely not follow the G20 recommendations, when they are announced in July this year.

Arnold Spencer, Coinsource general counsel and former attorney for the US Department of Justice also sees it as a positive move emanating from one country, but is not convinced that this is the be-all and end-all.

“Australia’s new regulations reflect broader trends. Countries across the globe are increasingly monitoring businesses and their customers that buy and sell digital currencies to address money laundering concerns. Regulations like these will lead to widespread adoption.”

Australia has decided that there is a lot of potential in cryptocurrency.  By encompassing Blockchain, as well as financial upgrades with digital tokens, they are setting themselves up almost as a ‘first-to-market’. If the Australians can get their regulations into force earlier, they can grow a system that works for them and one that will be ahead of all others who are still undecided.