Mobile apps are a difficult business to succeed in. The competition in mobile gaming is even tougher. Where can you grow your game? Where can you even just be competitive? If you look toward emerging markets and nail it, the payoff is huge, as these regions often have massive growth potential. But these markets do present their own unique challenges.

While putting together 2018’s worldwide download leaders, I easily saw the rise of emerging markets through apps that had not been on the list in the past. Then again, while working on my most recent piece for VentureBeat, looking at the top mobile games by active users, I noticed the No. 3 game on the list (Free Fire) had a significant portion of its player base in Brazil. This is what got me thinking about the challenges of making a successful mobile game in less developed/emerging markets, and so I reached out to Garena, the maker of Free Fire, to ask them how they do it. I was put in touch with Producer Harold Teo, and he told me that the South American market was among the team’s areas of focus from the get-go.

Let’s start with some basics: Free Fire boasts more than 350 million registered players and more than 100 million of those were counted as active in Q4 2018. The game accounted for 44.5 percent of the $231.4 million in adjusted revenue Garena recorded in the fourth quarter. The company couldn’t tell me which market brings in the most revenue for Free Fire, but Apptopia’s  app intelligence indicates Brazil generated 29 percent of the game’s fourth quarter revenue, the most of any market. Keep in mind that Apptopia does not track Android revenue outside of Google Play.

Diving deeper, and based data from GameRefinery, the biggest differentiator between Free Fire and PUBG Mobile in terms of features is the use of characters with specific skills. Players buy/earn characters and develop them by earning fragments. Even though skills don’t have a significant effect on gameplay, it adds a nice additional layer for players to think about and variety to monetization on top of cosmetics.

Above: Knives Out is a mobile battle royale that’s popular in Asia.

Free Fire was one of the first battle royale games to hit the mobile market in late 2017, along with three games from NetEase (Survivor Royale, Knives Out, Rules of Survival). Garena soft-launched Free Fire in selected markets across Southeast Asia, a region the studio’s  familiar with, before going worldwide just two-and-a-half months later. Based on player feedback and retention data, Harold Teo and his team felt the game was ready to be on the worldwide stage.

“Being one of the first to market and with a focus on mobile has been beneficial to us [as it pertains to competition],” says Teo. “All of our designs and product features are made specifically for mobile users, so we didn’t have to translate anything.”

Unlike Fortnite and PUBG’s PC and console versions, Free Fire was made solely for mobile and is unavailable to play on other platforms. But Teo believes the strong focus on mobile is paying off, especially when it comes to emerging markets.

Garena strategically designed the game to be lightweight in terms of disk space required from players. It launched at 200MB and now sits at around 400MB. This was done in order to maximize its user base. Teo says Free Fire will run smoothly on almost any device, which was also done on purpose. For a size comparison, Fortnite and PUBG Mobile both easily require more than a gigabyte of disk space. Fortnite and other battle royale games also have specific hardware requirements on mobile for the games to run smoothly. This locks out a number of potential players, mostly in emerging markets.

“Lightweight games are social,” explains Teo. “People want to play with their friends and so you play the game everyone can play. In many cases, that’s Free Fire.” Top end phones have not permeated the Brazilian market like they have in China or the United States. It’s sort of like a snowball effect for users. Even if you have a great phone, playing with your friends is a much more attractive option.

I wanted to understand what else goes into having success in these less developed markets, where players are often not as comfortable making purchases online, or are simply unbanked. Teo tells me this is all tackled through intense localization efforts.

Judging by his voice on the phone, this is clearly an area he is passionate about, or at least believes very strongly in. He goes on to say “The biggest challenge for us in these markets is getting to know what the gamers really want. Not all markets have the same needs. Every single country has their own culture, language, etc. We really have to get on the ground and get our hands dirty to know what each country needs and build what each country wants”

This isn’t lip service either. In each market for Free Fire, there is a local operation team. They are in touch with the local community of gamers, where they conduct focus group studies and surveys on a regular basis. “We have one or two of these focus groups every month and each one is targeted at a specific thing. It helps is design future products and features. Players love seeing that they are being heard and getting the things they want.”

Through specially tailored in-game events, bonuses and in-game aesthetics, the Free Fire team tries to embrace the local cultures, especially surrounding real world events like Carnival in Brazil or Songkran in Thailand. It’s a nice change of pace and recognition of the excitement surrounding their local community. 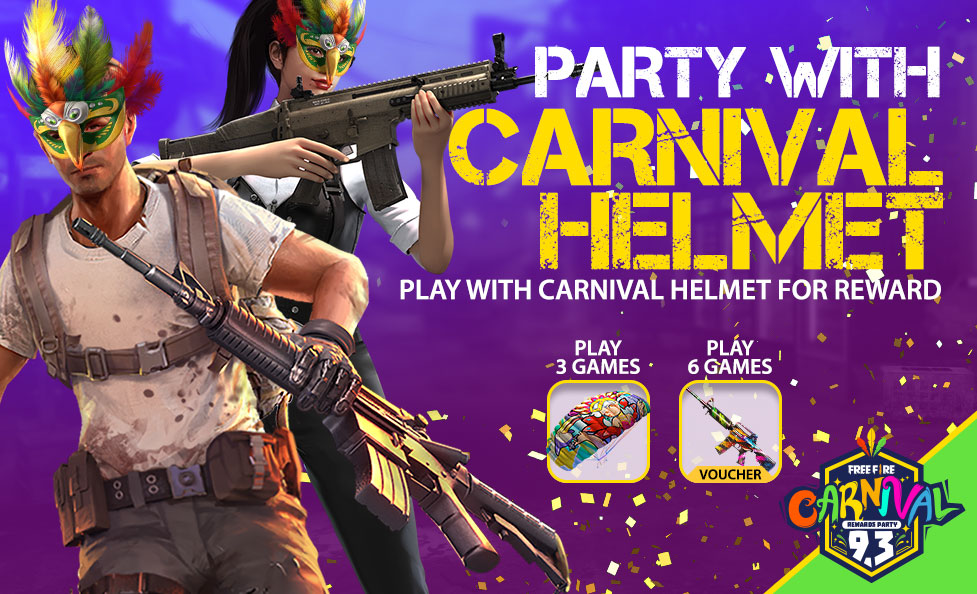 Above: Special events remain an important way to engage players — and bring them back.

Monetization is also market specific. While most gamers in the United States are already well accustomed to making purchases online, that is not always the case in other markets, particularly in South America. To address this, Teo’s team identifies pricing and payment strategies that give them the most access to their targeted user bases in each market, and gets to work on integration.

So, what’s next for Teo’s Free Fire team? He tells me esports are going to be a big focus for them in the coming months. In April, Garena is holding the Free Fire World Cup in Bangkok. The tournament will start with about 15,000 local teams and the top 12 will be flown into Bangkok to compete to be the inaugural Free Fire World Champion.

The key takeaway here is if you’re looking for growth, you need to get ahead of the curve and lay the groundwork now. Emerging markets are just that — emerging. This means there is massive growth potential moving forward if you properly educate your team on the market’s current status in mobile, and what the communities both need and desire. South American markets like Brazil and Asian markets like India are embracing mobile apps and definitely mobile games.