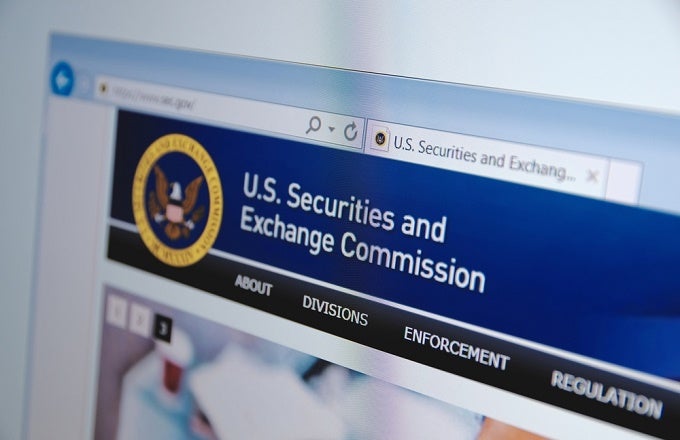 A major reason for the phenomenal growth of cryptocurrency markets in recent years has been the absence of regulation. That might change soon. Increasingly, the U.S. Securities and Exchange Commission (SEC) is providing broad hints of its intent to regulate the space.

For example, SEC Chief Jay Clayton has told reporters that most tokens were security tokens, meaning that they were to be traded like stocks and fell under the agency’s regulatory purview. After it was subpoenaed by the agency for insider trading, Coinbase, North America’s largest cryptocurrency exchange, fell in line and is said to be in talks to register as a regulated brokerage. Observers expect the SEC to announce regulations for crypto markets as soon as the end of this year. (See also: $9 Million Lost Each Day in Cryptocurrency Scams.)

The entry of SEC will fundamentally change the way in which cryptocurrency markets work. Here are three ways in which they might do so.

They Could Reduce Volatility In Crypto Markets

As they have gained mainstream traction, cryptocurrency markets have also gained a reputation for volatility. Average daily price swings of more than 20% are not uncommon. That volatility has kept large institutional investors away and created a vicious cycle in which investors stay away due to crypto market volatility and vice versa.

SEC regulation could change that dynamic.

According to Shane Brett, CEO of Gecko Governance—a company that has developed regulatory compliance tools for blockchain, institutional money is waiting for regulatory clarity of the sort already implemented in other industries, such as hedge funds. This clarity is expected to take the form of SEC rules for reporting requirements and audit trails. “Until they get that (regulation clarity), institutional investors will have to sit on the sidelines,” he says.

SEC regulations will pave the way for their entry and provide much-needed liquidity to cryptocurrency markets. From a perspective of the global financial ecosystem, the sums involved are not large. As an example, Brett says even a 1% allocation from a global manager like Fidelity (which manages trillions of dollars) could translate into millions of dollars in cryptocurrency markets. A measure of the difference that this amount could make can be gleaned from current valuations for coins. As of this writing, only 21 coins (out of the more than 1,500 available in crypto markets) have valuations greater than a million dollars.

Institutional money will prevent individual actors from manipulating crypto prices, as has been alleged in earlier reports, and lower volatility. “The days of massive returns in cryptocurrency markets are probably coming to an end shortly,” says Chris Housser, CEO and co-founder of Polymath, a startup that provides services for issuing security tokens to organizations. According to him, the introduction of regulations will narrow volatility and returns for crypto markets will mirror those from conventional venues, such as stock markets.

From a smattering of exchanges back in 2014, the number of crypto exchanges has mushroomed to 191 and counting within the last five years.

There are two reasons for this. First, creating a cryptocurrency exchange is not a capital-intensive task. Second, the absence of regulation or guidelines for creating one has significantly reduced the hurdles for launching one. This also means their operations are largely opaque and hidden from government and public scrutiny. They have benefited by generating profits without being accountable to customers and remaining outside the SEC’s purview.

SEC regulations, which run the gamut from recording trades to establishing technology systems that are audit-compliant, will inflate costs for exchanges. “For cryptocurrency exchanges, to start recording requirements, you have to question whether costs are worth it because they (requirements) are quite resource-heavy and expensive,” says Rachel Lam, vice president of regulatory strategy at Polymath.

While it is difficult to form a ballpark figure, the steep costs for compliance can be gauged from spending in another industry. Hedge funds, which had a similar growth trajectory as crypto markets back in the 1990s, are estimated to spend as much as 7% of their total operating costs on compliance. Brett from Gecko Governance posits that compliance costs are a significant reason why the average fund size has increased. “The size of hedge funds has ballooned from $100 million to a billion because they need that critical mass to be successful and cover compliance costs,” he says.

Lam says it is “very possible” that some cryptocurrency exchanges might be forced to close down or curtail their operations. “For any business owner, you have to accept what risks are acceptable to you and what resource commitments you are willing to make,” she says.

They Could Make ICOs a Viable Investment Option

Their stratospheric growth notwithstanding, initial coin offerings (ICOs) have become synonymous with scandals and broken promises. This is because there are no disclosure or reporting requirements for ICO listings. Even whitepapers, which provide project details, are not mandatory. Not surprisingly, then, a recent report claims that 81% of all ICOs are scams. (See also: Issuing An ICO: Don’t Skip This Step.)

SEC regulation could clean up the space and make them viable investment options for investors by ensuring accountability and disclosure. Regulatory clarity will also help entrepreneurs. As an example, consider the case of Josh McIver, CEO and co-founder of ULedger—a Boise, Idaho-based enterprise blockchain company. He began researching ICOs but shelved the plans after reading about SEC crackdowns.

“We’ve seen the SEC make examples over and over again of companies that are doing ICOs and are doing it wrong,” he explains. The SEC’s silence on the investment opportunity has further complicated matters for entrepreneurs like McIver. “We don’t know what they are thinking,” he says. ULedger is largely self-funded and already generates revenue, thanks to a customer roster that includes the likes of consulting firm Deloitte and government agencies in Idaho.

McIver is reversing his earlier thinking about ICOs after the SEC’s recent actions. He is dusting off the ICO plans in anticipation of regulatory specifics later this year. “ICOs are a unique way to raise capital and grow your network,” he says.

Investing in cryptocurrencies and other Initial Coin Offerings (“ICOs”) is highly risky and speculative, and this article is not a recommendation by Investopedia or the writer to invest in cryptocurrencies or other ICOs. Since each individual’s situation is unique, a qualified professional should always be consulted before making any financial decisions. Investopedia makes no representations or warranties as to the accuracy or timeliness of the information contained herein. As of the date this article was written, the author owns 0.01 bitcoin.