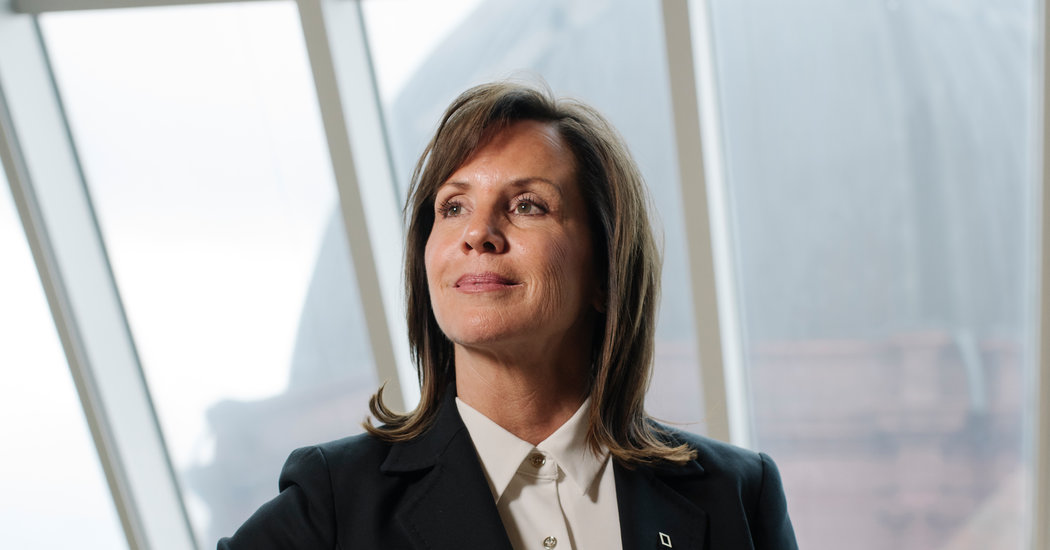 Jean Case, the chief executive of the Case Foundation, is a leader in impact investing, a movement that aims to force social change by minimizing or eliminating investors’ exposure to companies that harm the world and achieve a solid return.

Yet Ms. Case, an early signer of the Giving Pledge, a commitment by high-net-worth individuals to give at least half of their net worth to charity, said she struggled to fill just one of her portfolios with diversified impact investments.

“I haven’t found across-the-board, great impact opportunities,” said Ms. Case, who created the foundation with her husband, Steve Case, the co-founder of AOL.

If Ms. Case, with her resources and deep network in the impact-investing world, labored to fully align one of her portfolios, what chance does an ordinary affluent investor have?

Although great progress has been made with mutual funds, exchange-traded funds and private investment opportunities, the short answer is, it can be hard for any investor, particularly for those who hew to an exacting standard.

But that challenge has seemingly increased interest in impact investing, which can be difficult to achieve if a solid return is the goal. It is also hard to measure, given the differing definitions of impact investing.

Gone are the simple days when investing with a conscience meant excluding alcohol, tobacco and firearms from a portfolio. Today’s impact investors want their investments to align with a more rigorous standard of good while achieving a maximum return.

Here are some tips that even the most committed impact investor should consider.

Ms. Case said she started trying to move one portfolio to full impact investments about two and a half years ago.

“I created a portfolio and let the wealth advisers run it while I was out talking about impact investing,” Ms. Case said. After one of her quarterly meetings, she said, she realized she was invested in companies that did not match her criteria.

So she created a screening process to find only the impact investments she wanted, like companies with diverse boards solving 21st-century problems like alternative energy.

“It’s taken longer, and it’s been harder to do,” she said.

This does not come as a complete surprise to Douglas M. Cohen, managing director at Athena Capital Advisors. Mr. Cohen said that not all the options for impact investing had good track records.

Kristin Hull, the founder, chief executive and chief investment officer of Nia Impact Capital, took a different approach to this challenge. In 2007, when her family set up a foundation after the sale of her father’s trading firm to Goldman Sachs, she decided to invest only in companies that were looking to have an impact on the world and had women in positions of leadership.

She has continued this approach as she expanded her firm into advising other investors. She said one fund, which is small at $20 million, was up more than 37 percent last year — or 17 percentage points higher than the Standard & Poor’s 500-stock index in the same period.

“We’re just focusing on those companies that are playing their part in an inclusive and sustainable economy,” she said.

One of the challenges of measuring “impact investment” the way someone would measure automobile investments or oil and gas investments is the variety of ways to interpret the term.

“Everyone has a different definition of impact investments,” Mr. Cohen said. “Some people say no fossil fuels, and that’s their negative screen. Others say, ‘I understand these companies are going to exist, but I want to find the one that is doing it the best.’”

Ms. Case said she needed three things to assess an impact investment: intention to have impact, measurement of results and transparency.

“All investments have impact,” Ms. Karp said. “Jean has spent years as more of a purist than I am. She wants measurement that is more precise. I believe it’s more diffuse.”

A screening process that is too narrow can also increase the risk because clients may wind up investing in new companies or first-time funds without track records, Mr. Cohen said.

For instance, one of his clients wanted to invest only in hedge funds and private equity funds that were led by a woman, he said. What the firm came up with were funds that it would not approve for all clients because of their risk. But he suggested a slight change to the client: Loosen the criteria to focus on companies with one to two women on the senior investment team.

“That was the essence of what we were trying to get to,” Mr. Cohen said.

Amit Bouri, chief executive of the Global Impact Investing Network, said the three most robust areas for impact investing were private debt, private equity and real assets, like land or rental properties. And those areas work for the most affluent investors who can afford to have their money tied up in less-liquid investments.

But, Mr. Bouri said, “there are gaps in the market” when it comes to big, publicly traded companies. “If you’re trying to have large-cap public equity exposure, it’s hard to invest in Fortune 500 companies and identify them as impact.”

Instead, he said, with big companies, investors may need to apply a “better than the rest” approach. With this metric, for instance, the oil and gas giant ExxonMobil fares well relative to its peers because it has a diverse board.

Andrew Lee, head of impact investing and private markets at UBS Wealth Management, said measuring impact returns could be complicated when judging new companies against existing companies that are trying to make changes.

“While there are sets of metrics by sector that are accepted, it is difficult to aggregate across the portfolio,” he said. “You have to keep it by sector.”

Grade on a Curve

The individual trade-offs in impact investing make it difficult to create a general index like the S.&P. 500 to track, although several providers have tried.

R. Paul Herman, chief executive of Human Impact & Profit Investor, or HIP Investor, has developed a measurement framework for impact investments that is not unlike that of a college chemistry course. The HIP Investor Ratings provide what amounts to an actual grade and also a grade on a curve.

Mr. Herman said a good raw score for a fund was in the range of 55 to 60 in terms of its impact on society. And the relative score allows an investor to see how that fund performs against similar funds.

Companies use the measurement to gauge their investments. STOK, an architecture and engineering firm, wanted its 401(k) offerings to align with its progressive values as a company, so it asked Mr. Herman to rate its fund with HIP Investor Ratings.

Ms. Karp said investors who focused on smaller-scale investments could be purer in their measurements, but her goal was to invest trillions of dollars to affect big change.

“One of the things Cornerstone believes is, to really have impact on the world, we need to move trillions of dollars,” she said. “To do that, you need to evolve the standard of what is the discipline of impact investing.”

One solution, Ms. Karp said, would be to consider impact measurements in all investments as part of sound investing.

Setting expectations is crucial in the selection and measurement of impact investments because the manager will otherwise fail to deliver what the client wants.

“I think it’s important to lay things out up front,” Ms. Karp said. “There should be no excuses.”

The HIP ratings include the fund’s returns as another factor in actual and adjusted grades for companies. Most of the fund returns in the STOK 401(k) plan, for example, are from the middle to upper end of the HIP range.

And Mr. Bouri said his network had developed themes that people could invest in, like clean energy and affordable housing.

Still, to increase the power of impact investments, all investors are going to need to consider investments in that light.