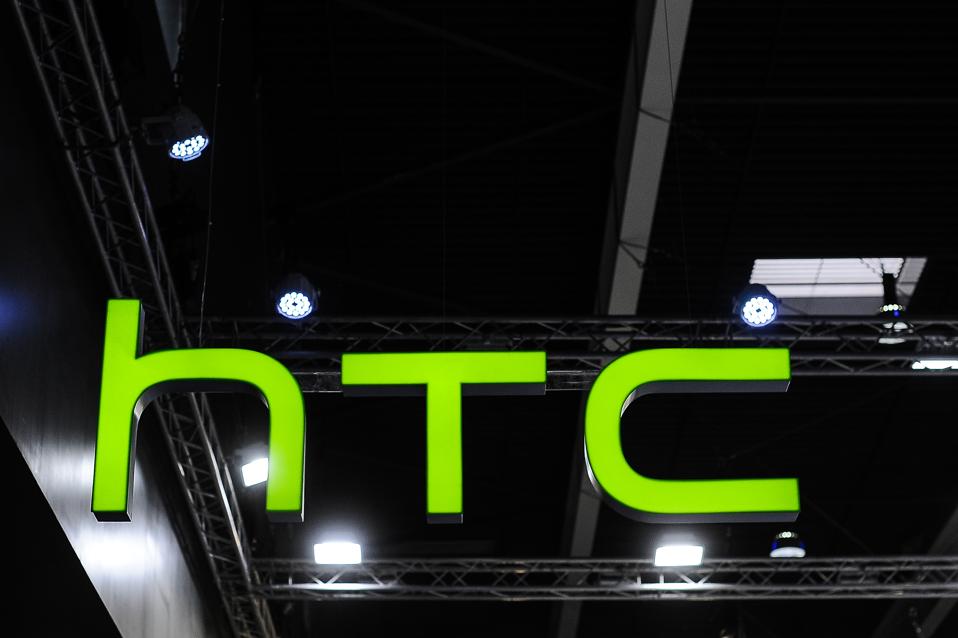 HTC led a lot of other tech firms in Android smartphones seven years ago but eventually got lapped by the competition. Now it’s trying to get out in front again. The HTC Exodus announced in mid-May will be the first smartphone from a major brand that specializes in blockchain encryption — the technology behind the secure trade of digital tokens such as  Bitcoin.

Taiwan-based HTC sees the Exodus as a handset that will let owners keep their data – likewise their cryptocurrency assets — private and secure on a device rather than in the cloud where it’s easier for nefarious outsiders to find and alter.

The Exodus will stand out as the first major name-brand model made for cryptocurrency trading and might set off a wider trend, tech analysts say.

But the phone may eventually prove too narrowly focused to make much money for its 21-year-old developer. “The worry with this trend is whether it’s just trying to capitalize on all of the cryptocurrency hype, which by itself is rather volatile, not to mention limited to a niche audience for now,” Ma says.

HTC’s media staffers in suburban Taipei declined to answer a request for comment, but a company website dedicated to the new model says the device will allow “interoperability” between blockchains and come with a “hardware stack” that will connect to multiple cryptocurrency wallets. Every phone will become a “node” for Bitcoin and Ethereum trade, it says.

“Our vision is to expand the blockchain ecosystem by creating the world’s first phone dedicated to decentralized applications and security,” the website says. “With the release of the HTC Exodus, we can now make this a reality.”

HTC’s Exodus would be the world’s second “blockchain-powered phone,” tech news website Theverge.com says. The first was called Finney and made by Sirin Labs of the U.K. The $999 device lets users store and use digital currencies without paying transaction fees.

Use of phones as a nodes on the digital currency trading network means the handset can store and relay information to the blockchain, said Nate Flanders, co-founder of Mandala Exchange, an information service for crypto traders. That process should increase speed and security.

“A mobile phone optimized for crypto trading will absolutely be of interest to market participants,” Flanders says. “Cryptocurrencies and digital assets are 24/7. There is no 4 p.m. bell and simply having the ability to plug in whenever you need can only benefit the people in this space.”

Some would-be users might also be “captivated by the concept of mining” in case the HTC’s processors, batteries and network are strong enough for that job, Ma says.

HTC is probably looking at a rush of income from cryptocurrency traders who want the convenience and security that the Exodus promises but not enough revenue to offset financial losses over the past few years. “I wouldn’t expect this to change the company’s fortunes just yet,” Ma says.

The company that has shipped more than 100 million phones to date holds a world market share of around 1%. The share peaked around 10.7% in 2011 before Android smartphone makers out-muscled it on marketing and sales channels. In 2015 it was taken off Taiwan’s blue-chip stock index and in January it sold 2,000 design staff members to Google. Those losses have led HTC to put more emphasis on its Vive-brand virtual reality gear and away from handsets. 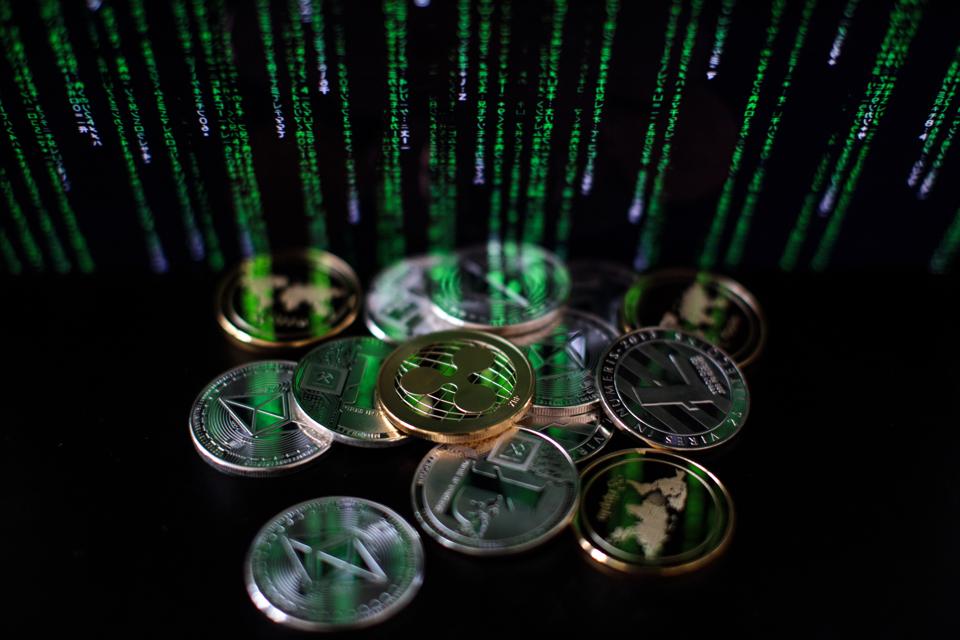 Litecoin, Ripple and Ethereum cryptocurrency ‘altcoins’ sit arranged for a photograph on April 25, 2018 in London. (Photo by Jack Taylor/Getty Images)

But the Exodus might reward HTC by giving it a “trusted platform” for digital currency-related technology that it can use later, says Shone Anstey, president and executive chairman of Blockchain Intelligence Group in Canada.

“In this coming era where users holding cryptocurrency are effectively their own bank, they will gravitate to secure mobile platforms,”  says Anstey, whose group developed a blockchain search engine.“I expect the sales volume for Exodus to be modest with the first generation,” Anstey says. “However, as cryptocurrency…goes mainstream, this platform could help HTC leapfrog its competitors.”