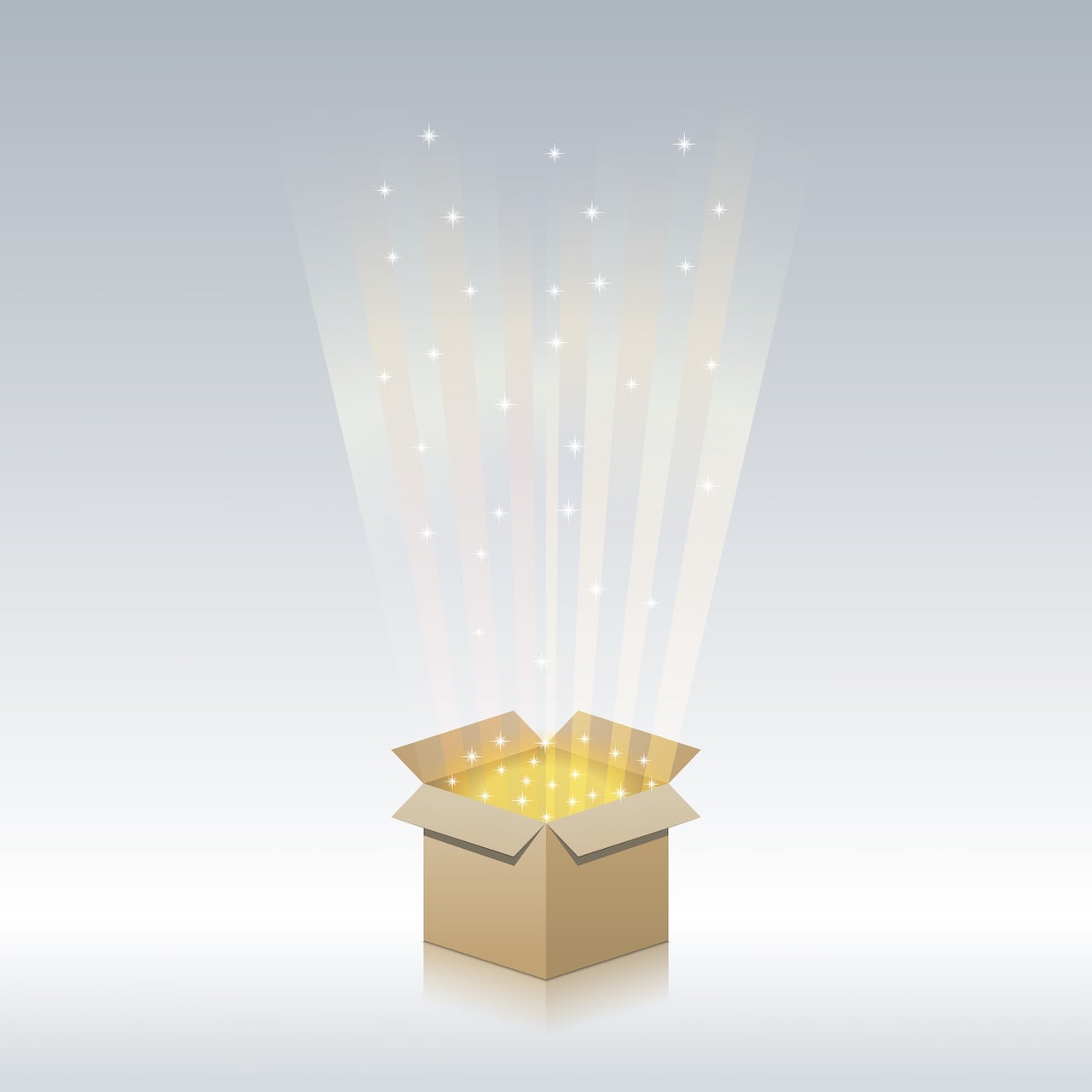 There is a new way to plunge into the feverish world of cryptocurrencies: with digital mystery boxes. Pay a fee, and receive a “box” with a supposedly random amount of cryptocurrency.

I’ve never owned a cryptocurrency, nor did I want to. I didn’t even know Dogecoin was anything but a meme until learning that its value hit a ludicrous $2 billion earlier this month. When I stumbled onto @CryptoMystery, a Twitter account selling “lottery tickets for crypto” with price tags from $25 to $1,000, I could hardly believe it was real. The account claims buyers can “win up to 8x your value!”

Mystery boxes filled with random products and sold on eBay have recently gotten popular, but at least those can be unboxed in front of a camera and turned into YouTube content. But a “box” of cryptocurrencies? Was anyone really buying into this? And were they getting what they were promised?

@CryptoMystery lets you choose what currency you’d like to use to pay, and which you’d like to receive your prize in. I created a new account, so that I wouldn’t receive preferential treatment as a journalist. I chose to receive Litecoin (Bitcoin costs a little extra because of transaction fees, so I opted for the cheapest option) and sent a $25 USD payment through PayPal.

While I waited for the coin to appear, I set out to find others who had purchased these mystery boxes. The results were mixed.

One user I found on Twitter, @CryptoSamwise, claimed they had sent money to @CryptoMystery but received nothing in return. Another Twitter user, @al_jole, said they pulled the trigger on two boxes after hearing about it on Twitter. They lost about $10 on one transaction and broke even on another, they said.

Another Twitter user, @LuminousNebulae, told me she had purchased five mystery boxes and always got something in return, but never more than she put in.

“I think it is a little shady for them to label it [a mystery], but with crypto, I just know what I’m getting into with stuff like that,” she wrote. “I just wanted to try it out ‘gambling’ like that. But it isn’t worth what you put into it, so not willing to do that anymore.”

It took almost a week, but I finally got ahold of Rich, as the person behind @CryptoMystery calls himself. He told me he jumped into the mystery box business three months ago with four others.

Was anyone really buying into this? And were they getting what they were promised?

“We came up with the mystery box idea from other video games,” Rich wrote in an email. Loot boxes have been criticized as a predatory form of in-game transaction that relies on an element of gambling to squeeze money out of players, and in November EA came under fire for the loot boxes in Star Wars Battlefront II, which one U.S. Senator called a “casino.” The company temporarily halted the sale of loot boxes as a result.

@CryptoMystery uses a “Random Ticket Hash Algorithm code,” Rich told me, in order to allocate random amounts of cryptocurrency to buyers. He said the business moves between $5,000 to $15,000 in sales per day between mystery box and jackpot purchases, a lottery that customers buy tickets for with hopes of winning a cash prize of up to $10,000 in some cases. Rich claims he doesn’t make money off the jackpots: “They are solely donated to charity.” He said his profit per day is about $800. He declined to provide proof of these sales numbers. He has “thousands of happy customers and dozens of regular daily customers,” he said.

Needless to say, this is all pretty shady. My own experience was not encouraging. After three days, I messaged the @CryptoMystery account from the account I’d used to purchase a box to ask where my coins were. I was told here was a delay and that there was just one person ahead of me in the queue. After six days, I reached out again. “Any update on this? It’s been a week,” I wrote.

“Any update on what” was the message I received back.

I quickly sent a screenshot of my payment.

“Ok sorry thought you were someone else.”

After a few more messages confirming my address and a couple of hours waiting for the transaction to go through, I checked my wallet and there was my prize: 0.0709 Litecoin, equivalent to $12.55.

CryptoMystery now has at least one competitor: CBlocks, a new service that offers boxes starting at $75 and going up to $475. “The company essentially picks five random currencies from the top 300 on CoinMarketCap, buys them from one of the many exchange desks it works with, and then ships them to your address on a USB wallet,” wrote The Next Web. “What is particularly nifty is that CBlocks also includes a sheet of paper with information about the five coins you’ve received, so you can get familiar with the technology behind them.” I’d love to try it, but after my last adventure with cryptocurrency mystery boxes, I’m a little low on cash.

Sam Hill is a reporter in Boston.