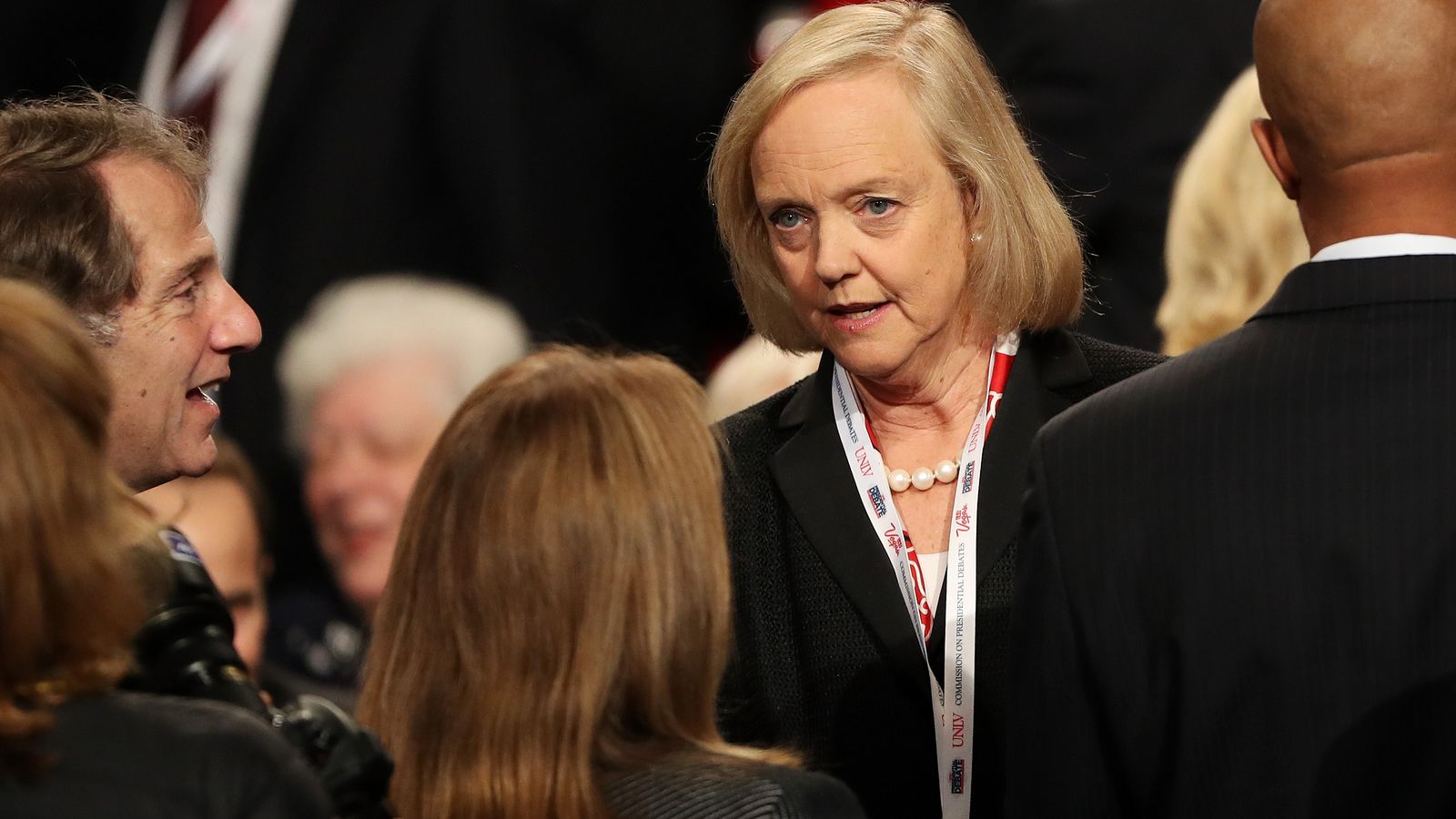 To say Hewlett Packard CEO Meg Whitman has the board of Uber over a barrel now that former General Electric CEO Jeff Immelt pulled out of its highly dysfunctional CEO search effort this morning is perhaps too much.

Let’s just say then that she’s driving the car, deciding on the route and not paying for the gas. This, even though she has not formally presented her vision to the board or even re-entered the process.

While sources close to the board insist that the race remains a two-way one — there is apparently another candidate who remains unnamed — others think Whitman is now in a pole position to extract a lot from Uber’s directors.

That’s even though she had publicly said she did not want the job two weeks ago in a tweet and in an interview. She had initially very much wanted the job and Uber was very much interested in her, especially because it has wanted to appoint a female CEO too.

That’s due to the reports of widespread sexism and some sexual harassment under the leadership of ousted CEO Travis Kalanick , which was borne out by a recent investigation the board did.

Whitman was nervous about that, as well as the possibility of more undiscovered problems at the company. “It’s one thing to have hair, but this company is a hairball,” said source, reflecting a common issue for everyone who has thought about making a bid for the CEO role at Uber.

After news of Whitman’s candidacy leaked out — here and elsewhere — and the ensuing circus that resulted made her pull out of the running.

While others have reported she is definitely accepting the job, Whitman is still on the fence said sources familiar with her thinking and she has communicated a number of changes at the car-hailing company that she would require to consider any offer lobbed her way.

That includes, most of all, an understanding that ousted Uber CEO and current board member Travis Kalanick will not be as deeply involved in the company as he has been. “His title is as ‘founder’ and that is what he needs to be,” said one person with knowledge of the situation. “That means he would be a great resource to any CEO and a helpful director, but not in any operational role.”

Whitman has much experience in this situation, having replaced eBay founder Pierre Omidyar when she took over there at the dawn of the Internet age. But the soft-spoken and unfailingly dulcet Omidyar is not exactly like the face-like-a-fist, dukes-up Kalanick.

And, to be fair, it is not a small thing to fix since Kalanick has been meddling in the company’s business, according to numerous sources internally, since he was ousted two months ago by a group of shareholders. So much so that a group of top execs prepared a formal letter to the board to ask that his role be circumscribed.

Still, Whitman is very familiar with the company as an early investor. And earlier this year, she had spent a lot of time with Kalanick and other execs trying to help them right the wobbly ship.

Also of concern to Whitman is the crazy dynamics of its board, a legitimate worry to have.

Most problematically, Kalanick and Uber’s major investor Benchmark have been embroiled in an increasingly ugly public legal battle, initiated by the Silicon Valley venture firm, which has put the other board members in the crossfire and often at cross-purposes.

Whitman wants to end all that too, by rejiggering the board and more strictly limiting its role in the operations of the business. At any other company except Uber, this is the typical way boards operate, but its board has become a corporate version of the Kardashians on a really bad day.

In addition, Whitman wants wide latitude to appoint management and rethink the structure of the business, which is also a common desire of execs taking over troubled companies.

Money, of course, is no object — Whitman is very wealthy already, although she would be in line to garner billions more if she successfully got Uber to an IPO. Her political ambitions have been muted of late — she unsuccessfully ran for governor of California as a Republican and has been on a lot of short lists for vice president. But her vehement opposition to President Donald Trump during the campaign — stronger than pretty much any tech exec — got a lot of positive notice among those not happy with the current administration.

A successful stint at Uber could certainly help those prospects a lot, which is why it will be interesting to see what Whitman does today. The Uber board was scheduled to vote today, but that might be delayed as it negotiates with her.

Like I said, Whitman e certainly is driving the process now. The question is: Does she want to?