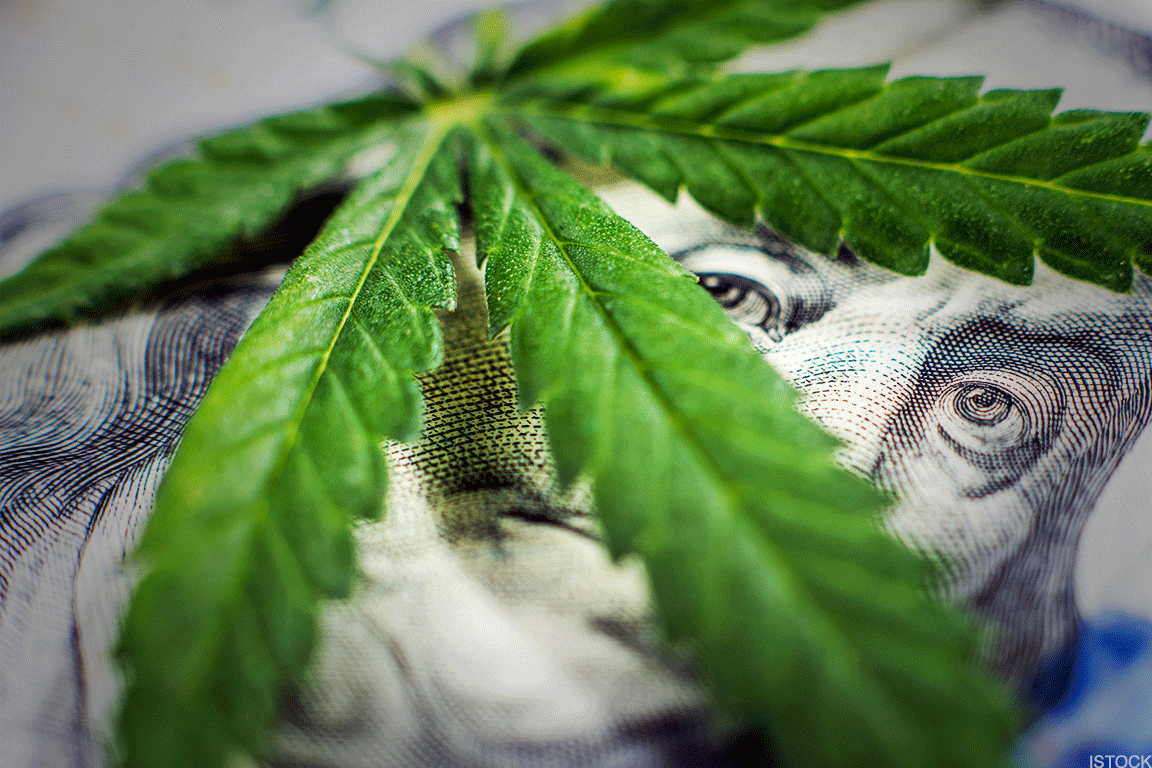 Dispensaries keep getting license to sell recreational weed products, necessitating more products from more businesses. It’s a growing industry, and people are starting to see that there’s money to be made here.

So where does that leave you, the intrigued investor? Well, you have a lot of options. Both directly and indirectly, there are a number of ways you can turn cannabis into one of the more intriguing investments in your portfolio.

If you’re wary, you wouldn’t be the only one. None of these are recommendations. Cannabis remains illegal federally, and financial resources are limited. In addition, while the industry expands, the initial stocks haven’t exploded quite the same way. People looking to make an immediate profit probably won’t find it. But if you believe in the potential of cannabis investments and are willing to make long-term investments, here are some of the ways you can do that.

Cannabis stocks are such a new and unusual investment that even compared to your usual investments, there’s no such thing as a “safe bet.” But should you choose to take a chance, medical marijuana presents you with more options. Far more states have legalized medical than recreational cannabis, and Canada has had medical weed for nearly two decades.

There are some investments that can be found on major stock exchanges both in the U.S. and Canada, however many of them exist on over-the-counter exchanges (OTC), where securities and stocks are traded through dealers as opposed to a centralized network like NASDAQ.

Some of these Canadian companies have shown themselves to be intriguing players in the market. OrganiGram (OGRMF) , a licensed producer and grower of medical marijuana, is coming off a strong Q2 as of this writing. As the number of medical cannabis patients in the country grows, so have OrganiGram’s sales, in no small part due to their production of cannabis oil.

Canopy Growth Corporation (TWMJF) is another popular option, a Canadian company that not only produces but researches and studies cannabis. The Motley Fool recently valued it at around $4.35 billion, a massive number, and noted that it has something most cannabis companies are unable to acquire: bank capital. Bank of Montreal helps finance it, giving it a leg up on the competition. One of its main competitors, Aurora Cannabis (ACBFF) , is expanding its number of growth facilities and purchased competitor CanniMed Therapeutics.

The first cannabis company to actually trade on a major U.S. exchange was a Canadian company, Cronos Group Inc. (CRON) , which trades on the NASDAQ. Like Aurora, Cronos is doing its share of growing, expanding internationally. What has drawn some people toward it is what has scared others away: volatility. Its overall decline this year hasn’t stopped it from having random days of jumping up 14%.

There are several other fairly prominent medical marijuana in Canada as well you may wish to look into, like Med ReLeaf (MEDFF) and Aphria (APHQF) .

Unfortunately, with medical cannabis not as widespread here as it is in Canada, the market is a bit lacking. This is why people have sought to find Canadian companies, which are far more plentiful.

It’s much less common than medicinal, but recreational marijuana has its highest approval rating in the U.S. since that was something surveys tracked. Cannabis is 100% legalized, including recreationally, in nine states and Washington D.C. Canada is close to legalizing recreational weed, and Prime Minister Justin Trudeau continues to say he plans on getting the law passed in the summer of 2018.

Medicinal cannabis companies will certainly benefit from the new customers, but it would also require more expenses to keep up with demand. That’s important to remember; there’s money to be made, but there’s money that must be spent too. Not every weed stock is gonna spit out profits just because it gets legalized.

Some companies, though, have been preparing for the event where recreational marijuana is legal and distribution needs to expand, and they may be worth looking into. Scott’s Miracle-Gro, Co. (SMG) has acquired multiple companies over the years like General Hydroponics and Sunlight Supply – producers of cannabis growing supplies.

One important company to keep an eye on doesn’t have a public stock to trade – yet. MedMen Enterprises is a highly successful retailer of cannabis products, with dispensaries in several states. MedMen has revealed that they plan to go public, and just how they’ll be doing it – with a reverse takeover (or RTO) of OutdoorPartner Media Corporation, which is currently unlisted. It may be worth keeping an eye on the details and when they officially go public.

As marijuana stocks become more of a common occurrence, so do marijuana exchange-traded funds (ETF). ETFs allow for trading a number of different securities in one fund, bringing a diverse portfolio. They’re tempting, but they are also even newer than cannabis stocks. And if banks are still wary of individual cannabis stocks, they’re definitely going to be wary of a fund with multiple.

Due to the number of prominent Canadian cannabis producers, the reliance on Canada’s companies and economies is thought of as another risk with ETFs. If something happens to Canada’s economy, that’s a lot of Canadian stocks you’ll have crashing at once.

Looking to get in on the ground floor of cannabis? If you want to invest directly in the production of cannabis, there’s actually a way to do that.

Hemp Inc. (HEMP) has been around since 2008 and seeks to be a one-stop shop for hemp production. Growing it, extracting ingredients from it, fiber processing, even selling products made for the maintenance of hemp. The hemp plant may be about to have a big moment, as Senate Majority Leader Mitch McConnell recently announced an upcoming bill that, if passed, would legalize industrial hemp on a federal level. If it passes, a company like Hemp Inc. that had been there this whole time working in states with their own laws would probably have an advantage against the competition.

A smart bet when dealing with marijuana investments may be to find a stock where cannabis is just one part of what the company does, or even just relates to it indirectly.

Abbvie Inc. (ABBV) , for example, is generally just a pharmaceutical stock. However, the company also marketed Marinol, an FDA-approved synthetic cannabinoid meant to help nausea and vomiting in cancer and AIDS patients. INSYS Therapeutics, Inc. (INSY) is a pharmaceutical company that got approval from the U.S. Drug Enforcement Administration (DEA) for a synthetic cannabis – despite having donated to anti-marijuana advocacy groups in the past.

Remember Canopy Growth? Constellation Brands Inc.  (STZ) , which produces several successful brands of beer and liquor like Corona, recently bought a 9.9% minority stake in the company. That’s certainly an option for those who are interested in cannabis stocks but prefer safer investments and more well-known entities.

Looking to invest in cannabis without investing in cannabis at all? Companies like Kush Bottles (KSHB) may be for you. Kush Bottles doesn’t grow, produce, or sell cannabis. They distribute bottles, packages, and supplies for cannabis wholesale to dispensaries, growers, and more. A fast-growing company with solid sales, it’s a tangential way to possibly play the cannabis market.

These all, of course, come with shared and unique risks. Cannabis stocks are more volatile than your average stock, and the legality of cannabis is always hard to define exactly. It’s a changing world for marijuana, and how you think it will continue to change will determine whether or not you want to invest.